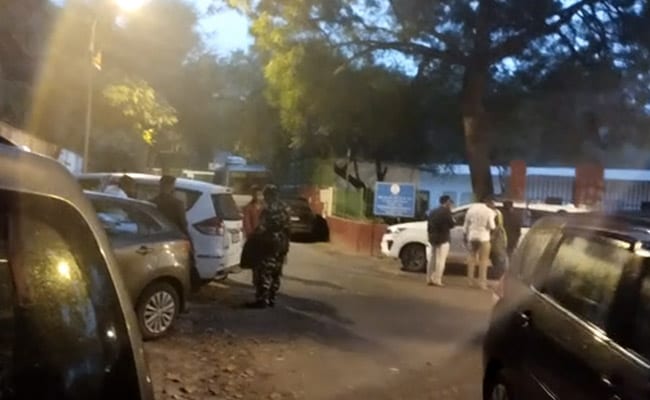 The Enforcement Directorate today launched fresh raids at about 35 locations in Delhi, Punjab and Hyderabad, deepening its money laundering probe into alleged irregularities in the now scrapped Delhi liquor policy.

The searches are being conducted at premises linked to liquor companies, distributors and supply chain networks in these states.

The action started early morning with agency teams seen leaving the headquarters for the locations.

Arvind Kejriwal, the Chief Minister of Delhi, attacked the centre and termed the raids as “dirty politics”.

“More than 500 raids, since 3 months more than 300 CBI/ED officers are working 24 hours – one to find evidence against Manish Sisodia. Can’t find anything. because nothing was done,” Mr Kejriwal tweeted in Hindi.

The money laundering case in the excise policy stems from a CBI FIR in which Delhi Deputy Chief Minister Manish Sisodia and some Delhi government bureaucrats have been named as accused.

Liquor businessman Sameer Mahendru was arrested last week by the probe agency which has conducted several rounds of raids in this case.

The Delhi Excise Policy, implemented from November 17 last year, was scrapped by Chief Minister Arvind Kejriwal government in July this year following a CBI probe recommended by Delhi Lieutenant Governor V K Saxena into its implementation. The Lieutenant Governor had also suspended eleven excise officials in connection with the case.

The CBI is investigating if the policy aided liquor cartels.