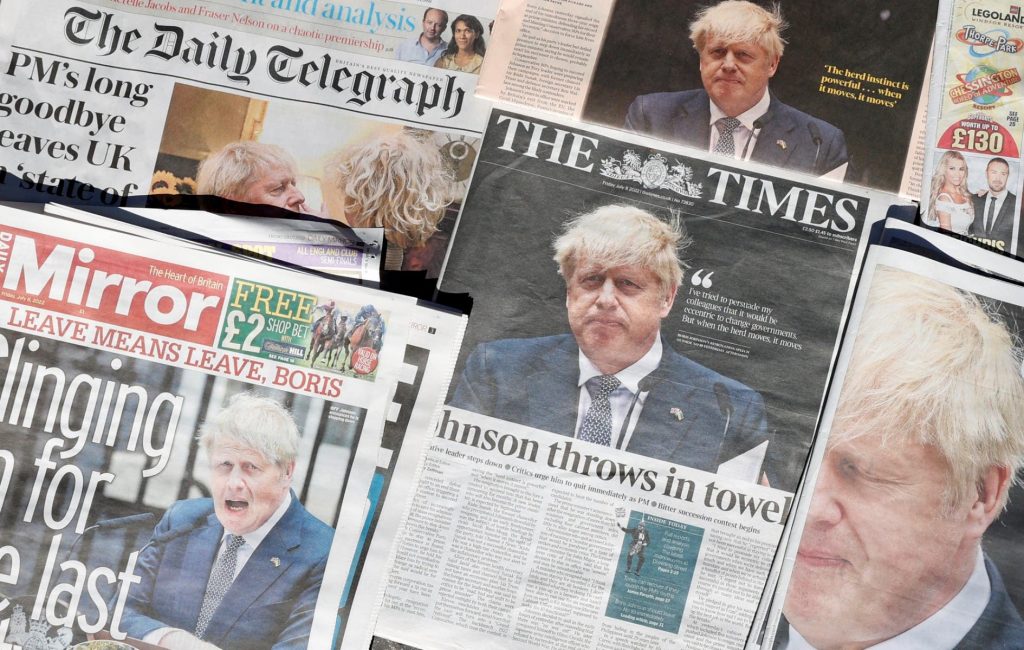 For rightist Conservative Party, choosing a visionary and able administrator as the prime minister in place of Boris Johnson has indeed become a major combative task. This was for the first time that party was deprived of a talented leader. After coming to power three years ago, Boris decapitated his party of talent. Scared of the abilities and political acumen of his rivals he threw out Rudds Hammonds, Gaukes, Clarks and Greenings. He did not allow any space to the politicians who could be construed as a better personality in the matter of competence and dignity to the governance. Boris Johnson preferred to rely on the less known mortals.

This time while picking the new incumbent for premiership the element of racism or rightist ethics are not at all the decisive elements. The primary consideration for the law makers is to pick up a person who can take out the country out of the economic morass. Obviously this has been primary factor which has made the lawmakers to zero in on Rishi Sunak. Candidates offering tax-cutting promises illustrate the limited choice they have as the Conservatives’ “primary election” approach to party democracy. Promise to lower taxes is the only way to secure votes. The people’ upsurge in Sri Lankan has scared the candidates along with the voters and made them stick to cutting of the tax.

Brexit which made Boris the prime minister, has lost some of its thrust. It has been relegated to the lower spot than the economic chaos that UK was facing. Boris had tried to survive the crisis but it proved to be a tough task. Crippled by Brexit, blasted by Covid and hunted by sanctions against Russia, the government miserably failed to protect the people and the country. The reputation of being the world economic power has been shattered. Even the Britons decipher the rule of Boris with contempt. The number of the poor has swelled during Boris’s reign.

Tax cuts, whether on incomes or businesses, have been a matter for intensive debate within the cabinet and government during last couple of years and most of the candidates have been parties to these debate. Rishi Sunak who has been systematically inching towards grabbing the coveted office and till recently the Chancellor of the Exchequer, was literally known as an inexperienced minister till some years back. But his hard work and determination to set the things right has made him the darling for the people. The fact is Sunak remains the only candidate for top job. His straight talking and lack of evasive cliche have been a breath of fresh air.

Of Sunak’s rivals, both Hunt and Penny Mordaunt have failed to capture the political imagination of the country. What is most revealing is that while Sunak has South Asian lineage , the Britons have accepted him with open arm. He nurses the right perception, but he is not a rightist. For him the economic priority of UK is of the utmost importance. It would not bean exaggeration to say that his Brexit past is a shadow on his horizon. It is also a fact that his position on the political spectrum is unclear. His recent budgets have slashed the taxes paid by UK banks while increasing national insurance contributions for workers and cutting the £20-a-week from universal credit that was given to the six million poorest families in the country.

“The Conservative Party is very diverse at the very, very top,” said Sunder Katwala, director of the equality think-tank British Future. “It’s a massive, rapid change, and it’s a level of ethnic diversity that has never been seen in any leadership field for any political party in any Western democracy. Change has happened despite the Conservatives lagging behind the left-of-center Labour Party in terms of overall diversity. Labour has been the natural home for ethnic-minority voters, as well as a champion of women’s rights. Half of Labour’s lawmakers are women and 20% come from non-white backgrounds.

In the current situation it appears the Labour has lost the initiative. It has not even tried to set an agenda which eventually the candidates would have to respond. Labour’s perception does not find an echo in the Conservative actions. Electing the new PM is the internal matter of the Conservative, but the choice would have wider implication on societal relations and economy. Labour continues to regard minorities as groups to be protected or talked about a lot – but for whatever reason it seems they can’t or won’t advance them on merit to the highest offices.

While the new PM would have to decide on the UK stand on Brexit, the Labour too would have to evolve a fresh strategy. Labour had committed itself to the EU. Jeremy Corbyn tried to make a compromise on Brexit. Now with the hard left and the extreme Eurofederalists infesting the party, the current leader Starmer would have to redesign party’s policies. Though Starmer had tried to eliminate these elements from party, he could not succeed.

In the current situation, when the exercise to choose the new PM is on, at least 30 per cent of the Britons wish to rejoin the EU, that is a big change in sentiment over the past year. Once an arch-Remainer, Starmer enraged pro-Brexit colleagues by leading calls for a second referendum before the UK formally left the EU. Since becoming leader, Starmer has sought to neutralise the issue by accepting Britain’s position outside the EU. (IPA Service)

Russia Surprises Sanction-Slappers By Exporting More Oil Than Before
Posting....