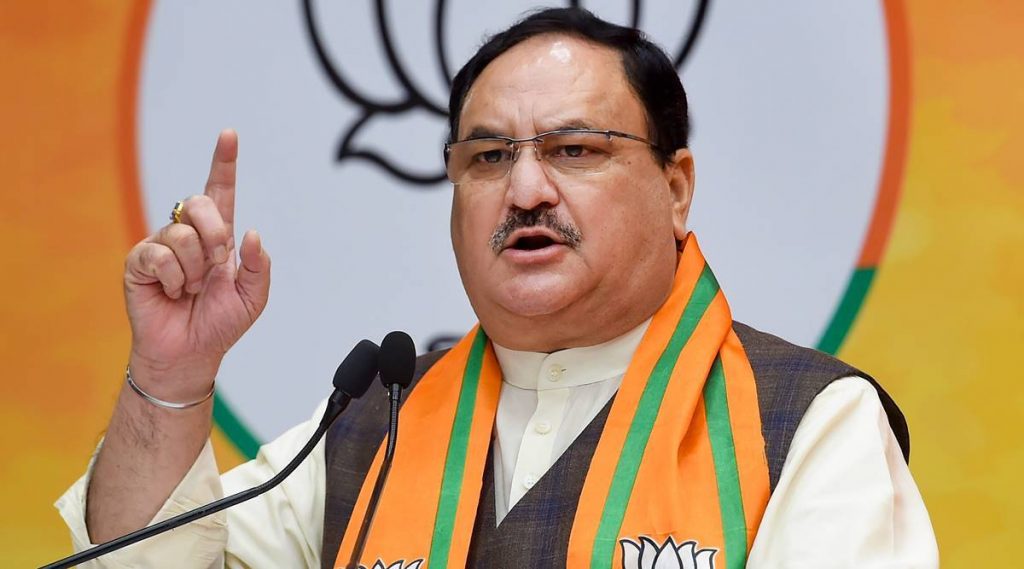 The Election Commission is investigating the allegation of the Congress that BJP president JP Nadda has violated the model code of conduct during his recent visit to Jharkhand where an assembly by-poll will be held later this month, an official said on Thursday. The Congress, which is part of the JMM-led ruling coalition in Jharkhand, on June 7 had lodged a complaint with the EC, accusing Nadda of breaching the model code of conduct by “canvassing” for the BJP’s Mandar by-election candidate at a tribal rally here, which was supposed to be a “non-electoral” programme.

“The ADM (law & order) is probing into the matter. We will be able to tell you whether any action will be taken only after analysing his report,” Ranchi Deputy Commissioner-cum-Election Officer Chhavi Ranjan told reporters. Nadda addressed the tribal rally at Ranchi’s Morabadi ground on June 5. The Congress had alleged that the BJP national president sought favour for his party’s candidate in the rally, which was a violation of the model code of conduct.

Countering the Congress’ allegation, state BJP president Deepak Prakash had claimed that the model code of conduct is applicable only in the assembly constituency where the by-election is scheduled. The by-poll will be held on June 23 and votes will be counted three days later.

Ranjan said that 14 candidates are left in the fray for the by-election to Mandar in Ranchi district. A total of 19 candidates had filed nomination papers.

Four applications have been rejected during scrutiny while one person withdrew the candidature on Thursday, the Ranchi deputy commissioner said.

Climate Change And Air Pollution Are Two Sides Of The Same Coin
Posting....