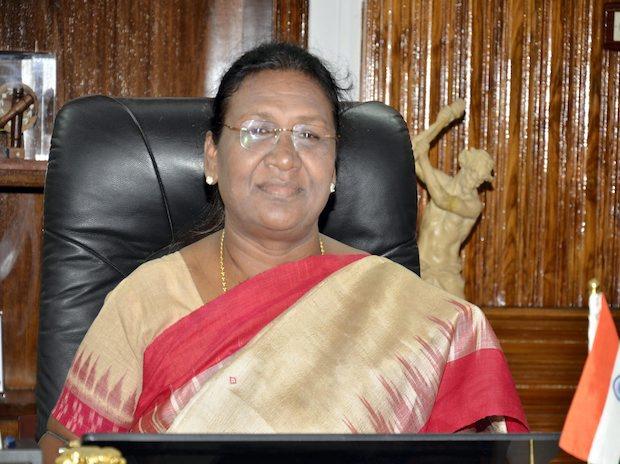 Battle lines for coming Presidential election have been drawn. The ruling NDA has set up, former Jharkhand Governor Droupadi Murmu as its presidential candidate. Murmu is a  tribal and this would be for the first time a tribal and woman would be elected President as NDA has comfortable majority majority in the electoral college with the support of the outsiders like BJD and YSRCP.

Belonging to the Santhal community from Odisha, 64-year-old, Murmu was named the Presidential candidate of the BJP-NDA on Tuesday, hours after former union Minister Yashwant Sinha was declared the joint nominee of major opposition parties including the Congress, TMC and NCP.

Sharad Pawar’s “no” to becoming Opposition‘s consensus candidate—he has said he wants to remain in active politics—is a sign that the ruling side is confident of getting its candidate through. Pawar was best placed to garner the support of non-BJP parties, given his cross party relationship over his long political career spanning half century. But after having won every election he has contested, he may not want to take risk of losing  now.

Stridently critical of the BJP, the TRS Chief and AAP are unlikely to go with the NDA. TRS chief KCR, who has expressed a desire to move to national stage, may have hoped to emerge as the opposition’s consensus choice for Rashtrapati, but there have been few takers so far.

More significantly, Odisha chief minister, Naveen Patnaik (BJD) and Andhra chief minister Jagan Mohan Reddy have indicated an open mind on supporting the NDA and met Prime Minister Narendra Modi recently. The party accounted for seven per cent of the electoral college vote; the support of even one of them will ensure a comfortable win for NDA candidate. But even without them, the BJP can be expected to pull out all stops, work on independents and smaller parties, create abstentions and rebels in the Major groups, as we saw recently in Rajya Sabha elections. The BJP will have to keep its ally Janata Dal (U),   on the right side.

The opposition is not only a divided house, it also got into the act late. First Sonia Gandhi broached the subject with a few opposition leaders, then Mamata Banerjee decided to invite 22 parties to a meeting. In a show of accommodation, the congress leaders decided to attend the meeting and mollify parties like AAP and TRS, it has indicated its willingness, to back anyone selected by consensus.

The importance of the Presidential poll for the opposition lies in effecting the maximum possible unity amongst non-BJP parties in preparation for 2014Lok Sabha polls  and going for a candidate, and who can symbolize its counter narrative.

As the results of Presidential contest will be known only on July 21, there is also a fundamental question: What kind of a President does the Republic need today? Is s/he just meant to be government’s rubber stamp, or does his role of Rashtrapati go beyond that?

The president in our set up does not enjoy executive powers. The 42nd amendment enacted during the Emergency made the advice of Council of Ministers binding on the President. Though the Janata Dal government undid many of the draconian laws enacted by Indira Gandhi, it left the provision subscribing the President’s role untouched.

Every Prime Minister has sought a President of his  or her choice. It is easier for a powerful Prime Minister who commands a majority, like Narendra Modi and Indira Gandhi to have their way. The President may be a figure head but s/he has power to appoint the PM, to ask his cabinet to reconsider a decision or to delay decisions by sitting on them, among other things.

An adventurist President like Zail Singh in 1987 was on the verge of sacking the then Prime Minister, Rajiv Gandhi despite his unprecedented majority of 414 Lok Sabha MPs and offered to swear-in Vice- President R. Venkataraman as PM instead. RV refused, and so did V P Singh. who was also sounded out. Fortunately, Zail Singh, pulled out from brink. At the last moment. (IPA Service)