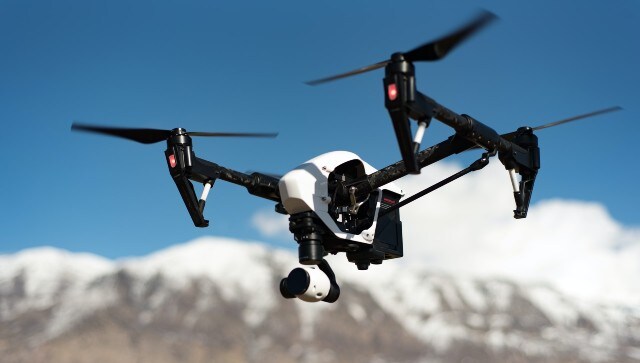 Within 10 days of India celebrating two days Bharat Drone Mahotsav 2022 on May 27-28, the technical analysis of drone seized by Indian security forces has revealed an alarming trend of increasing security threat for the country – Drones are being used in smuggling of drugs and weapons from the neighbouring countries into India. Though the present case already reported in media relates to Pakistan supported terrorist activities, India needs to be extra alert on its entire border since a number of terrorists and anti-national, and criminal groups have been reportedly operating who can smuggle contrabands to destabilize our country.

The lab that has technically analyzed the flight path of the drones seized by the Border Security Force and Punjab Police has found that drones were originated from India, were flown to Pakistan, loaded with drugs and weapon, and flown back into India. It shows that Pakistan based terrorist organization have deeper penetration in India, not only through border areas of Jammu and Kashmir, but also in Punjab. It’s a matter of serious concern not only on the point of view of Islamic terrorism but also the fear of resurgence of Khalistani terrorism in Punjab.

Indian security forces and Punjab Police have made some arrests and registered cases, but the threat cannot be dealt with the present drone policies and measures in place. India needs more concrete steps and measures in place to stop misuse of the drones. Most of the drones were found operated from villages of Amritsar and Taran Taran districts in Punjab and sent into Pakistan. According to sources, Indian operators then stopped operating. Operators in Pakistan then loaded pistols, drugs, and arms on the drones and sent them back into India. Needless to say, there are much more security risks than these incidents have revealed.

When Prime Minister Narendra Modi was inaugurating the Bharat Drone Mahotsav 2022 in New Delhi on May 27, we did not have an idea of such a misuse of drones that may put Indian security at grave risk. During the festival, PM Modi also flew a drone made by Asteria Aerospace Limited, a Bengaluru-based drone technology company, which is meant to be used for security and surveillance across industry sectors. During the two day drone festival, over 70 exhibitors were displaying various use cases of drones. PM Modi had even interacted with kisan drone pilots and enjoyed drone demonstrations.  He called the kisan drones a game-changer in India agriculture. “Agriculture is being revolutionized,” he said. Drones will be important in also improving last-mile healthcare deliver. Even during COVID, drones helped in delivering vaccines to the remotest corners of the country, he added. Over 1,600 delegates comprising government officials, foreign diplomats, armed forces, central armed police forces, public sector undertakings, private companies, and drone startups participated in the festival.

The reasons of the PM Modi’s too much enthusiasm is not difficult to understand. It was no other than himself who had intervened last year to get liberal rules for drones in the country claiming that it was to leverage India’s strengths in innovation, technology and engineering to make India a drone hub. That romantic idea had immediately caught the imagination of the dreamers within and outside the government, including the Minister of Aviation Jyotiraditya Scindia, who started propagating that the move will pave the way for air taxis soon in the Indian sky.

However, pursuing the romance of the drone, the government perhaps forgot to thoroughly discussed the inherent dangers that put the Indian security at high risks which has be revealed by the technical analysis of the seized drones now. It was not that the government or our security forces were unaware of the risks, but they just ignored them for the sake of fulfilling the dreams of our Prime Minister Narendra Modi. At that time, August 2021, the decision of getting the new liberalized Drone Rules 2021 was considered hasty with inherent dangers ignored.

Only few months ago in March 2021, the drone policy of India was changed after a terrorist incident in Jammu and Kashmir in which a drone was involved. Several incidents were reported thereafter until July 29 when suspected drones were spotted at three different places in Jammu Division, and the drones were shot down around 8 km inside the International border with Pakistan. The police had also recovered 5 kg of improvised explosive device (IED), which was to be assembled and to be used by terrorists, according to the police sources. Even only two days before the Drone Policy 2021 was adopted with the rules notified on August 26, it was reported quoting intelligence sources that terrorists were planning back-to-back drone attacks.

Central intelligence agencies had also intercepted such conversations of terrorists. There were other reported threats too, such as to the environment due to air pollution by fossil fuel the drones may be using, and also the risks of accidents due to violations of air traffic rules. It was following the intervention of the PMO the aviation ministry had junked the ruled it had put in place just few months back in March 2021. At that time the Principal Scientific Advisor to the Union Government K Vijay Raghavan had said that the present new policy had been put in place under careful monitoring directly by the Prime Minister with trust in users as its basis and to ensure economic welfare of the people.

The ‘trust in users’ logic is now proving dangerous for India’s security, because no remote pilot license is required for micro drones for non-commercial use and nano drones. The liberal licensing and lower maximum penalty for violation of rules has inherent risks to be misused by anti-social, criminal, or terrorist elements.

Even on June 7, BSF troops have to resort to firing briefly along the India-Pakistan border in Jammu district after hearing a humming sound which led to suspicion of a drone flying around. The sound was coming from a height of about 800 metres. A senior unnamed officer of the BSF has been reported saying that drone threat is present everywhere along the India-Pakistan border but security forces are alert to foil any nefarious design from across the border in the region. (IPA Service)