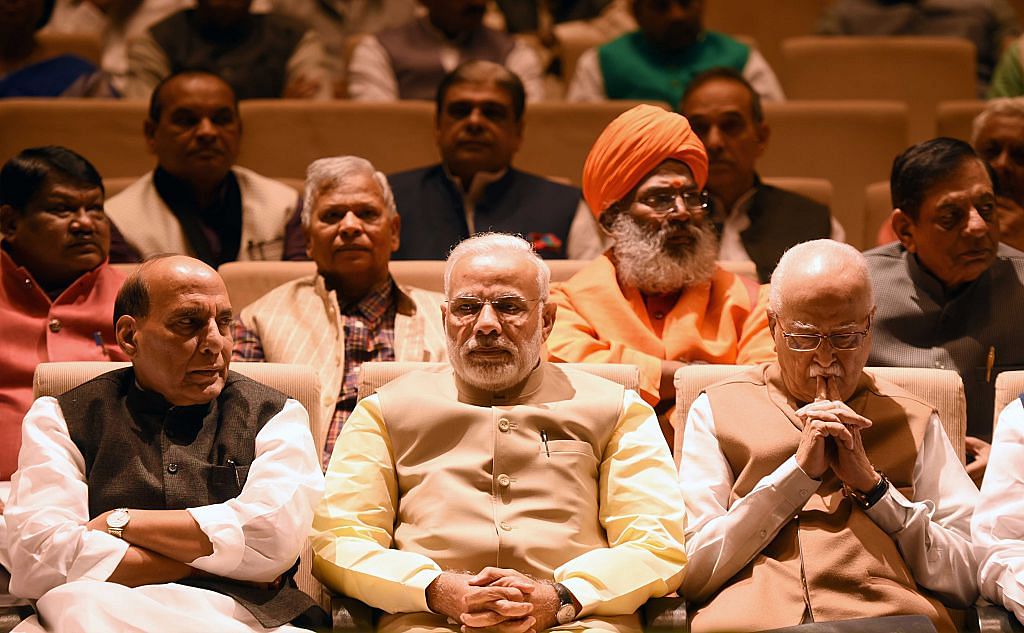 Can anybody shout Parliament has gone to the dogs and get away with it? Will such liberty with the temple of democracy invite the wrath of Parliament, a privilege notice? But how does one get the blasphemous thought out of the head? For things have certainly gone from bad to worse for Parliament. Time was when Parliament used to be a serious subject. Nowadays, there’s little good to talk about Parliament, and to write home about. Half the time it is adjournments, and the other half with MPs in the well!

This monsoon session is quite the pits. A slew of MP suspensions, all of them of honourable members of the Rajya Sabha belonging to the Opposition parties. Mamata Banerjee’s All India Trinamool Congress, MK Stalin’s DMK, KCR’s TRS, and one MP each from the CPI and the CPI(M) Honestly, are we being told that there is no need for an Opposition in Modi’s ‘New India’?

The hallowed halls of parliament house must have heard, but the walls don’t talk. That said, the warning bells had rung a couple of years ago. At least the Press and the electronic media should have caught on early, when Covid-19 first struck. “A pattern of isolating Parliament and parliamentarians from media scrutiny” was how certain journalist-bodies put it to the Lok Sabha Speaker Om Birla, demanding that he restore full media access to Parliament; for, wasn’t the Press the fourth pillar, on the same rung as the legislature?     .

The petitioners were the Press Club of India, the Editors Guild of India, the Press Association, the Delhi Union of Journalists, and the Working News Cameramen’s Association. Nothing happened. Om Birla sent them off with one of his charmingly crooked smiles. And so, since March 2020, the media has been on a leash. The excuse was Covid, but media access remains restricted even after Covid is on the retreat.

Season passes were suspended in March 2021. Now there are only daily passes, with criteria not set. “Personal contacts” help. The Central Hall is out of bounds for journalists. Again, a meeting with ‘The Birla’ did not break the shackles.

The Modi government controls access to Parliament like it is a personal fiefdom. The media remains corralled in their offices, and in the Press Club of India, where members hang on to pegs for company, while the proceedings in Parliament or the lack of them are telecast by Sansad TV.

Apparently, only MPs and their personal  staff are given access. Letters to Om Birla to restore “full access for journalists”, and to issue full-season media passes have fallen on his deaf ears. The Press Club of India noticed how Parliament had become lifeless without the media. “What if something unusual is happening, against the ethos and sovereignty of the parliament, shouldn’t it be reported?” asked a Press Club of India office-bearer.

He was right. There’s lots that is “unusual” happening in Parliament; like the suspensions, for instance. The invasions into the well of the house, for another. The pushing, and the pulling. House marshals are compelled to use force to enforce rules. The Prime Minister is not readily available; not present when he should have been present. These and other unusual things, including discussing family courts in the face of price rise and GST on curd!

But now the people know. People knew even in 2014, but they were lulled into believing that Prime Minister Narendra Modi wasn’t the ogre he was painted out to be. During the first of his two terms, the BJP actually gave Parliament its due. But in his second term so far, the tables have been turned. The treasury has a free run of both the houses.

And in the Lok Sabha, and in the Rajya Sabha, the writ of the Modi dispensation runs. Presiding officers of both houses have no compunctions in warding off notices given to initiate motions for debating important issues roiling the nation, such as inflation, GST and other issues that have a direct bearing on the country’s growth and development.

In the process, tens of hundreds of crores of rupees are lost to pandemonium, forays into the well of the house, and walkouts. According to a 2017 report, every one minute of Parliament cost the government exchequer Rs. 2.5 lakh. That level of wastage of taxpayer money must have doubled, but who cares? From all indications, the country’s coffers are overflowing with loads of taxpayer cash to spend on a central vista, a new parliament house with four snarling lions with their backs to each other, none of them with the clear conscience to look the other in the eye! (IPA Service)