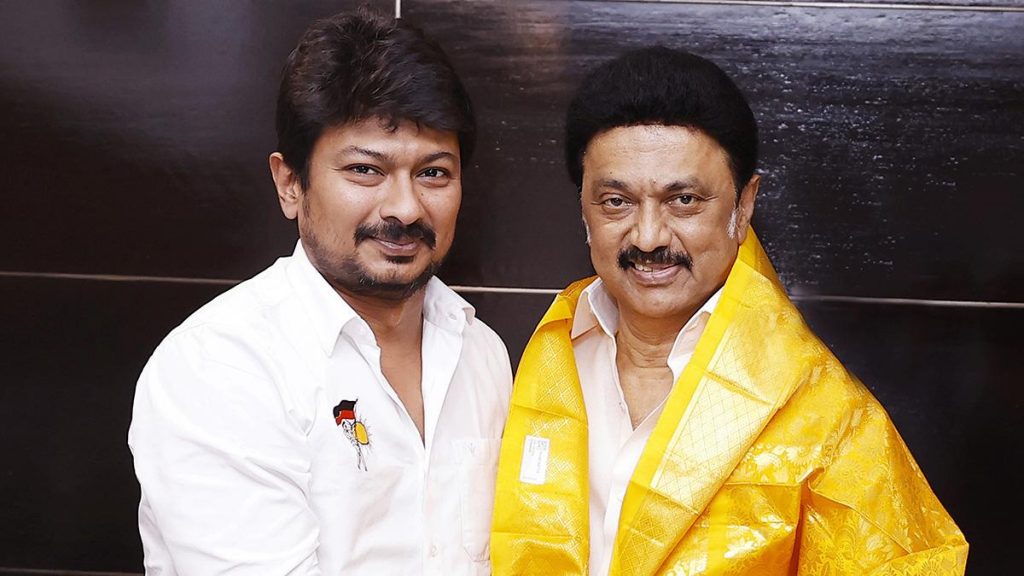 The BJP has weakened Congress in the past eight years, but can it decimate the growing number of influential regional leaders who will be the primary challengers in the 2024 polls?

In July, the BJP vowed to eliminate the family rule in the Hyderabad executive meeting. However, to their dismay, one more dynastic member has become a minister in Tamil Nadu this week. It is Udhayanidhi, son of chief minister M.K. Stalin, who just took over as  Sports minister.

After much speculation about whether Stalin would elevate his son now or later, the chief minister anointed Udhay as a minister on Wednesday. It was a quick promotion for the 45-year-old film star turned politician.

Udhay (as he is called) is a third-generation politician from the family of the DMK Patriarch late M. Karunanidhi. He moved away from the party tradition and often faced flak for perpetuating dynasty politics.

Udhayanidhi began his political career by campaigning for the 2019  Lok Sabha elections. He later toured the state as youth wing secretary, a position Stalin had held.earlier.

In the 2021 Assembly polls, Udhay won the prestigious Chepak Tiruvallikeni seat held by his grandfather in the past. The DMK received a thumping win in the polls, helping Udhay consolidate his position in the party. Udhay became the first-time MLA and is now a minister.

Before Udhay entered the rough and tumble politics, he acted in films and tried his hands at film distribution. His Red Giant Movies is a successful name in film production and distribution and has almost a monopoly.

Presently, Udhay has won support from four critical sections. Firstly, the DMK workers hail his induction and cheer him as the future chief minister. There were no murmurs from the cadres at his quick elevation.

Secondly, Udhay had a smooth transition, as was seen by how the senior party leaders lined up to take him to his room in the secretariat after the oath-taking.

The third is the media. Despite raising some eyebrows at such quick elevation, Udhay did not face a hostile press.

Fourthly, the general public showed no adverse reaction. Of course, the opposition parties criticized Stalin for bringing in his son in a haste.

Will Udhay be a plus or minus to Stalin? It all depends on his work. The party and the public would scrutinize Udhay’s every move. For now, he has shown maturity by deciding not to act in films, but he should concentrate on his work. He must utilise his advantages and avoid controversies. He could enthuse the youth.

Stalin has emerged as a prominent Opposition leader since he took over in 2021.as  the   Chief  Minister. He had a long wait before he became the party chief ( only after his father’s death).

Several important political events unfolded, especially after the demise of former chief ministers Jayalalithaa and Karunanidhi in 2016 and 2017, respectively. Stalin could keep his flock together while AIADMK had split into four, as Jaya did not name her successor. With no strong opposition against him, Stalin is sailing through smoothly.

Interestingly,   most of the national parties are at the forefront of the family rule phenomenon in India. Except for a handful like the communist parties, seven or eight of the fifty relevant parties, the rest practice progeny politics. BJP is no exception. The BJP’s strategy is to either weaken the regional chieftains or join them as allies, but Congress tops the list.

From Kashmir to Kanyakumari, many influential dynastic families have sprung up. The  Abdullahs and Muftis in Kashmir, the Badals and Captain Amarinder Singh in Punjab, the Rajes and Pilots in Rajasthan , and the Yadavs in Uttar Pradesh and Bihar. The Gowdas and Bommais in Karnataka, Karunanidhis and Ramdoss in Tamil Nadu, and the Raos and the Reddys in Telangana and Andhra Pradesh are notable.

Narendra Modi has weakened Congress already. Dealing with the other dynasts would be Modi’s next big project. Chhattisgarh, Madhya Pradesh, Mizoram, and Rajasthan will hold Assembly elections in 2023. It would be challenging, as these regional chieftains have a proprietorial hold over their strong electorate. The BJP has identified eight or nine prominent political families to deal with.

The BJP needs to be stronger in the South. There are 129 seats from the five Southern states, and BJP has only 29. Currently, it has four MLAs in Tamil Nadu (riding piggyback on the AIADMK) and none in Andhra Pradesh or Kerala. Telangana has three BJP MLAs.

Ironically, while family connections could be an advantage and give an entry, success would depend on the calibre of each dynastic member. It is a miracle how people vote in and out of the truant political families. They have to prove themselves in the people’s court, or else they go. out.

Dynasts will only disappear when our young democracy matures. Until then, we have to bear them as a part of the system. (IPA Service)

Musk says he will quit as Twitter CEO after negative poll