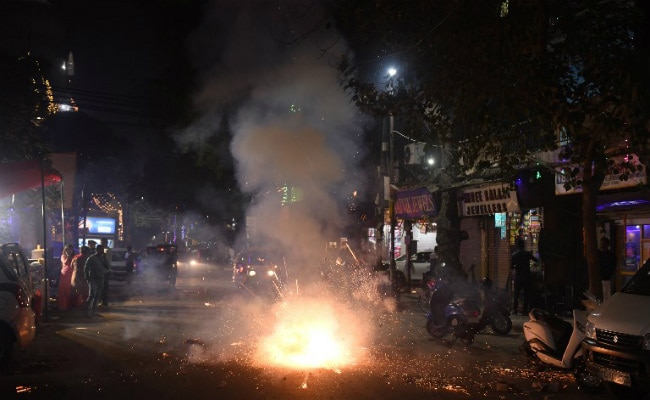 New Delhi: The Delhi government on Wednesday banned the storage, sale and use of firecrackers in the national capital due to concerns over hazardous air pollution levels during Diwali.

The move mirrors that announced by the ruling Aam Aadmi Party last year, when the horrendous pollution levels were also linked to the wider spread of COVID-19.

“In view of the dangerous condition of Delhi’s pollution during Diwali in the last three years, like last year, a complete ban is being imposed on the storage, sale and use of all types of firecrackers. (This is) so that people’s lives can be saved,” Chief Minister Arvind Kejriwal tweeted.

He indicated the lateness of the ban also led to some traders continuing to stock and sell firecrackers – which then contributed to Delhi’s worst air quality levels (on the day after Diwali) in four years.

“In view of the seriousness of pollution after the stocking of firecrackers by trader… last year a complete ban was imposed late, which caused losses to traders. It is an appeal to all traders (this time) that in view of the complete ban, do not store or sell firecrackers,” Mr Kejriwal tweeted.

Air pollution levels in Delhi – ranked in March as the most polluted capital city in the world – have long been the subject of furious debate among environmental and health experts.

In 2019 too air pollution levels in the city dropped skyrocketed during and after Diwali. In 2018 the Air Quality Index (AQI) crossed the 600-mark, which is 12 times the safe limit.

In addition to firecrackers, air pollution in Delhi during the festival session is made worse by stubble burning – a contentious practice – in neighbouring states like Haryana, Punjab and Uttar Pradesh.