Developing Nations Can Not Bear The Brunt Of Climate Change Costs 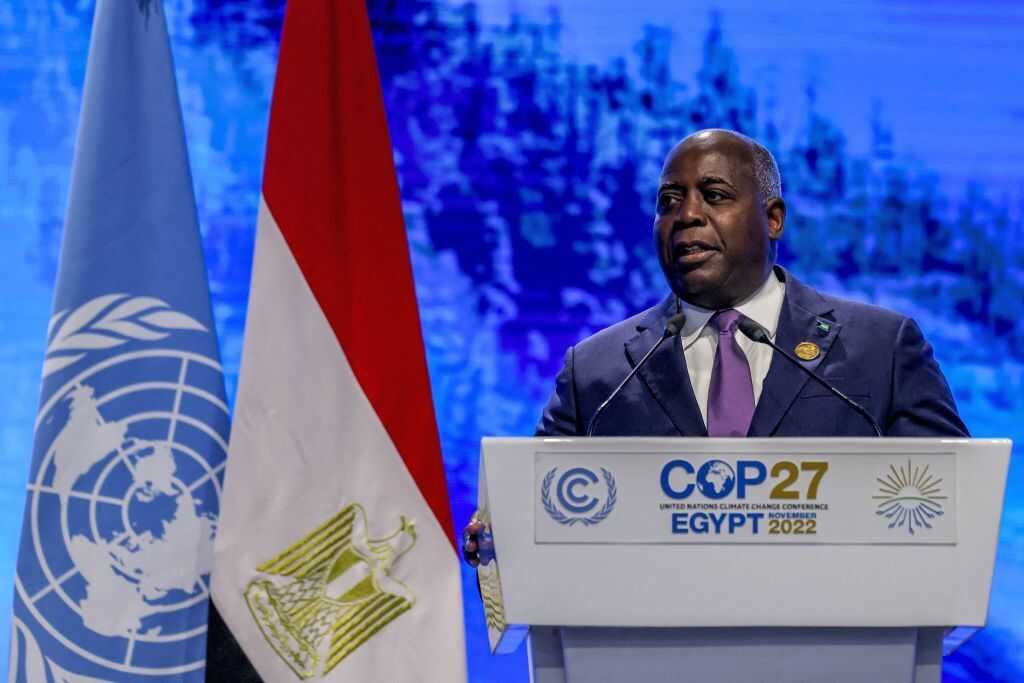 Mia Mottly, Prime Minister of Barbados, speaking at the ongoing COP27 UN climate summit in Egypt attacked the rich nations for their historical criminal past for present climate crisis and demanded 1 trillion US Dollar compensation to low income countries to tackle natural disasters. The prime minister from a tiny Carribean nation is known for her bold speeches in world forums in advocating interests of developing South.

Her demand is justified. In the past centuries, the West colonized the South and plundered its resources, labour force and used them in industrial revolution. Prosperity and high carbon emissions were achieved at the expense of the developing nations and now they are being forced to pay again as victims of climate disasters. Only recently Pakistan witnessed disastrous floods from melting of Himalayan glaciers. Rise of green house gases and global warming are responsible for high temperatures in California, Europe, drought in Africa and unseasonal excessive rains that flooded Bengaluru, Kerala and Chennai recently. In away, the developing world is facing a double jeopardy by having to pay the cost as result of high green house gases from the industrial revolution and this is quite unfair.

The gory climate disasters in this year’s summer and autumn and the brunt forced by the rich West though partly to admit the moral responsibility for high carbon emissions from current and recent past. Eventually compensation fund became a major agenda item in the ongoing COP27 attended by nearly 100 nations. Most of the growth in energy infrastructure, switch from fossil fuels comes from emerging markets in developing South.

Funding low carbon economic growth, technology for shift to renewable energy production needs nearly a trillion US dollars annually. The money is also required by disaster affected nations to rebuild storm water infrastructure, restore lakes, grow mangroves, building seawalls and disaster early warning systems. Poor countries have been promised since 2009, through Paris and Glasgow, 100 billion dollar a year to cut emissions and cope with extremes of weather. For more than a decade, wealthy nations have rejected official discussions on what is referred to as loss and damage, or funds they provide to help poor countries cope with the consequences of global warming.

Till recently Western nations vehemently denied responsibility for historical emission of Greenhouse gases and current global warming. Eventually, the rich nations had to accept moral responsibility. The focus on addressing loss and damage discussion in COP27 will help in mitigation and adaptation to present climate crisis. In real world the climate justice funds did not reach needy Southern nations.

Investments of trillions of US Dollar would cover disaster risk knowledge, observations and forecasting, preparedness and response, and communication of early warnings to all across the globe. The plan, drawn up by the World Meteorological Association and its technical partners, was supported by 50 countries including India.

The Rio+20 summit will build on the United Nations Environment Programme’s (UNEP) initiative for the green economy, seeks to assist governments in reshaping policies and investments in a range of sectors, including clean technologies, renewable energies, water services, green transportation, waste management, green buildings and sustainable agriculture and forests.

Currently, half of the countries in the world lack these facilities, leaving a large number of people with no advance warning to save lives and properties from impending disasters. The Global Commission on Adaptation found that spending just 800 million US Dollar on such systems in developing countries would avoid losses of 3to 16 billion dollar per year.

Implementing neoliberal economic reforms governments around the world are rapidly transferring public sector institutions including community owned assets such as forests, mines, rivers and others. Profit greed of capitalism with no regard to nature, cut forests, polluted rivers, soil and environment. In Europe forest cover shrunk to single digits and most of the rivers are severely polluted and became unfit even for fishing. Besides a price tag is attached to rivers and forests. Today more sectors are turning green replacing coal and other renewables. Green capitalism started budding. Adani Greens holds a bulk share in solar energy production, Elan Musk, Toyota, Ford, Hyundai are major players in manufacturing ge-automobiles.

Only a minor part of promised Climate Justice fund (nearly 20 billion Dollar of the annually promised 100 billion dollar) reached Developing nations. Irony is that the fund never reached to tackle disaster affected needs of people. Instead bulk of these limited funds were transferred to renewable energy and e-automobile manufacturing companies. Even the proposed carbon credits are being monopolized by green manufacturing industry monopolized by the major players named above. Even the IMF released funds are not grants but interest paid loans to developing nations for rebuilding sea walls and other disaster mitigation activities.

The historical polluters should bear full responsibility and justice should be maintained while delivering climate funds to the needy to take up adaptation and disaster repair activities and installing early warning systems. (IPA Service)