Describing 1500 Hindi Words As ‘Unparliamentary’ A Ploy To Protect Modi 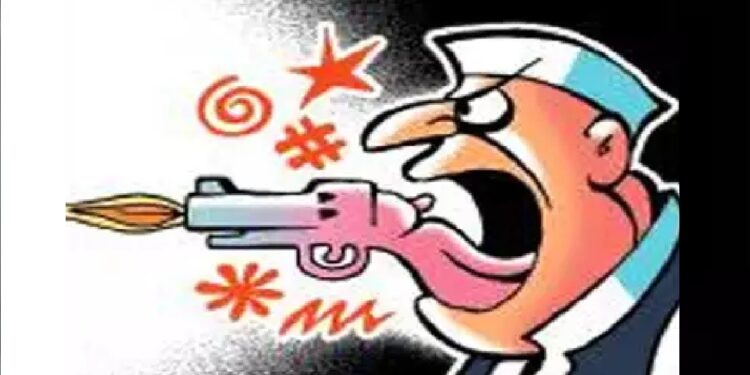 The latest move of the government to declare around 1500 Hindi words as unparliamentary is an attempt to colonialize the language, it is also designed to completely transform the neo liberal and democratic image of the Prime Minister Narendra Modi to a threatening autocrat. With 2024 Lok Sabha election turning out to be the crucial electoral battle which will decide the future of Modi, this move has gained wider importance and urgency. Any laxity in putting a curb on the opposition activities, though it has not been so effective and lost much of its biting acumen, would prove disastrous for Modi.

For Modi to survive, it is imperative that the opposition must not be given space to manoeuvre in the present political situation. Declaring 1500 words as unparliamentary is also a machination to deny the common Indians of the opportunity to express their perceptions and views. This argument may appear to be irrelevant and out of place, but it cannot be denied that will take away the right of the people to assert and convey their feelings.

Some recent developments ought to be watched seriously and sensibly. The opposition which has already been trampling into a bind and has lost the hope of staging a coming back on the political landscape after the massive win of Modi in the 2019 Lok Sabha election, has started showing signs of being alive. Besides the urban middle class which has been standing a rock behind Modi, has of late showing signs of hair thin crack. These are certainly bad omen for Modi. In this backdrop Modi cannot take the risk of allowing the opposition to adopt aggressive posture and smear his image.

While announcing the 1500 words as unparliamentary the authorities conveniently forgot that some of the words were used, popularised and even uttered on the floor of the parliament by Modi and Amit Shah. It was Shah who while defending Modi’s statement on creating 2 crore jobs had said what Modi had said was nothing more than jumla. The latest order of the secretariat has described jumla as unconstitutional. Narendra Modi, the charismatic and strong heart politician having 56 inch chest has of late developed a sense of fright and is even scared of the opposition’s aggressive posture and their bitter criticism of the performance of the Modi government.

Lok Sabha Speaker, Om Birla’s clarification that the order does not ban the words from being used is also not tenable. When the secretariat of the parliament declares a word as unparliamentary, it obviously implied that the word cannot be used. When a word ceases to be in use, it naturally implied the word has lost its utility which virtually amounts to ban. Undoubtedly this is a major blow to the Hindi language, a language which the BJP claims to represent the aspirations and imbibes the national ethos and culture of crores of Indians.

This week the secretariat of the parliament listed some words as unparliamentary which so far have been frequently used in the debates. The words which will be debarred from use from July 18 include ‘Jumlajeevi’, ‘baal buddhi’, ‘Covid spreader’ ‘betrayed’, ‘hypocrisy’, ‘incompetent’  ‘nautanki’, ‘dhindora peetna’ had in fact found place in the proceedings of the house due to their frequent usage by  Modi and his lieutenant Amit Shah. Opposed hijacked these words and used them against Modi. With the new order in vogue Modi will get a reprieve.

No doubt this diktat of the secretariat has evoked strong resentment amongst the opposition members. They strongly feel that inclusion of these words in the list of unparliamentarily words is simply aimed at denying them their right to criticise Modi and his government. Trinamool Congress leader Derek O’ Brien asserted that he would use all these words while speaking in the house. He is ready to face the consequence. Another TMC MP Mahua Moitra, questioned the rationale of this move.

Congress senior leader Jairam Ramesh sought to know about the status of the word Vishwaguru used for Modi by BJP leaders and certain sections of the media. The Congress too has said in a tweet in Hindi, “Who will be afraid of ‘Jumlajeevi’ – who has given jumlas. Who will be afraid of the word ‘Jaichand’ – who has betrayed the country. These words are not being banned in Parliament, the fear of PM Modi is coming out.” The Congress has decided to ignore the new list of unparliamentary words saying that it would difficult to describe the Modi government’s conduct without using those words. “We suffered such gag orders in Gujarat and the same is being repeated here,” Rajya Sabha member Shaktisinh Gohil said. It is amazing how can calling out corrupt practices be un-parliamentary? ‘You are lying’, ‘You are doing drama’ — why should these expressions be banned?

It is absolutely correct that this period of Parliament will be seen as a black chapter because of the BJP’s attempts to control the free speech of MPs. This is an insult to democracy. How can this (new list of un-parliamentary words) be unilaterally decided? All parties should have been consulted. Observation of Mahua Moitra and Derek that it was an attempt to gag the opposition is correct.

It is a paradox that Modi who has been harping on transparency and probity in public life wants Parliament to turn into ‘yes man’ chamber and ‘cheerleading stadium’ rather than house of accountability and answerability”. Modi intends to hide behind this order to avoid any future embarrassment just ahead of the 2024 Lok Sabha election. Congress leader and Rajya Sabha member Jairam Ramesh said that all words used to “describe the reality” of the Modi government will now be considered ‘unparliamentary’. “What next Vishguru?”

The opposition leaders rightly hold the view that this was aimed not only at gaging the opposition voices, but was an attempt to snatch their rights as the MPs. The latest decision has come under severe criticism from opposition. TRS leader Krishan sought to know if ‘Jumlajeevi’ is unparliamentary, then what about ‘andolanjeevi’, “If Jumlajeevi is unparliamentary then what about Andolanjeevi? How can “Hypocrisy” be unparliamentary, it is Modi ji’s favourite word”, he tweeted. Reacting to the list, Congress MP Rahul Gandhi posted: “What is the intention of the government. If one does corruption, then do not say corrupt; call corruption a ‘masterstroke’. After throwing ‘jumlas’ (rhetoric) like ‘2 crore jobs’, ‘doubling farmers’ income’, they should be termed as ‘thank you’.

The manner in which the new list is being pushed it simply makes it clear; “The revised list of unparliamentary words is itself unparliamentary. This shows Modi government is fearful of the truth. Words like ‘jumlajeevi’ became unparliamentary while ‘andolanjeevi’ remains there.” (IPA Service)