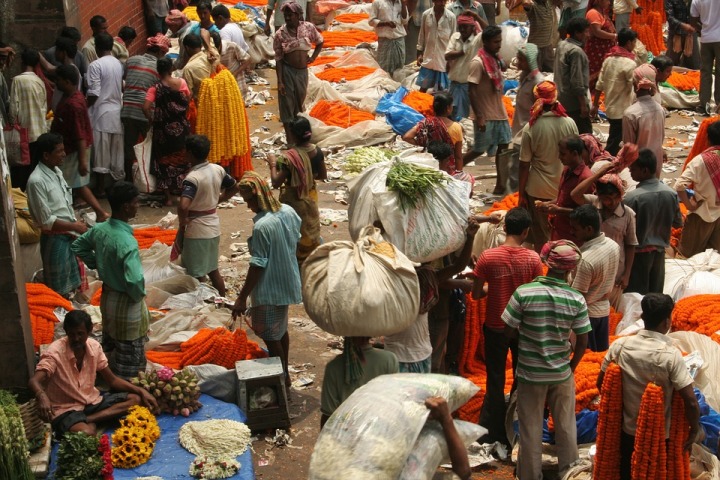 Working poverty has become a serious concern in Asia and the Pacific region since majority of employers do not give the majority of the workforce enough wages. As for South Asia, India is worst, and among the countries out off track on several counts including health and social security coverage.

“The 2022 Social Outlook for Asia and the Pacific: The Workforce We Need” released at the seventh session of the UN Committee on Social Development, which is meeting to discuss regional strategies for building a healthy, protected and productive workforce, says that the region’s workforce remains ill-equipped to respond to the ongoing and emerging mega trends of climate change, aging societies and digitalization.

Two-thirds of the workforce, or 1.4 billion people, are employed informally and as a result, half are surviving on less than $5.50 a day. Far-reaching consequences have already resulted in Asia and the Pacific’s labour productivity to fall below the global average as sustainable livelihoods remain out of reach for millions, the ESCAP report warns. Moreover, during the COVID-19 pandemic, the lack of affordable health care and social protection contributed to pushing 243 million people into poverty.

The report says it was high time to renew social contract through a lense of decent work, universal healthcare and social protection. It has a great relevance for India where over 70 per cent of the workforce are in poverty. The report talks about existing high level of inequality in the region, which is widening in many countries including India.

There is a need for more and better jobs since vast majority of the workforce are in informal jobs. This leaves the workforce exposed to life cycle contingencies as well as systemic shocks, be they economic, health-related or climate-induced. Decent jobs are necessary to raise living standards, reduce poverty and inequality, protect people from life contingencies and promote inclusive growth. It is through well-functioning labour markets that the benefits of economic growth can spread to the whole population. However, countries are lagging behind in creating decent jobs. Reducing gender gap will also be important.

In India, the International Labour Organization (ILO) estimates show that reducing the 2018 gender gap in labour force participation by 25 per cent by 2025 would decrease the old-age dependency ratio in the short term, while contributing to better social protection for pensioners in the medium and long term. Increasing the share of individuals in formal employment ensures better pension coverage, promotes higher levels of productivity and contributes to inclusive growth.

Workforce productivity in the region is also lower than the global average. Throughout the region, productivity is notably lower in the agricultural sector, which is also dominated by informal employment. Out of 26 countries with sex and sector disaggregated data in the region, informal employment in agriculture is over 90 per cent reaching virtually 100 per cent in Bangladesh and India.

Outside agriculture, informal employment is still high, particularly in the services sector, at above two thirds of total employment in 9 out of the 26 countries. This is particularly the case in South and South West Asia and South-East Asia, notably so in Bangladesh, Cambodia, India and Myanmar.

The report laments slow progress in decent job creation. The growth in vulnerable jobs outpaced total job growth in five out of the 13 countries, particularly in Armenia, China and Timor-Leste where vulnerable jobs grew by more than 50 per cent. Vulnerable jobs remained stable in five countries including most notably India where about three quarters of workers are in vulnerable employment.

The report also mentions very poor health coverage to the workforce on the on hand and rising health expenditure on the other. The share of the population with exposure to catastrophic health expenditures more than doubled in Afghanistan, Bhutan, China, Georgia, India, Mongolia, the Philippines and the Russian Federation, the report says.

Workers also need to be brought under full coverage of social protection. In India, 76 per cent of the workforce are not covered under any social protection, while only 24 per cent enjoy at least one coverage. Government does not care about it, for example, the report mentions that Beedi workers in India, despite being legally entitled to social protection since the 1960s, implementation has been ineffective due the low rate of registration.

“The pandemic has made it clear that no one is safe unless everyone is safe. Solving socio-economic problems entails working together, sharing responsibilities and distributing costs and burdens fairly and equitably,” said Committee Chair Ariunzaya Ayush.

“Our region spends less than half of the global average on social protection,” said ESCAP Executive Secretary Armida Salsiah Alisjahbana. “Almost 60 per cent of the population has no social protection coverage against normal life events such as pregnancy, child-raising, sickness, disability, unemployment or simply getting old”. (IPA Service)