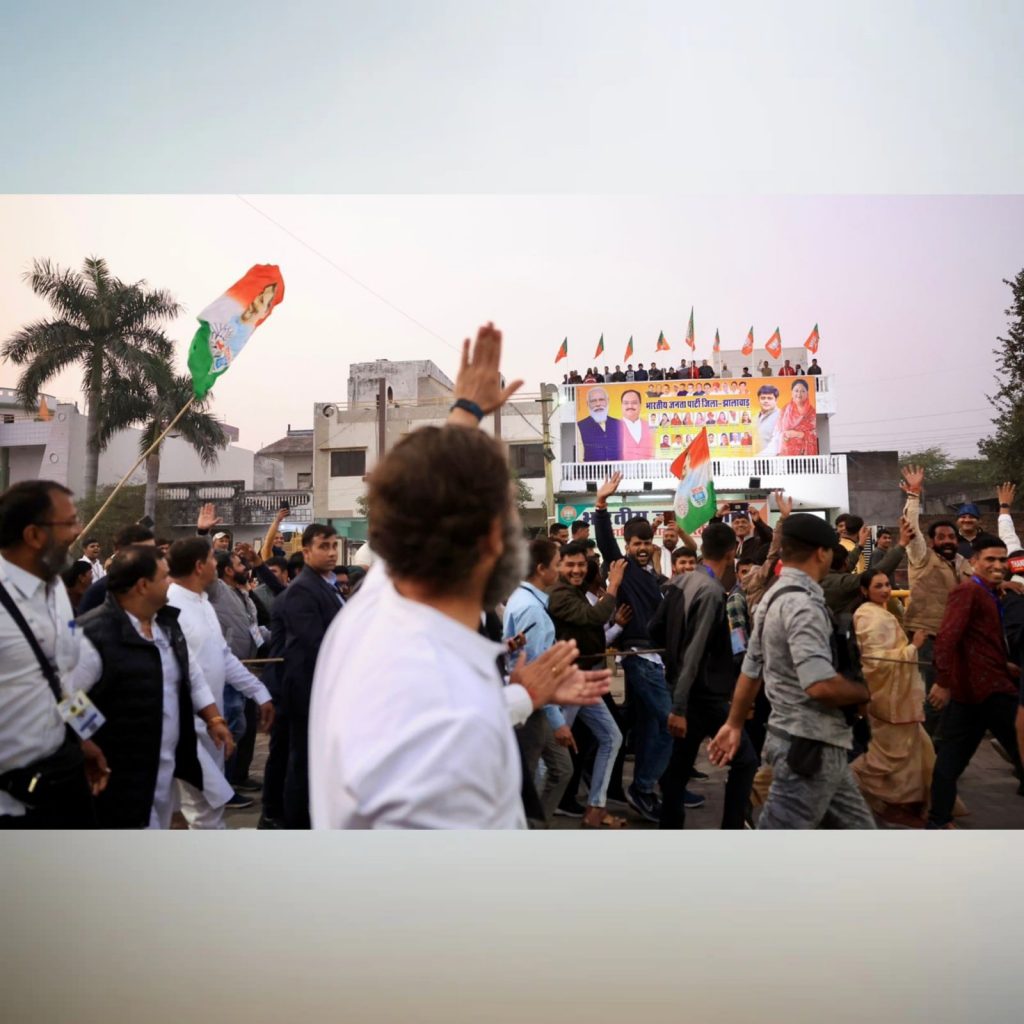 As Congress’ Bharat Jodo Yatra is set to enter the national capital on December 24th, the Delhi Police will likely hold an important meeting in its headquarters on its route, and other logistical issues on Thursday.

The Rahul Gandhi-led yatra will enter the capital via the Badarpur border early on December 24 morning and at over 25,000 people have signed up for the Delhi leg of the march.

In view of this, a decision will be taken keeping in view the traffic arrangements while the march proceeds through Delhi, police sources told News18.

Delhi police sources have also said that till now,  no permission has been asked by the organizers of the Bharat Jodo Yatra.

Delhi Police and Congress party may come face to face on the issue of Bharat Jodo Yatra route, it added. There is some differences on the route, the grand old party’s march is set to take after entering the capital.

The yatra wants to reach the Red Fort traveling through Badarpur, Ashram and ITO.  While Delhi Police wants it to reach Red Fort directly from Ring Road.

According to big leaders including the Congress state in-charge of the yatra, the route of the yatra will not change.

“Not just workers and party members, there are several people who joined the Yatra for a day or two to show their support for this initiative,” he party’s Delhi unit president Anil Chaudhary said Tuesday.

The manual registration process was on until December 18 and we received an overwhelming response from the public,” Chaudhary said.

The online registration process will continue until December 23 and a link will be shared by the party for the same, he said.

The yatra, which was launched on September 7 in Kanyakumari has traversed Tamil Nadu, Kerala, Karnataka, Telangana, Andhra Pradesh, Maharashtra, Madhya Pradesh and now, Rajasthan. It completed 100 days on Friday last.

The yatra will enter Delhi on December 24, and after a break of about eight days, move on to Uttar Pradesh, Haryana, Punjab and finally, Jammu and Kashmir.

Row erupts over Centre’s letter to Rahul on covid threat