Delay In Release Of Prisoners After Bail: Case For Reform 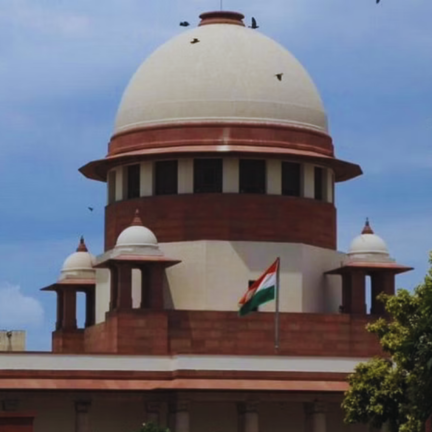 The protection for individual freedom from arbitrary and unreasonable exercise of power, and authority of the State was sought to be secured by the Constitutional command that “no personal shall be deprived of his life or personal liberty except according to the procedure established by law”. Any person who commits a legal offence is imprisoned as per the law. Her liberty is curtailed by the State as a form of punishment in accordance with law, and to get her liberty restored, she has to apply for bail in a court of law. However, there is a rampant increase in the number of cases where prisoners’ release after bail is delayed owing to several factors.

The right to personal liberty being fundamental in nature ought not to be subjected to whimsical prison regulations yet jail authorities show no qualms, citing “technical issues” to stop justice in its course.

Similarly, Aryan Khan, son of famous Bollywood actor Shah Rukh Khan, could not be released from jail after getting bail despite the release warrant, owing to certain time regulations in the Mumbai Central Prison at Arthur Road. The prison officials stated that release warrants delivered after 5.30 p.m. cannot be processed, and no “special treatment” will be given to Khan; therefore he spent one more night in prison.

Last year, three student activists accused in Delhi Riots conspiracy case – Natasha Narwal, Devangana Kalita and Asif Iqbal Tanha – were not immediately released from the prison after getting bail from the Delhi High Court. Despite completing all the formalities, their release was hindered by delay in verifying their addresses and sureties by the police officials. The three quickly moved the Delhi High Court for their immediate release, and the High Court ordered the lower court to proceed with the issue with “promptitude and expedition”. Thereafter, a Sessions Judge ordered their immediate release with an observation that delay in the verification process by the police could not be a plausible reason for the accused to be kept imprisoned.

In July last year, the Supreme Court granted bail to 13 prisoners lodged at Agra Central Jail who spent 14-22 years in jail despite being juveniles at the time of crime. However, they were not immediately released as the Agra Jail Superintendent had not received the certified copy of the Supreme Court bail orders through post. The Supreme Court came to their rescue again, by taking suo motu cognisance of the issue on the basis of newspaper reports.

The Bench made scathing remarks against the delay in release of prisoners thus: “We are in a time when we use information technology tools, and we are still looking at the skies for pigeons to communicate orders”. Through the suo motu case, the court explored the options to transfer the bail orders electronically to jail and it devised a process called ‘FASTER’ (Fast and Secured Transmission of Electronic Records). After the Supreme Court’s intervention, 13 prisoners were released from Agra jail. The Faster system as of now is only limited to the orders of the Supreme Court

Though the issue is pervasive, yet there is no empirical data to substantiate the number of prisoners whose release from jail, after bail, is delayed. These famous cases from last year help in drawing our attention at the archaic jail practices, the role of police officials and the strict bail conditions set by courts, which hamper the smooth release of hundreds of prisoners across the country on a daily basis, in violation of the constitutional right to liberty. As we know, the criminal justice system operates in a three-dimensional way – involving the police station, prison, and courtroom. Issues in all the three dimensions faced by prisoners during their release from jail will be highlighted below.

After a person is arrested by the police, she is produced before the local Magistrate within 24 hours and is remanded to either police or judicial custody. In order to secure her release, the arrested person has to apply for bail in a court of law. If she is lucky enough to get bail, the first issue which she or her lawyer may face is the quick availability of the bail order, unless the lawyer asked for a dasti copy, which is not possible all the time. The bail orders are not immediately uploaded, owing to which prisoners have to wait from one day to a week or more.

The courts, while granting bail, impose a condition of furnishing a bail bond. The prisoner, either through a local surety, relative or a friend, has to arrange the amount either in the form of property documents, vehicle papers, or through a fixed deposit receipt. This can be challenging for prisoners who belong to indigent backgrounds or are migrants from different states, having no local contact or money in the state where they are lodged. The issue of heavy surety amount exacerbates in cases where a single person has been implicated in multiple first information reports [FIRs]. To get bail in all the FIRs she has been implicated, she ought to furnish surety for each FIR.

Justice V.R. Krishna Iyer in a 1978 Supreme Court judgment observed that a prisoner might not know anyone in the state where he was lodged in jail as he might have come for a job or in a batch or in a morcha; therefore, the condition imposed by the Magistrate that he has to render sureties from his own district, has potential to make Indians feel aliens in their homeland. He stated that “Article 14 protects all Indians qua Indians, within the territory of India and through Article 350 representation to any authority, including a Court, for grievance redressal in any language used in the Union of India may be given”. Therefore, he observed that ‘equality before the law’ implies that even a vakalat or affirmation made in state language according to the law in that state must be accepted everywhere in the territory of India, except where a valid legislation to the contrary exists.

The observation has found acceptance in many rulings of the Supreme Court and High Courts, and they have shown leniency in not pressing for a local surety. However, courts have been hesitant in reducing the bail bond amount as they fear that the prisoner might jump the bail. Although experience shows that imposition of a heavy surety amount does not prevent prisoners from jumping bail.

Section 440(1) of the Code of Criminal Procedure provides that the amount of bail bond shall be fixed with due regard to the circumstances of the case and shall not be excessive. Yet courts often seek heavy bail bonds as a condition for release. When prisoners cannot bear the cost of heavy bail bonds, and have good legal representation, they make an application under Section 440(2) for the reduction of the bail bond amount. Proper legal representation does fasten the application process; even then, a minimum of one to three days are spent without any guarantee of an affirmative order, which results in extended imprisonment without any legal justification. In cases where there is lack of proper legal representation, the prisoners keep languishing in jail for a long time even after securing a bail order.

Once the bail order has been given, the release of the prisoner from jail should be smooth and quick. However, often the address verification of the prisoner or their surety by the police takes a lot of time. The police officers have to physically go to the prisoners or the surety’s village for verification, which usually takes two days to a week or more, considering how overworked and understaffed the police department is. At the same time, without any strict timeline set by courts for the address verification, police officers get an opportunity to extract an unjust enrichment from prisoners’ family or her surety for performing their duty expeditiously.

After the court grants bail, it sends a copy of the order to the jail where the prisoner is lodged. If bail has been granted by either the Supreme Court or High Court, a copy of the order is also sent to the trial court for completion of the formalities. The trial court prepares a release warrant, which is the most crucial part for the successful release from jail, after the verification and other requirements have been completed.

An issue which is often encountered by lawyers and their clients is the refusal of the trial court to prepare the release warrant, in case the bail is granted either by Supreme Court or a high court, and there are some sections missing in the bail order, which were originally not in the FIR and were added later, as seen in the case of Ashish Mishra, prime accused in Lakhimpur Kheri violence, where his release was delayed owing to incomplete sections mentioned in the bail order by the Allahabad High Court.

Courts have the option to cross check the case file for name and FIR number, among other things, yet they insist upon rectification of the orders, which proves to be an added monetary and emotional burden on prisoners.

The administration of prisons is a state subject as it is provided in List II of the Seventh Schedule of the Constitution. By virtue of it being a state subject, all the states across India have their own Prisons Act and corresponding rules, which govern every aspect of prison life, including the time till which release warrants can be received for a successful release of a prisoner from jail. After the court is satisfied that all the requirements have been fulfilled, it sends the release warrants to jail.

The release warrant is a hand-written document and is prone to mistakes. Often, the prison authorities refuse to release prisoners owing to a small mistake in, for instance, the father’s name or address of the prisoner.

In November last year, Justice D.Y. Chandrachud, at an event by the Allahabad High Court, expressed that “there is a very serious deficiency in the criminal justice system regarding the delay in the communication of bail orders, which should be addressed on a war footing as it touches upon liberty of every prisoner”.

Anyone who has been arrested or imprisoned without any legal backing has the right to claim compensation for violation of his constitutional and legal rights. The unlawful delay in release of prisoners after they are admitted to bail is endemic and must be addressed with claims alleging illegal imprisonment during the bail period, and for the compensation as a result of it. (IPA Service)