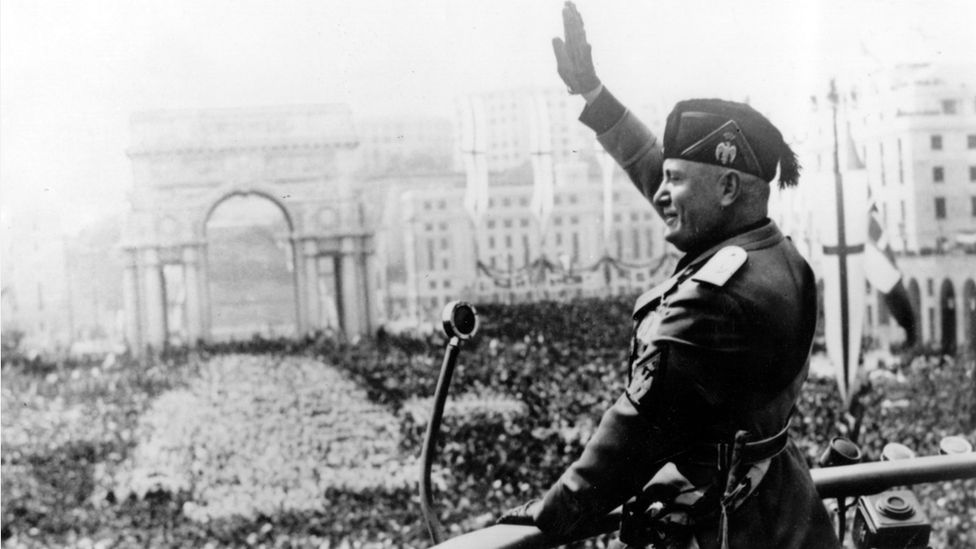 October 31 was the day of ‘March on Rome’, when Mussolini proceeded towards the capital of Italy hundred years back, with his black shirt clad young boys with arms. Even before that on October 28, 1922, the king in Italy was forced to accept Mussolini as his prime minister. But that was not all. Mussolini, with the sole aim of destruction of democracy, organised a brutal massacre in 1925.

The barbaric killings helped him to establish his rule of terror. Despite the fact that he had woven terror at the roots of the autocracy he was moving towards, he had named it ‘a totalitarian state’. The year of 1925 was significant for us Indians as well. It was in the same year that Rashtriya Swayamsewak Sangh was born on September 27, though not without its nemesis, that is the Communist Party of India, founded on December 26, 1925.

In 1925, Mussolini declared October 28 as the “Day of Fascist Revolution”. But the revolution never came to its completion. Even before that, on April 6, PCI, or the Communist Party of Italy took part in elections and despite fascist attacks and endless interruptions, managed to get 2,68,000 votes and several seats. Among those who came victorious, Antonio Gramsci was one of the most popular leader.  The decade of 1920s presented quite a few difficulties for the party when the Mattiotti crisis burst out. Mattiotti was a socialist parliamentarian brutally killed by fascists.

Italy was torn in sharp and strong contradictions. Anti fascist forces started raising their heads and communist leaders like Togliatti and Gramsci started writing in support of united front against the fascist rule. In 1931, in the fourth congress of the PCI organised in Germany, Italian leader Togliatti brought in the slogan of United Front, and at his initiative, radicals, Trotskites, socialists and the communists came together and had an agreement on August 17, 1934. Soon after in 1935, in the seventh congress of the Communist International, Georgi Dimitrov stressed on the unity of countries and classes to defeat fascism.

It was in these days that PCI leader Togliatti, in his article, ‘From where does fascism gains its strength,’ wrote that fascism must be recognised in its true colours. He warns against repeating the meaningless statements and dogmas and cautioned that the example of fascism in Italy should not be used mechanically in the context of other countries. He said that whatever is true about Italy could be so in other countries too but not always.  In his lectures, he analysed the emergence, its structure and its class character as well as differences between Nazism in Germany and Fascism in Italy. Fascism must be seen in its real colours, which is not at all another form of capitalist democracy.  Despite the limitations, democracy is never another form of fascism.  Also fascism is not the same as the democratic rule with its oppressive character and being without people’s support.

Togliatti defined fascism as the terrorist dictatorship of chauvinist elements, that are imperialist, reactionary features of finance capital. Fascism prepares popular ground for the growth of monopoly capital. Togliatti and the other communists stressed in the thirteenth plenum that fascism also prepares its widely popular foundation even among petty office workers, civil servants who have been disconnected from their own identity. During the first world war itself, Lenin had seen that imperialists and monopoly capitalists were shirking away from those features of democracy that got developed during the beginning of fascist evolution and in return, try to attack them.

In fact this new economy has a feature which is monopoly capitalism and develops from political democratic system to political reaction. This is according to the competition free from democracy, and follows political reactionary monopoly economy. Lenin had observed that here is a natural trend in monopoly capital to attack democracy and to establish an open autocratic rule. He always criticised the limited role of democracy and stressed on socialist democracy. But it was also true that he always stood for defending democracy in capitalism and how in capitalism democracy must be protected.

Even after so many decades, these facts remain unchanged. One example is India itself. There is the finance capital ruling over the economic scene. The level of exploitation has arrived at unprecedented levels. Fascism has offered the concept of corporate state, but corporatisation itself has proved to be source of contradictions. Parliament used to be one space where people’s representation was visible. Fascism made it its one of the first targets. The masses, burdened with laws, find it impossible to carry further. But their optimism is still alive since even Mussolini was not spared. He had to face the masses and pay in the same coin he had treated others with. (IPA Service)

Follow us on
Up Next: BJP-AAP Slugfest Touches New Low As Delhi Gasping For Breath
Posting....