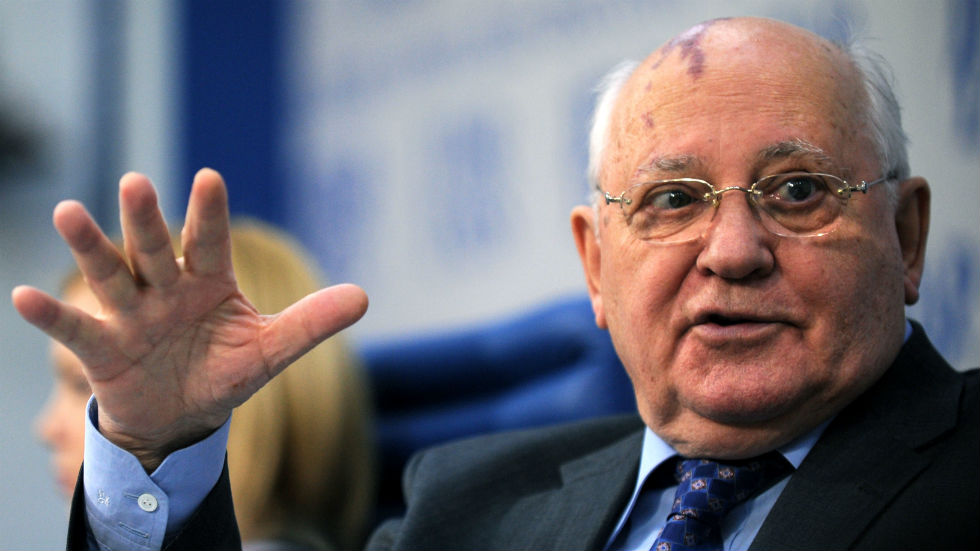 Mikhail Gorbachev, who died on August 30, 2022, at the age of 91 in Moscow   will be remembered for his role in precipitating   the downfall of the   Communist Party rule in the Soviet Union in 1991 — 74 years after the November revolution in 1917  led by V. I. Lenin. The system was ailing for a long time for a variety of reasons butGorbachev’s prescription for the patient was so strong that the patient died.

Gorbachev became general secretary of the Communist Party in 1985 and president of the erstwhile Union of Soviet Socialist Republics in 1990. Following the August putsch by communist hardliners, he resigned first as general secretary of the CPSU and then as president of the Soviet Union, on the eve of its dissolution on December 26, 1991.Gobachevorganised two party congresses during his tenure, the 27th Congress from February 25 to March 5, 1986 and the next the 28th party congress from July 2, to July 13, 1990. This 28th party congress was the last congress of the CPSU in the Soviet era.

I was fortunate enough to be in the Soviet Union for three weeks in January1986 covering a large number of provinces many of which are now part of the Commonwealth of Independent   States (CIS). The visit was principally for doing an international feature on Soviet Union and the scope   for improving India- Soviet economic relations.. The visit was organized by my the then newspaper The Economic Times with full cooperation of the Soviet Government. I was accompanied byBhaskar Das, then senior advertising manager of The Times of India Group  Calcutta who later became the CEO of ToI and Tapan Das, an official of the Soviet embassy in Delhi   The  period was exciting for the Soviet citizens in view of the draft document  prepared by the new CPSUgeneral secretary Mikhail Gorbachev calling for glasnost (openness) and perestroika(restructuring) in the Soviet system intended togive a new dimension to the democratization of the Soviet system.

The year was significant. Leonid Brezhnev died in 1982 and his 18 years of rule from 1964 was considered most static in terms of economic development. The Soviet regime missed the benefits of the technological revolution, especially in telecom that took place in 1970s. The dependence on traditional resources like oil and minerals for earning foreign exchange remained leading to big stagnation in the Soviet economy. The lack of information and entertainment made the burgeoning young population jittery. Gorbachev was looking for a new way out in his first ‘transformational’ programme. He lacked mature advisers who could help him in balancing the tasks in a gradual manner.  He was thinking of a New Deal for    the beleaguered Soviet citizens to breathe to some extent freely.

But unfortunately for the CPSU, some of the party stalwarts who could help him were not there.  Suslov who was known for his pragmatism as also ideological clarity, was dead. Similarly Dimitri Ustinov, Andropov and Cherenenko passed away before the historic congress. Thenewspapers were mostly officially controlled. The debate was limited to the party members, common citizens had little inkling of the significance of the big bang reforms proposed by Gorbachev in his document. I tried   my best to gauge the views of the officials whom I met, but most of them were evasive. One said that since the general secretary was proposing, it must be good for the country, but he had no views of his own.

In that January 1986 just one month before the starting of the 27th party congress, I thought there would be discussions on the two issues, but it was not evident among the officials and the party people I met. One disadvantage was that  I was always accompanied  by  an interpreter all through this three week travel  It was difficult to get the  views of the common people on my own  without the help of the interpreter. However, I had some talks with two senior officials in the Indian embassy. They were of the firm view that Gorbachev is running fast ahead of his time, he has not got the party prepared for this. More or less, a western diplomat also shared this view   when we met in a get together. He said that the bureaucracy in the party was so well entrenched that any dilution of their powers would be resisted by the old timers.

After my Soviet trip, I went to Paris for five days as   the   guest of the French Communist Party newspaper ‘ L’Humanite. I had a luncheon meetingwith the international department  of French CP. They wanted to know my impressions about the general feeling among Soviet people about the glasnost and perestroika. I told them frankly, despite my stay for   three weeks, I had very little real interaction    and my view is that the reforms proposed are too drastic and I had my doubts whether the system could handle this.  The French CP leaders   said   they were eagerly waiting for the party congress as the issues proposed by Gorbachev are   very crucial for the communist   parties in Europe. For the Europeans, the democracy and liberty are imperatives and that has to be important component of party programmes.

In both 1986 and 1988 during the visit of Gorbachev to India, I was in Delhi working in Hindustan Times. He was very fond of the then Prime Minister Rajiv Gandhi. The Soviet   leader was also an admirer of Jawaharlal Nehru who visited the Soviet Union in 1955.  Gorbachev and Rajiv Gandhi worked closely to impart a new dimension to the Indo-Soviet ties  which were   already solid Both the leaders met at least five times but his 1986 visit and the Delhi Declaration was a grand success. The Declaration dealt on the principles of a nuclear weapon free and non violent world and it was signedon November 27, 1986. Gorbachev behaved as a   global statesman who was more worried about the world rather than the future   of the Soviet Union. .

While in global sphere, Gorbachev emerged as a top statesman, his own domain was crumbling. In 1988, following massive demonstrations in Poland by Solidarity group led by LecWalsea, free elections were held and Solidarity swept. This was followed by similar developments in Hungary, Rumania, Czechoslovakia and then finally in East Germany in November 1989, when the Berlin wall fell and the communist administration in East Germany collapsed after the wall fell on November 9, 1989. The border was opened for free movement. The East German government agreed to the unification of Germany.

It was a happy coincidence that just two months after the fall of Berlin wall, I was in Germany in the second week of January 1990 at the invitation of the Federal Government of Germany to do an international feature on Germany. I was staying in a hotel in West Berlin but my programme also included visits to East Berlin and Potsdam. My escort   from the Federal government guided me to the check point Charlie the border between East and West Berlin. It was very easy to enter. Only passport was checked. We then went near the Berlin wall which was dismantled   by the East    German people between November 4 and 9. Large number of foreign tourists were collecting the bricks and stones of the broken wall as mementos. I collected a few from a seller with a heavy heart.

I remembered in early 1950s when I was a school student and CPI activist, The Fall of Berlin was one of our favourite films. We used to show the film trough a ramshackle projector to the people in different festivals. That was remembering  another Day in  1945 when Berlin fell heralding the victory   of the  Soviet  and allied forces  against the fascism  of Hitler About .45 years later, I was standing   before the broken Berlin wall which also symbolized the fall of the  type of socialism which was being  practiced in Eastern Europe. I tried    to meet a leader of the East German Communist Party in East Berlin My escort tried but nobody was available.

She then suggested there was a pub nearby which many communist leaders visit for discussions. So we tried that and she finally got hold of an elderly person who was a friend of her father who was    active in Social Democratic Party. Initially, the person was reluctant to talk but then he said ‘This was  destined  to happen. In Germany, the party cannot be run in Soviet model. We made many mistakes but the most important was the denial of democratic rights.’ He said   Germany would soon be unified and elections will be held. We will take part in the    elections, we will be losing    at first, but we will get back our base after a period.  After all, we ensured minimum social services to all and the west will fail in ensuring this’

Time was running out   for our meeting at Potsdam I rushed but his words;”the biggest mistake was the denial of democratic rights”continued with me. After  just one year  of this Berlin  visit, the Soviet Union was dissolved in December 1991- marking an end to more than six years of  stewardship of the great power Soviet Union by Mikhail Gorbachev. More than three decades after his ouster from Soviet leadership and days after his death, itwill be pertinent for the international communist movement   to go more deep into the relationship between Socialism   and Democracy to make Marxism- Leninism  more modern and suitable for the 21st century. (IPA Service)