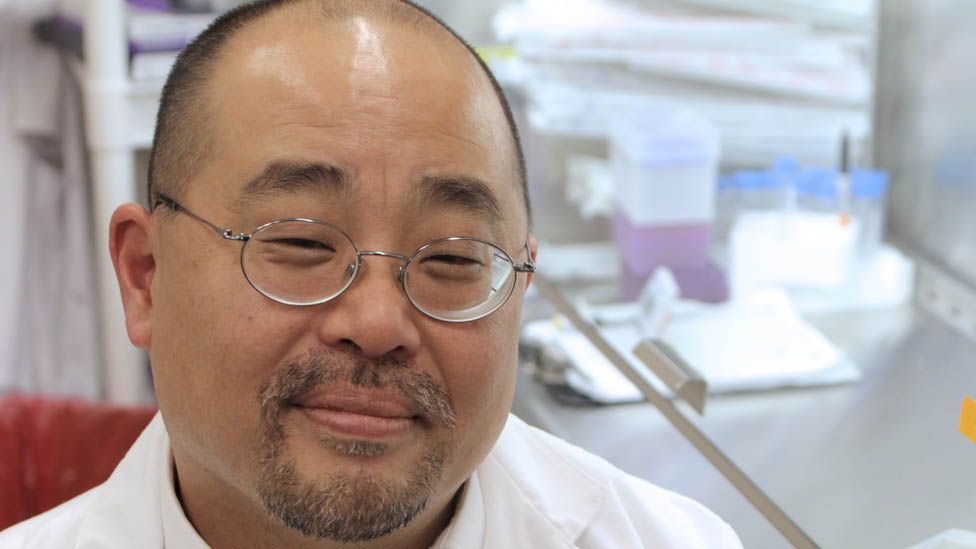 The Cuban government has established an extensive network of biotechnology labs that have developed cutting-edge medical advancements to reinvent traditional cancer and diabetes treatments. For the U.S., a country that tops lists for the prevalence of cancer and diabetes among its population, these advancements would be great news for the millions of Americans suffering from these diseases. But, unfortunately, the Cold War-era blockade maintained for 60 years by the U.S. government inhibits Cuba from sharing its medical research and vaccines with much of the world.

On a recent delegation to Cuba, I visited the Latin American School of Medicine (ELAM) and the Center of Molecular Immunology (CIM), a cancer research institution on the west side of Havana. I had the incredible opportunity to see the medical advancements in Cuba firsthand and hear from the people behind this innovative work. Through these conversations with medical students and researchers in Cuba, it became clear that fostering scientific collaboration between our countries is not only possible but necessary for mutual survival.

In biotechnology, Cuba has created innovative treatments that have been recognized by the international scientific community many times over. For example, in 2005, a small lab within the University of Havana won the World Intellectual Property Organization (WIPO) Gold Medal Award for developing the world’s first synthetic vaccine against Haemophilus influenza type B (or Hib).

In addition, the National Institute of Health (NIH) recognized Cuba for its Heberprot-P treatment that saves patients from amputations resulting from severe diabetic foot ulcers. Cuba’s advancements in diabetes treatments were described in an article from the NIH as “a novel product [that] provides an opportunity to address an important unmet medical need.”

Out of the 200,000 amputations annually in the U.S., diabetic foot ulcers account for 130,000 of those amputations. After an amputation, these patients have a survival rate of 40 percent after five years and just 24 percent after 10 years.

A sharp rise in the U.S. has made diabetes the seventh-highest cause of death in the country. Many more Americans will undergo amputations in the absence of access to Heberprot-P. Cuba’s Heberprot-P is the only treatment that stops the growth of foot ulcers and saves patients from undergoing life-threatening amputations.

Most recently, medical researchers in Cuba developed a vaccine called CIMAvax to improve treatment for lung cancer patients. CIMAvax is an immunotherapy that harnesses the body’s immune system to fight lung cancer. It is already an approved treatment in Argentina, Bosnia, Herzegovina, Colombia, Cuba, Kazakhstan, Paraguay, and Peru. Since lung cancer is one of the leading causes of cancer-related deaths worldwide, CIMAvax has caught the attention of doctors and patients alike.

Dr. Jennifer Choate, a board-certified Oncologist and Hematologist Specialist from California spoke with me over the phone to lend her perspective as a physician in the United States. She had not yet heard of CIMAvax, but offered her expertise to explain what a lung cancer vaccine could mean should one become available to the American public.

“Currently, cancer vaccines don’t have a broad spectrum. There is a vaccine for prostate cancer that has been promising, but a vaccine for lung cancer would be revolutionary because it is the leading cause of death in cancer patients,” explained Dr. Choate.

Traditional treatments for lung cancer are nonspecific and aggressive and include lung resection, radiotherapy, and chemotherapy. Recently, treatment with monoclonal antibodies and biological inhibitors has emerged as an effective alternative, generating results with few side effects. Like Cuba’s CIMAvax, monoclonal antibody drugs enlist your body’s immune system to target and fight against diseases, including cancer. According to Dr. Choate, these treatments are administered through IV which make them much less expensive than traditional approaches and result in fewer side effects.

“There are already good antibodies available for treating lung cancer, so the availability of a cancer vaccine to use with existing treatments would be exciting,” Dr. Choate said.

In 2018, CIMAvax became the first Cuban biopharmaceutical product to earn the U.S. drug regulator’s permission to carry out limited clinical trials on American soil. This partnership was announced soon after the Obama Administration began lifting sanctions on Cuba and normalizing relations. Unfortunately, since then, the Trump Administration has reversed the Obama-era policy towards Cuba and again imposed strict sanctions on the country. As a result, trade and scientific collaboration are as limited as ever, and CIMAvax is not available to the public in the U.S. due to blockade restrictions.

Still, some Americans try to travel to Cuba for lung cancer treatment regardless of U.S. laws prohibiting Americans from traveling to the island. These patients are forced into precarious situations where they must choose between breaking the law or saving their own lives. Should Cuba be allowed to ship its vaccine to the U.S., it could prolong and enhance the survival of thousands of U.S. patients.

Through the Moonshot initiative, President Joe Biden has prioritized unifying the country in the fight against cancer due to his own experience of losing his son to cancer. But, despite a unifying message in the battle against cancer, in practice, the Biden Administration maintains economic warfare on Cuba that prevents Americans from accessing treatments in Cuba. Biden promised to re-open relations with Cuba, but so far has imposed new sanctions and been tougher on Cuba than Donald Trump.

“The patients don’t understand the political and economic limitations. They just understand there’s an opportunity out there that they cannot use. Even though we know the drug is safe and successful, we still cannot use it for the patients,” said Rydell Alvarez, a Cuban medical researcher at the Center of Molecular Immunology (CIM).

Alvarez informed me that vaccines usually need 10 years for approval. But, with restrictions on Cuba from the blockade, this process might take 20 to 30 years or more. By that time, patients that could have benefitted from treatment are already lost.

“For Cuban medicine to be approved in the first-world market, it must go through clinical trials in the U.S. and be approved by the FDA. But, Cuban vaccines cannot be registered to sell in the U.S. due to the economic limitations.”

The U.S. government’s botched disaster response that followed faced intense scrutiny from the public. The U.S. government was accused of allowing much more human suffering to occur due to failures in preparing for and responding to Hurricane Katrina. If Cuban doctors and medical supplies had been allowed to enter the U.S., more Americans might have received the help they desperately needed. Ultimately, Cold War tensions froze out Cuban allies during a tremendous humanitarian crisis, and the American people paid the cost with their lives.

Cuba’s brigade stood by in case the U.S. decided to accept the aid, but it never happened. Then, in September 2005, Fidel Castro renamed the response team after the Brooklyn-born American Civil War soldier, Henry Reeve. Reeve became a Brigadier General in Cuba’s fight for independence from Spain and died fighting for Cuba.

Since 2005, the brigade’s 7,400 volunteer health professionals have treated more than 3.5 million people in 21 countries in the face of the worst disasters and epidemics of the last decade. They have volunteered in 19 countries worldwide and even carried out a critical mission during the Ebola virus disease outbreak in West Africa. In 2020, Cuba’s Henry Reeve Brigade was nominated for the Nobel Peace Prize for its international response to the COVID-19 pandemic.

Today, we again have the opportunity to work together to fight against diseases that affect all of us. Cuba’s innovative CIMAvax vaccine and Heberprot-P treatment can improve survival rates for patients in the U.S., but only if the medical experts of both countries can collaborate without the restrictions of an inhumane blockade. Cuba also offers many lessons to improve our ineffective and exploitative healthcare system. While under strict sanctions, the island nation developed one of the world’s most advanced social healthcare systems, skillfully mitigated the devastating effects of the pandemic, and pioneered medical advancements in biotechnology. Americans have much to gain through normalizing relations with our neighbour only 90 miles south of Florida.

Resolutions from the National Network on Cuba (NNOC) call for the U.S. government to end the blockade and promote scientific collaboration with Cuba. From city councils as far north as Baltimore to state senates as far south as Alabama, these resolutions have successfully passed in labour unions and governing bodies representing over 44 million Americans. Resolutions supporting Cuba are vital to building grassroots support for ending the blockade, and they have already proven to garner broad support among the American populace.

In light of a catastrophic pandemic that has killed over one million Americans and counting, the American people deserve a government that prioritizes the health and safety of its most vulnerable citizens over profit and politics. It is time for the U.S. government to reverse its barbaric, Cold War-era policy and recognize Cuba as one of our most valuable allies in the struggle to improve healthcare for the American people. (IPA Service)