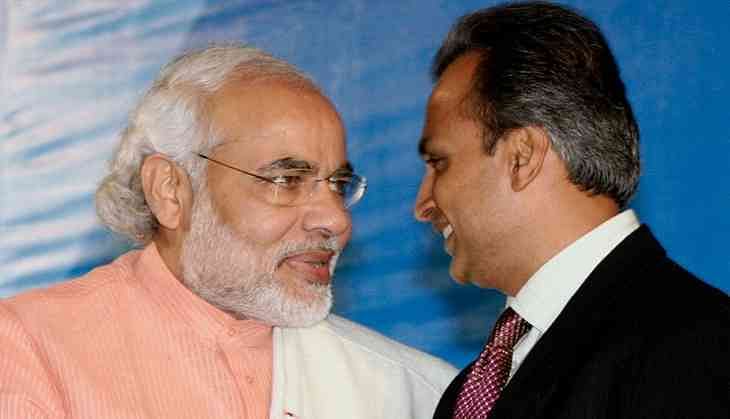 Sri Lanka has a social media. And these days Modi is trending. For Sri Lankans, Indian bigwigs trending in their social media is welcome diversion from the island nation’s woes. At least Modi is not Gotabaya Rajapaksa, Sri Lanka’s President who is still at the centre of storm after the resignation of his brother Prime Minister. The island   nation is still in turmoil and people have remembered India which helped its neighbour in times of crisis with fuel products and funds.

But Gotabaya hasn’t gone away. Some of the fires he fanned haven’t cooled yet. And Sri Lanka’s social media is “abuzz” with Modi and Adani trending with Gotabaya thrown in for “local flavour”. Just like India’s social media cannot get past Rahul Gandhi and the enforcement directorate with the Delhi Police thrown in for good measure.

The Adani in ‘Stop Adani’ is Gautam Adani whose Fortune brand is recognized for cooking oil and more. Now, along with being a billionaire, Adani is also touted, rightly or wrongly, as a “friend” of Prime Minister Narendra Modi, which should have sounded nice but doesn’t because instead of “friend”, the word used is “crony”, which while it is a synonym for “pal” and “friend”, also has a negative connotation.

Oxford, Cambridge and Merriam Webster will corroborate that even less honourable is when “crony” is clubbed with “capitalism”. The reason why Modi-Adani is trending in Sri Lankan social media is because allegations have been levelled that the “Adani group” was awarded a wind energy project in Sri Lanka because Prime Minister Narendra Modi put pressure on Gotabaya.

‘Ravana’ would have told Modi to take a hike, Gotabaya Rajapaksa succumbed. That is the difference. And the Sri Lankans don’t like it. They were planning a   “massive protest” against Gotabaya’s spineless slump. And Colombo was awash with posters screaming “Stop Adani”. Thursday, June 16, Sri Lankans were to gather “in front of Majestic City” to register their protest to Adani and Modi taking advantage of Colombo.

So, it looked like a case of the pot calling the kettle black when “Modi’s ED” grilled Rahul Gandhi and the BJP called the Congress corrupt. Here is where the “crony” comes in. According to the Cambridge dictionary “crony is a close friend or companion, exp., someone who may not be honest”; like in “I’d like to see the president and his cronies booted out of office.”

Is “crony capitalism” corruption? The answer to that is any transaction that is based on incentives to one or both parties to the transaction is at some or other level corruption. Of course, every country’s government lobbies for profitable deals in other countries on behalf of their industries. But not many heads of state get involved to the extent that it starts trending in the social media of another country.

In this case, Sri Lanka.  And the BJP and its cohorts cannot complain that the citizens of Sri Lanka have a visceral hatred for Modi and his Hindutva politics, like it can get away while dismissing the Opposition’s allegations against Modi. The Sri Lankans are questioning their own leadership. They don’t care what happens to Modi in India, or whether he gets bad press internationally.

“Crony capitalism” is a form of capitalism that flies at a level where it doesn’t capture the imagination of the common people. But “limiting competition” using a powerful person in government is classic crony capitalism, similar to influencing a foreign government to award a wind energy project to a favoured domestic company.

By the way, there’s an international crony capitalism index. Russia tops the index. India is No.9, and China No. 11. The United States at 16, and Germany at No. 22. Sri Lanka is nowhere in the list. The unsavoury reality is crony capitalism donates huge money to political parties.

Also, let’s not forget India’s billionaires have been making a splash globally in the last eight years, and “we the people” wallowed in the pride Indian tycoons were beating China’s Jack Ma to second and third place in the Forbes List of billionaires. Crazy, but that’s how it is. At least the Sri Lankan social media is trending “Stop Adani”. That said, the Adani Group has dismissed all allegations against it, saying that it was “disappointing”. (IPA Service)

Demolition Of Minority Houses At Prayagraj Is Totally Illegal
Posting....