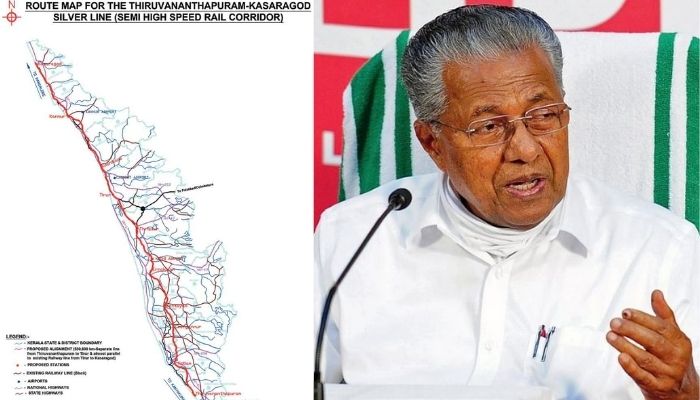 THIRUVANANTHAPURAM: It is a moral victory of sorts for the Left Democratic Front (LDF) Government. The reference is to the sudden decision of experts who oppose the SilverLine project to boycott the panel debate organized by K-Rail on Thursday, April 28.

The K-Rail has, however, decided to go ahead with the debate. The discussion will now have three panelists – former Railway Board member Sudhir Jain, Chamber of Commerce president S N Raghuchandran Nair and former vice-chancellor of Digital University Kuncherria P Isaac – speaking in favour of SilverLine, while environmentalist RVG Menon will talk against it.

A close look at the grounds on which the experts have decided to stay away from the debate is in order. AlokVerma, for instance, took exception to the very invite to the debate and raised doubts about its purpose. According to Verma, the invitation said the objective of the discussion is voicing the views of experts in the field so as to inform and educate the people of Kerala about the SilverLine project, a semi-high speed rail line that will pave the way for a major leap in the multi-faceted development of the State. Despite the invite, Verma would have the people believe, that the organisers might not be serious about listening to opposing views!

Verma’s contention is nothing but fantastic nonsense, to borrow a Nehruvian expression. The very word debate means voicing of different viewpoints. If the Government’s intention was not that, it would not have invited detractors of the project to the debate at all. To educate and inform the people means that the people will have a chance to listen to opposing views on the project. Verma’s reasons for the boycott are, to say the least, flimsy.  His other objection is that the earlier invite said the debate is being organized as directed by the Chief Secretary. But the formal invite does not say so! It goes without saying that Verma is skating on thin ice while justifying his boycott purely on technical grounds. It also raises doubts about his objection to the project.

As for Sridhar Radhakrishnan, he withdrew from the debate because it highlights the one-sided objective of the discussion! He further alleged that the government had disassociated itself from the discussion and appeared not keen on owning up organising the programme. It is the State government, which should listen to the arguments against SilverLine, and not K-Rail, he contended. Radhakrishnan forgets that K-Rail is not a private company. It is jointly owned by the Railways and the State Government. This fact knocks the stuffing out of his argument.

As for Joseph Mathew, it would have been better if the Government had retained his name in the list of panelists opposing the project. Mathew, incidentally, was IT adviser to the VS Achuthanandan government. He has been a vociferous critic of the LDF Government headed by CM Vijayan. Opposition alleges that the dropping of Mathew was therefore a political decision. CPI(M) state secretary Kodiyeri Balakrishnan, however, justified the removal of Mathew. It was the K-Rail officials who finalized the list. The Government has nothing to do with it. If K-Rail officials decided not to include Mathew’s name, the Government cannot do anything, claimed Kodiyeri.  Kodiyeri also termed the clash on Monday between CPI(M) workers and anti-SilverLine protestors at Nadal in Kannur district as a “natural response”. The people who uproot survey stones must be ready to face the consequences, he added.

Ally, CPI, however, deplored the police action against SilverLine protestors.  The police action in kicking protestors, the CPI state council said, was unacceptable.  Such acts are unbecoming of a modern and civilized society. The police should not indulge in such activities. The Government, the state council, said, should implement the project by taking the people into confidence. (IPA Service)

Shiv Sena In A ‘Hindutva’ Muddle As BJP-MNS Taunt It Of Being ‘Secular’
Posting....