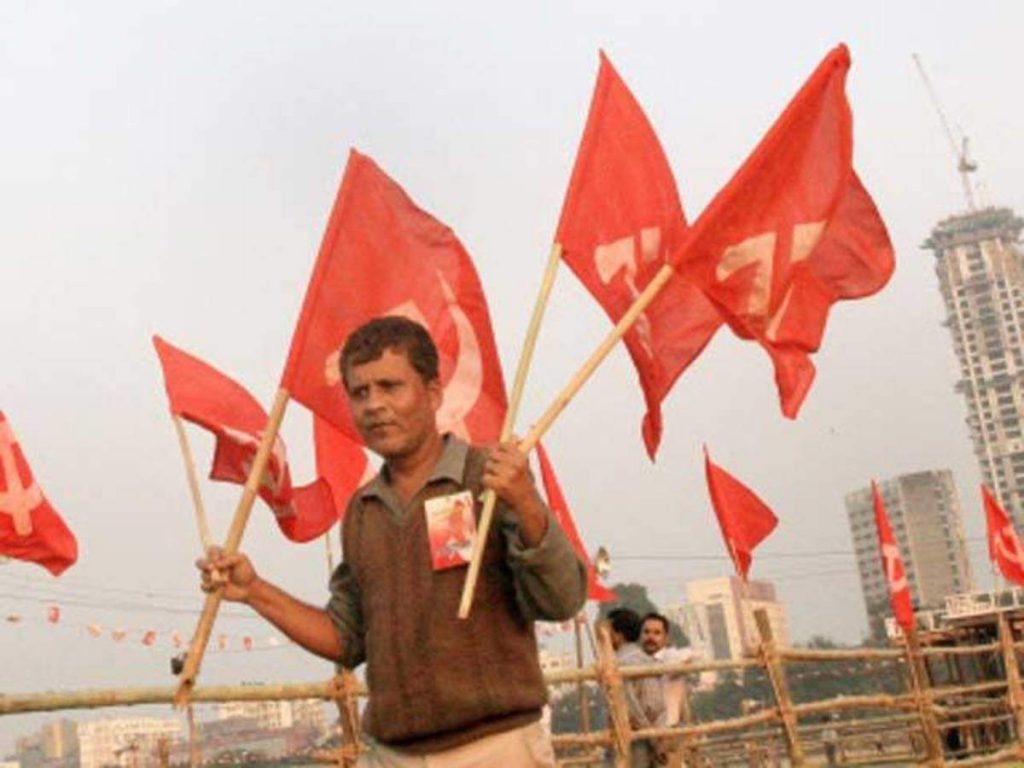 The Communist Party of India (Marxist) [CPI(M)] is holding its 23rd Party Congress in Kerala this month, from April 6 to 10. The delegates attending this five-day session will be deliberating on both the national and international situations, and, on the final day, will be adopting a document which will guide the party leadership in framing strategy and tactics for the next three years till the 24th Party Congress, possibly in 2025.

The draft political resolution (DPR) for the 23rd congress was adopted at the meeting of the central committee in Hyderabad on January 7 to 9 this year. Since then three months have passed and new developments have taken place at both international and national level. At the global level, Russia is in war with Ukraine and even after 41s days, there are no signs of this devastating war coming to an end anytime soon. China is giving critical support to the Russian invasion. CPI(M) has condemned Russian ‘invasion’, though simultaneously the role of NATO and the West’s moves to endanger the security of Russia have been mentioned. Globally, the communist parties are also taking position against the authoritarian Putin, while equally taking to task the West for its war-mongering.

At the national level, the assembly elections were held in five states, and in four states, the BJP retained its power. In Uttar Pradesh, Samajwadi Party gave a good fight but Yogi Adityanath was finally winner with comfortable majority. The Congress, the main challenger to the BJP in four states, lost its ruling state Punjab to AAP in a humiliating defeat. AAP now rules Punjab and Delhi, and the party has announced its decision to make a strong bid for Gujarat and Himachal Pradesh, which will go for assembly elections by the end of this year. The massive roadshow organized by the two AAP chief ministers in Ahmedabad last week has given fresh confidence to AAP. Both the BJP and the Congress are worried, the Congress more.

The party draft has correctly focused on fighting BJP as the main enemy both at political and electoral level and reiterated the last party congress observation that BJP and the Congress cannot be equated at the same level. The main task is to isolate and defeat the BJP. So the party will cooperate with secular opposition parties in Parliament on agreed issues. Outside the Parliament, the party will work for the broadest mobilisation of all secular forces against the communal agenda of the BJP.

The DPR has mentioned that the BJP has emerged as the principal political party of the Indian ruling classes and has spread its influence all over the country on the back of the RSS network that is rapidly expanding. The BJP currently leads the governments in 12 states and is in coalition in six others. It controls both the houses of Parliament.

All this information in the DPR document is fine, but not adequate enough to understand what a mammoth organisation the BJP is. In any war, real or electoral, one must understand the strengths of the main enemy and take follow-up measures to meet the challenge. The CPI(M) has declared the BJP as the main enemy in its DPR. So the delegates must know more about the political party they will be fighting.

BJP is now the political party with largest membership in the world. The Party claims a membership of 19 crore and this may go up to 21 crore by 2024. RSS has a membership of more than 20 crore, though there are  a large number of common members The present BJP under the dominant leadership of Narendra Modi is one of the most modernised parties in the world. The party machinery works round-the-clock and its information cell and the think-tanks continuously monitor the status of the party organisation, irrespective of whether there are elections or not.

The Party is mega rich. Earlier dependence on traders and petty shoppers is gone. The industry people in general contribute to the party funds and render other assistance. There are many big industrialists who think themselves as Hindu nationalists. They like Narendra Modi. That is why, 90 per cent of the electoral bonds go to BJP. The Congress used to get considerable funds from the corporate sector during its tenure, but under the regime of Narendra Modi, the corporate funding to the Congress declined drastically and now after eight years, it has come to a mere trickle.

Further, the BJP’s big source of funding is their global organisation ‘Overseas Friends of BJP’ and the VHP bodies in the western countries, especially in the UK and the USA. During my visit to Germany, UK and USA, I met many senior BJP functionaries who boasted that “even if the funds in India dry up for the BJP, we can take care of the entire election expenses”. This financial muscle power has been added to the organisational muscle power of the RSS and the myriad militant groups wreaking incremental violence on a daily on the minority populations almost all across the country.

That is the real challenge for the opposition parties including the Congress and the Left. They are facing a highly organised, meticulously planned, ruthless BJP in 2022 which seeks to pursue its Hindutva strategy with missionary zeal. It’s this mammoth Hindutva machinery that is challenging the much smaller anti-BJP parties in the electoral battle in the states in 2022 end and 2023, and in the Lok Sabha in 2024.The party has a scientific feedback process to take corrective measures. After the latest elections in Uttar Pradesh, the RSS conclave did not boast about the victory of the BJP, rather they identified their faultlines and decided to take corrective measures to reduce the strength of the rival Samajwadi Party in the next round of battle.

The opposition parties which want to fight BJP and are talking of uniting to combat the saffron challenge in the 2024 Lok Sabha elections, have to face this massive strength of BJP and work out an understanding between them so that they fight jointly both in Parliament and outside. Right now, while the BJP led by PM Modi is working 24×7 to retain power in the states in the next round of elections, the Congress, the main challenger in most of the states, is in internal crisis. The United Progressive Alliance, the main front of the opposition parties since 2004, is inactive since last year. Sonia Gandhi is still the chairperson and no concrete action plan has been taken by the UPA in the last eight months. This is damaging the opposition plans for action against the BJP.

It is high time the UPA is revived. It will be in the best interests of the opposition if the Tamil Nadu Chief Minister M K Stalin is made the new chairman of UPA. NCP supremo Sharad Pawar has already declined to be the chairman and he has assured to help any new UPA head. Stalin is best suited because his anti-BJP credential is impeccable and he has the capacity to bring both the Congress and the regional parties including Trinamool Congress under one umbrella. Stalin has a good equation with the CPI(M) and the CPI. This step of rejuvenating UPA is of crucial importance now. Sonia Gandhi will be free then to concentrate all her focus on the next round of assembly elections the outcome of which is important for the survival of the Congress as the credible political party of the opposition.

CPI(M) and the CPI have got a total of five seats in  present Lok Sabha — CPI(M) three and the CPI two. Out of these five, four are from Tamil Nadu where the victory was possible because of the alliance led by the DMK which includes Congress. That way, only one seat was won by the CPI(M) on the basis of its own strength. But in 2024 Lok Sabha elections, the prospects may be better for the Left. In fact, there is a possibility of getting many more seats from Kerala in next Lok Sabha poll. But the fact is the 2019 figure of five was the lowest in the history of the united Communist party since the first Lok Sabha elections were held in 1952. In 2004, Lok Sabha elections, the Left got 61 seats, out of which the CPI(M) got alone 44 and this was mainly due to elected MPs from West Bengal. With Bengal gone, only Kerala remains as the only state from which the Left can expect to get Lok Sabha seats on its own strength, in the 2024 Lok Sabha elections.

The 23rd party congress of the CPI(M) is being held two years before the scheduled Lok Sabha elections in 2024. Preceding that, the elections to few more state assemblies are there. The delegates will have to scan the significance of that and frame a practical tactical line to be followed in the coming two years preceding the Lok Sabha elections in 2024.Right now, the task is to unite at the national level as many non-BJP parties as possible including both the Congress and Trinamool to challenge the BJP and remove Narendra Modi from power. That has to be the main focus for CPI(M) also at its party congress and nothing else. This is the time for the combined Left to act as a catalyst for the setting up of a broad-based front of democratic and secular forces to remove BJP from power in the 2024 Lok Sabha elections. (IPA Service)