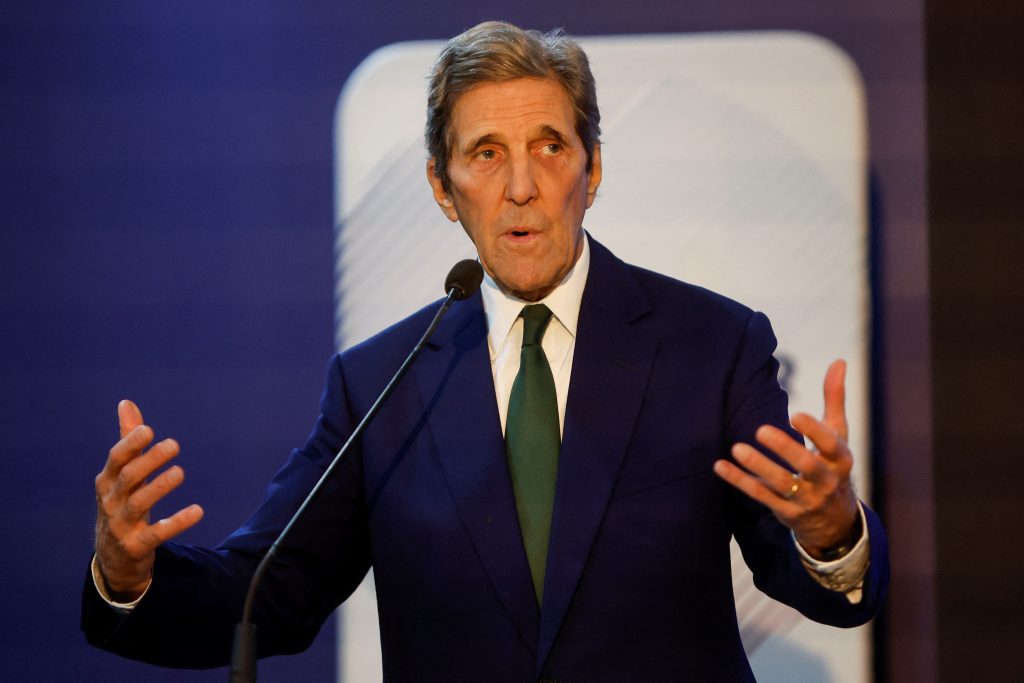 The draft text on CoP27 agreement released on Monday, November 14, clearly shows the division. Countries are still fighting on the most contentious issue of agreement on “funding arrangements for loss and damage”. The UN climate conference is still swinging between hope and despair. At one point of time, the head of cabinet for EU executive vice-president Frans Timmermans, even warned delegates that “progress at this CoP won’t be great.”

Howsoever slippery the ground may seem on the issue of some binding agreement for all the countries, there is still hope, for greater commitments and actions on adaptation measures to achieve net-zero. EU executive vice-president has reiterated that the EU stands ready to work on loss and damage, “but that’s only the beginning … this CoP will need a commitment from the global north (ie from the developed countries).”

In the beginning of the summit, a group of island countries tried to corner India and China demanding that they should also pay for the “damage and loss” on account of climate damage because they are third and the second largest polluter of the world. India’s stand is that it is a developing country and has historically contributed only around 4 per cent of global cumulative emissions since 1850, while the greater part of the climate damage has been done by developed countries.

The demand from India to pay for loss and damage was made for the fist time. To date, climate vulnerable countries have called only on historical emitters like the United States, United Kingdom and the EU to pay climate reparations. Until now, India has been in the forefront in demanding climate justice from the developed countries especially after the Paris Agreement on Climate Change in 2015.India has thwarted the efforts against the country to be included among the historical polluters, and now trying for a suitable agreement that suits its energy needs.

It should be recalled that at the start of the summit, and for the first time since the UN Framework Convention on Climate Change (UNFCCC) entered into force in 1994, loss and damage funding was put on the CoP agenda. However, countries views differ on the issue whether should be tackled with a new fund or with existing mechanisms. While some developing and vulnerable countries wanted a new funding facility to be established at CoP27 itself, the developed countries such as the US and EU are opposed to it.

The draft text indicate the clear divide with two option –the first is a new funding arrangement “as agreed at CoP27 … to be operationalized no later than by CoP29 (2024)” and the second is “a mosaic of funding arrangements for responding to loss and damage.”

Dutch energy minister Rob Jetten’s statement that too much focus on loss and damage will harm everything is just an example how slippery is the ground for agreement on new funding option. He even said that private funding is needed, but arrangement for funding in the draft text does not mention private funding, though it included a wide range of financial options.

The US and the EU while opposing the move for establishment of a new fund at this summit itself have argued that parties do not yet know what shape it would take. US climate envoy John Kerry has said that there is no full definition on “what a facility is or what shape it might take.” In fact, the US does not want to have talks on loss and damage giving argument that it would weigh on the rest of negotiations.

EU negotiator Jacob Werksman said, “We don’t think this process is ready to agree in principle that a fund or facility is the only way forward, but we are not excluding that and could not exclude that as a significant part of the conversation.”

Officials from the US and other developed countries have categorically said that there are already existing funding mechanisms, including the Adaptation Fund established in 2001, the Green Climate Fund established in 2010, of the Global Shield backed by G7. The Global Shield against Climate Risks was launched with initial funding of more than $200 million to provide “pre-arranged financial support designed to be quickly deployed in times of climate disasters”.

CoP27 president says time is running out and urges negotiators to step up their efforts amid a growing concern whether this climate conference in Egypt would live up to its billing as the “implementation summit.”

The draft text, which could still be changed, included a reference to the establishment of a UN-administered fund. Other options included a fit-for-purpose fund under the UN and the strengthening of existing entities and public finance, including grants.

It is still not clear whether the developed and industrialised nations would agree to the draft text agreement, or parts of it. Still there is a hope of a breakthrough that can be worked out at last.

Scheduled end of the talks are just four days away, and there are great anxieties on account of the negotiations entangled around the most controversial issues, preventing representatives from reaching agreement by Friday. And if it happens, there would be delay by a full year until CoP28 next year. There is also a talk doing round that the summit might not wrap up by Friday as scheduled and could extend into the weekend to give more time to negotiators.

Now, the focus of the ongoing talks have been shifted from “liability or compensation” to “co-operation and facilitation”. Egyptian Foreign Minister Sameh Shoukry, the president of CoP27, has said that compromise is necessary to reach a “conclusive decision”. “This could be the CoP where we lose 1.5 degree Celsius,” said Alok Sharma, the former UK cabinet minister who presided over CoP26 summit in Glasgow last year. (IPA Service)