Congress Still Favourite In Punjab But Farmers Votes Will Be Crucial 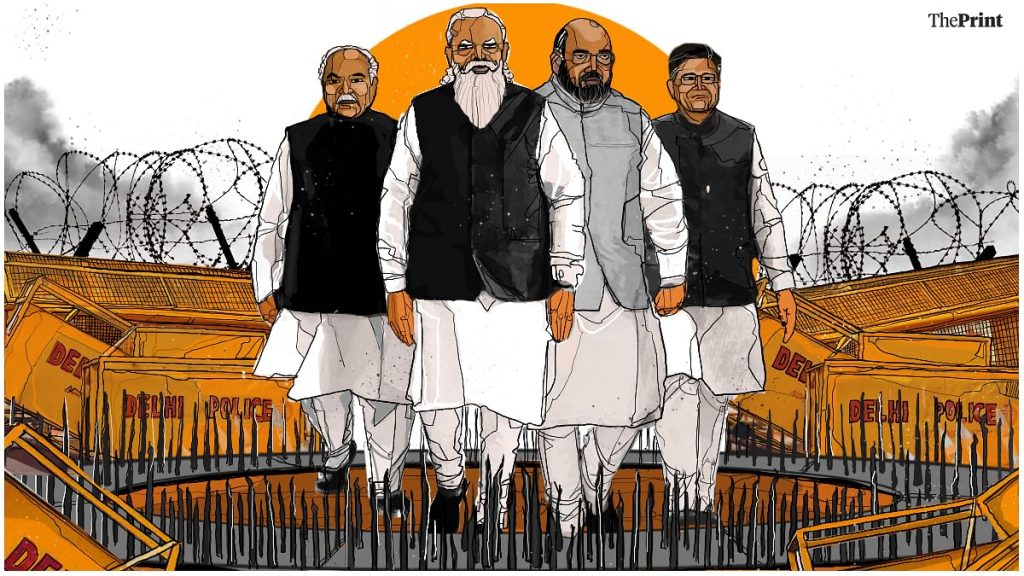 BKU (Ugrahan), Punjab’s biggest farmers union, will not support any political party in the fast approaching assembly elections, which means the Congress cannot crow about aggrieved farmers en bloc dumping the BJP and en masse voting for the Congress. What this means is farmers will vote with their conscience and that translates to everybody in the fray will be equally lucky.

This also means that Prime Minister Narendra Modi’s rendezvous with the flyover in Ferozepur will neither lose him votes nor win him the electorate. If the BJP is to be believed, the Charanjit Singh Channi Government in cahoots with the Punjab Police and the Punjab farmers successfully thwarted and trapped Modi and turned him into a global laughing stock. It’s so funny that Ramdas Athawale of the Republican Party of India, says his outfit  will help the BJP win Punjab!

That said, Punjab’s border state status confers on it a special responsibility. But, in recent decades, Punjab has gone from worse to worst. The pits was to get renamed ‘Udta Punjab’, thanks largely to the Punjabis’ predisposition to escapism, the only ‘ism’ more powerful than any religious or political ‘ism’. The majority of Punjab’s male population is forever lost in the escapism of “druggism” and no political party wanted to disturb the status quo.

So, what are poll prospects of the political parties in the fray for the forthcoming assembly elections in Punjab? One would have thought the farmers would have had a say. But that is not gonna be the way it will go, not after the BKU (Ugrahan) declaration. Also, the BKU of Rakesh Tikait cannot do much to influence the trajectory of voting in the Punjab assembly elections. Tikait goes everywhere, from West Bengal to Timbuckto, to demand the defeat of the BJP but stops short of entering the Punjab.

That still does not answer the question, what are the poll prospects of the different political parties in the fray in Punjab? Broadly speaking, it’s a four-corner fight. There is the Congress in the fourth corner. There’s the BJP and Captain Amarinder Singh’s Punjab Lok Congress in the third corner along with Ramdas Athalwe’s RPI. The SAD party is in the second corner with the BSP and Kejriwal’s AAP is in the first corner.

If talk is to be believed, Punjab Chief Minister Charanjit Singh Channi is weaving magic ever since Sidhu lost the right to the Chief Minister’s chair. Talk says if it had been Sidhu instead of Channi in the hot-seat, the Congress would have been looking into a dark bottomless abyss. Channi not only turned the tables on Navjot Singh Sidhu but also got Prime Minister Narendra Modi lose patience.

Imagine a Prime Minister thanking a Chief Minister for granting him life! And that when there’s the SPG in the PM’s corner. Charanjit Singh Channi is the current flavour in Punjab. And Sidhu, Amarinder Singh and their Akali equivalent are all looking cross-eyed at Channi. Dalit Chief Minister Charanjit Singh Channi can work a miracle. His greatest quality: He can charm off a squirrel from its perch on the tallest tree in Punjab.

That leaves who else? Captain Amarinder Singh’s Punjab Lok Congress has an alliance with the BJP. The BJP thought the tie-up will help it win over the estranged Sikh farmer after the year-long farmers’ protests. The Centre withdrew the three farm laws and has promised to fix the MSP. But even the BJP cannot bring home the dead alive. It’s said that more than 700 farmers died protesting and that’s not counting the four in Lakhimpur Kheri and the one who was set aflame in Haryana  and yet another lynched at the Singhu border just outside Delhi.

The BJP will have to pay for these affronts. Modi’s folded hands’ repeal of the three farm laws came too late, too little. Where’s the MSP, asked the farmers. BJP’s poll prospects have dimmed for want of an answer. And, now, there’s the statewide complaint against Modi for trying to shift the blame for the flyover fiasco on to the farmers. “How dare he, how can he even allude that Punjab’s farmers are a threat to his life?” asked Congress leaders everywhere.

So, while the Congress primes itself to a possible victory, the Akali Dal and the AAP are out campaigning door to door. Of the two, AAP is better placed. In fact, AAP is ahead of everyone in the selection of candidates, too. Also, AAP has aced the door to door campaigning mode. With the EC ban on mass public rallies, AAP sits pretty. Unlike the Akali Dal, which has a tie-up with the BSP and couldn’t wait to gripe and complain. Five years out of power has left the SAD party in a state of unspeakable gloom.

The only party riding a sense of optimism is the Aam Aadmi Party. Kejriwal’s freebie strategy promises to pay dividends for AAP. In the selection of candidates, too, AAP is ahead of all its rivals. Predictions favour the party of the aam aadmi. But overall, despite AAP’s alliance with a positive outlook, the scales tip and tilt in favour of Charanjit Singh Channi’s Congress. (IPA Service)