Congress May Lean On Priyanka For Intra-Party Pro-Rahul Outreach 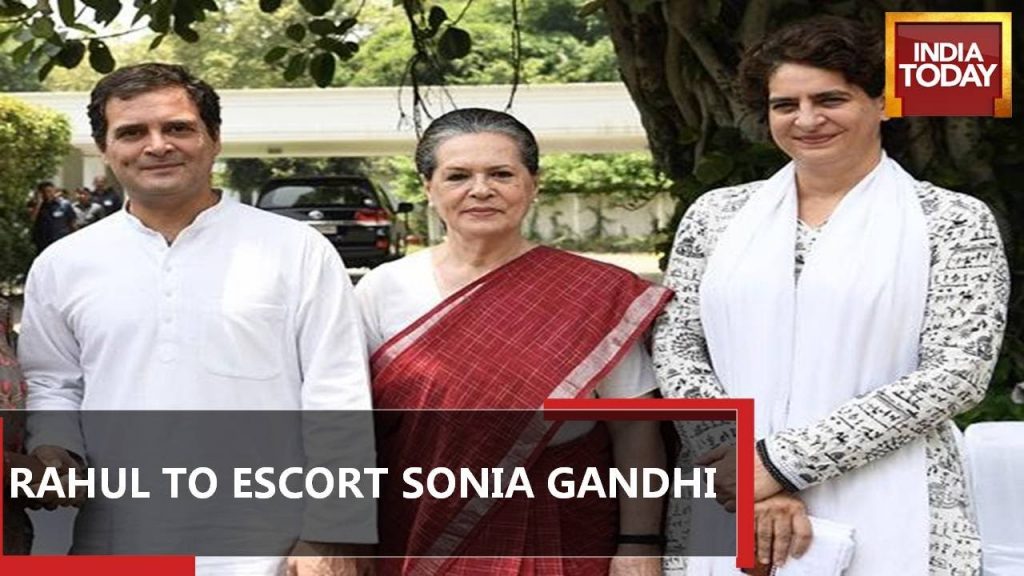 A reshuffle will take place among the All India Congress Committee (AICC) office-bearers, expected after Gujarat and Himachal Pradesh assembly elections get over. Seemingly, one section of senior Congress leaders wants Priyanka Gandhi Vadra to have a place in the AICC headquarter. The grapevine is that the Congress general secretary, in-charge of UP, Priyanka Gandhi Vadra, is likely to get assigned a new post within the party. Analysts feel that Congress should offer Priyanka Gandhi a bigger role of reaching out to the leaders who are not in sync with Rahul Gandhi.

Newly elected Congress president Mallikarjun Kharge joined the Bharat Jodo Yatra led by Rahul Gandhi on November 1 at the Necklace Road, Hyderabad. Kharge called himself a part of Telangana and said that his native place was also part of the pre-independence Hyderabad state of the Nizam. Kharge said that the Bharat Jodo Yatra was bringing about a major revolution that would cause remarkable change in the political landscape. Kharge also emphasized that the Congress only under Rahul Gandhi could form a non-BJP government at the Centre. In addition, Bollywood actress-filmmaker Pooja Bhatt joined the Bharat Jodo Yatra on Wednesday, November 3. The 50-year-old actress walked for over 10 kilometres along with Rahul Gandhi and other Congress leaders as the march proceeded in the city. In a video, Bhatt can be seen saying that siding with love at a time of hate is itself a revolutionary act. Bharat Jodo Yatra will continue in Telangana till November 7 with a one-day break on Friday. It will cover about 375 km in 19 Assembly and seven Parliamentary constituencies in the state.

The tussle within Himachal Pradesh BJP is at its peak over ticket allocations for the impending Assembly elections. Huge anguish and discontentment raged in 14 assembly constituencies since the party denied tickets to 11 sitting MLAs. BJP suspended five of its rebel leaders from the primary membership of the party for contesting the election as Independents. An internal uprising within the BJP has raised serious concern in the saffron party. However, the BJP leadership is determined to buck the trend of rising attrition by capitalising on Prime Minister Narendra Modi’s “double engine sarkar” slogan. On the other hand, the Congress is also facing rebellion, with some key party leaders joining the BJP. Polling in Himachal Pradesh will take place on November 12, while the counting of ballots will be done on December 8.

Ahead of assembly elections, Congress had strategically launched yatras in five zones of Gujarat to reach out to the people. During the Gujarat Parivartan Sankalp Yatra, 145 public meetings and 95 rallies will be held along the route covering more than 5,400 km. The yatras were launched from Vadgam, Bhuj, Somnath, Fagvel and Jambusar. The yatras will be conducted in each zone for seven days. Senior Congress leaders, including Rajasthan Chief Minister Ashok Gehlot, his Chhattisgarh counterpart BhupeshBaghel, former Madhya Pradesh chief ministers Digvijaya Singh and Kamal Nath, and MLA Sachin Pilot, are expected to join the yatra. The Congress has promised to provide free treatment of up to Rs 10 lakh, farmers’ debt waiver of up to Rs 3 lakh, electricity bill waiver, 10 lakh government jobs to youth, unemployment allowance of Rs 3,000 per month, the opening of 3,000 government English-medium schools, as well as Rs 4 lakh compensation for COVID-19 deaths.

IS NITIN GADKARI WARMING UP TO NARENDRA MODI AGAIN?

Union road, transport and highways minister Nitin Gadkari has finally begun toeing the Modiline. All the recent tweets by the minister, praising the accomplishments of the transport sector, have phrases such as “under the visionary leadership of PM Shri @narendramodiJi” or “ModiJi’s vision of #AatmnirbharBharat”. Gadkari, who never misses the chance to take digs at the leadership and speak his mind privately with journalists, is displaying a brand new pliant face. Nevertheless, alarmed BJP leaders have been on their toes reading the political messaging in such unexpected transformations. (IPA Service)

Clearance To GM Mustard Is Harmful To Environment And Human Health
Posting....