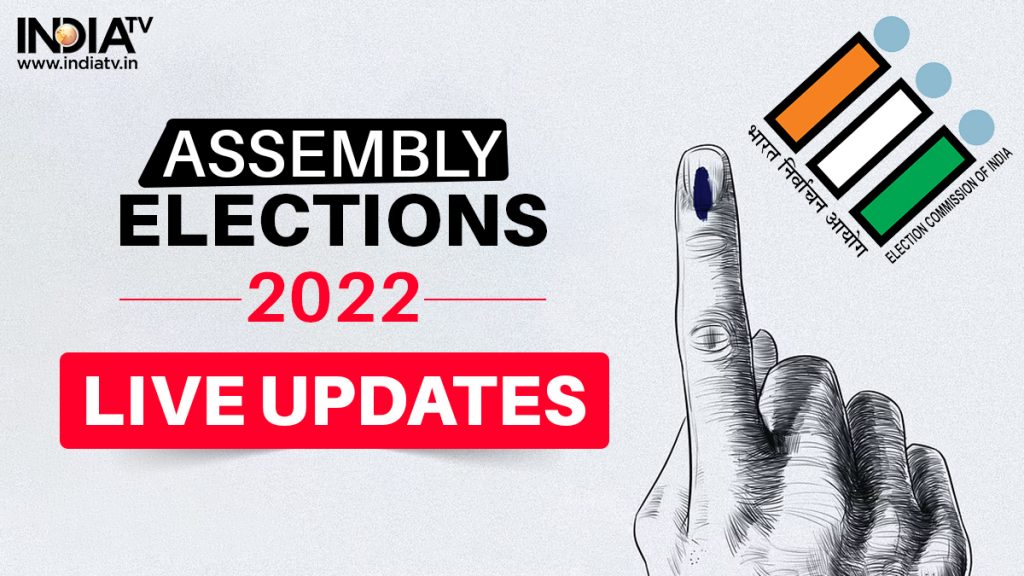 Elections in Gujarat have traditionally been direct fights between the BJP and the Congress. However, the 2022 Assembly polls expected to be held in November-December, are set to be different after Aam Aadmi Party announced it would contest all 182 seats.

The ruling BJP is attempting to win an absolute majority for seventh consecutive time. It is also aiming to win 150 seats to beat the record 149 seats that the Congress got under the leadership of former Chief Minister Madhavsinh Solanki in 1985.

In 2017, the Congress won a respectable 77 seats. But that has fallen to 65 after 12 MLAs deserted it. As things stand, the Congress is leaderless and clueless in Gujarat, has nothing to lose; even an improvement of one seat in its tally would be a face saver for the party.

It seems to be pinning its hope on the possibility of Nareshjibhai Patel, an influential Padidar leader from Saurashtra, joining it. Patel, a Leuva Patidar, heads the Shree Khodaldham Trust that manages the temple of Khodal Mata, the main deity of his sub-caste. Around two months ago, he announced his inclination to join politics. Ever since, there has been speculation about him joining the Congress or Aam Aadmi Party. The importance of Patel, 56, can be gauged from the fact that no political party has said anything negative about him.

Gujarat BJP President C R Patil has expressed hope that Patel, an ardent devotee of Shiva, would join the BJP. Hitesh Patel, member, BJP media cell, Gujarat, said that any person who accepts the party’s ideology and the local and central leadership is most welcome. The Congress’s Sukhram Rathva, the leader of the Opposition in the Assembly, has said that any party that Patel joins would get the benefit.

Patel, an industrialist, heads Patel Brass Works Pvt Ltd, which was founded in 1948 as small foundry. Today, it has a joint venture with Federal-Mogul Power-train—a leading Global supplier of engine components. Patel Brass Works also exports bearing for high speed engines, compressor and earth movers to markets including the US, Canada, Latin America and Europe.

One reason Patel did not take the political plunge earlier could be his family. Sources who know the family said they had been against him joining politics. But his wife, Shalini, recently said that if he wanted to enter politics, they had no issues with it. It is learnt that Patel recently had a meeting with Rajasthan Chief Minister Ashok Gehlot and election strategist Prashant Kishor. The Grape-wine has it that if Patel were to join Congress, one of the pre-conditions would be that he be made chief minister if the party comes to power.

Patidars hold sway in around 50 seats in Gujarat, the majority of which are in the Saurashtra region. The two major sub-castes — Leuva and Kedva Patidars — constitute around 15 per cent of state’s electorate. Neither the BJP nor the Congress has held back in projecting their commitment towards the Patidars. Chief Minister Bhupendra Patel is a Kedva Patidar. So is the Congress’s firebrand leader and working President Hardik Patel. Recently, the Congress named a Leuva Patidar—Jenny, daughter of MLA Virji Thummar—the president of women’s wing.

In case of Naresh Patel, while his caste will help him politically, the work he has done is also vital. “Patel’s strong point is that more than him, his work speaks”, said Yashpal Baxi, who has written a book on him. “He heads many trusts and set up one of the first banks in Rajkot. He would be in office till three pm and then listen to grievances of the people”.

The Khodal Mata temple at Kagvad, near Rajkot, has been visited by political leaders cutting across party lines, including Prime Minister Narendra Modi. Politicians have often boasted about their closeness to Patel, but sources close to him said that he has never been close to any politicians. However, in 2017, he did support his close friends who were candidates of various parties.

He has been holding arbitration forums, which have resolved issues before they reach the court. A person close to Patel reportedly said that a day before he visits any village a messenger would go and inform the villagers about the planned visit. The next day, the atmosphere would be similar to that of an import ceremony. He also mediated withdrawal of cases against Patidar (resulting from the Patidar agitation).

Patel clearly commands huge respect and can certainly be a game changer for the party he joins. Gujarat Congress spokesman Manish Dosi said the announcement is likely to happen soon. It is rumoured that Patel is most likely to join the Congress (his father, Rajiv Bhai, leaned toward congress ideology); it is believed that people close to him have advised that him that joining the APP would also benefit BJP by spitting votes. However, in the current Scenario in Gujarat, Patel may not able to ignore the BJP completely, his office said he would not comment on the issue as a survey was underway to get opinion of his community on which party he should join. It would be difficult for any political party to pressure him.

As a political parties wait for Patel to announce his decision, there has been another development that carries weight politically — Patel was recently seen in a meeting with leaders from the Kol community (classified as OBC in Gujarat). Analysts feel that if Patels and Kolis unite, it can be a deadly combination, especially in Saurashtra. (IPA Service)