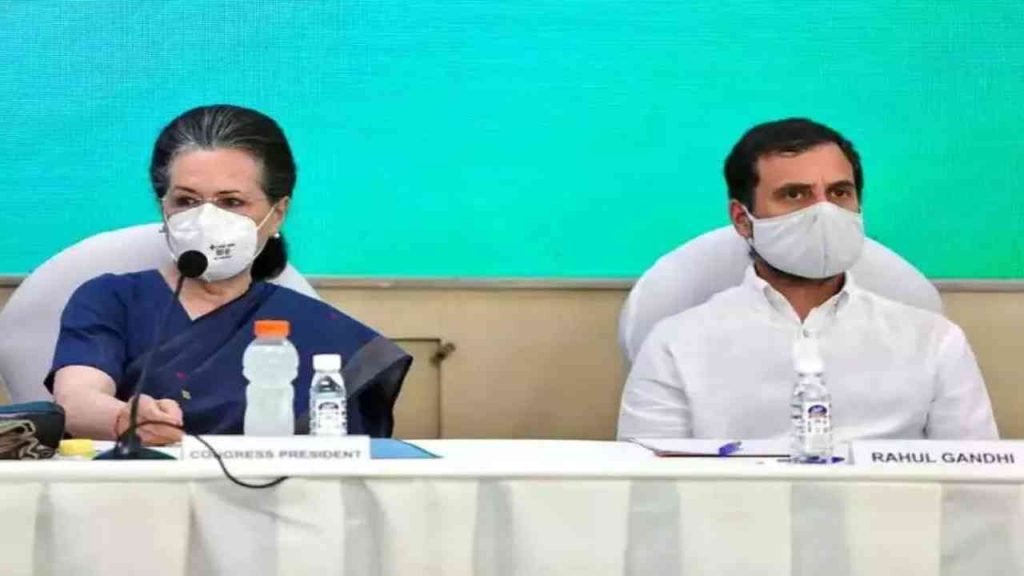 Sonia Gandhi’s recent meetings with the G-23 leaders of her party for whom she did not have much time earlier underlines her realization that Rahul Gandhi has failed to live up to her expectations for him to be an unchallenged, front-ranking leader of the Congress. She has to look for other options, therefore, even if reluctantly.

It is no secret that for years, Sonia Gandhi had nurtured the hope that her eldest son will one day become the prime minister. It is this expectation which made her give primacy to Rahul although Priyanka Gandhi seemingly had wider acceptability among the people and the party members. Because of Priyanka’s charming ways, she was way ahead in the popularity charts than her less amenable brother who was uneasy and standoffish in his public interactions.

Perhaps as a result of these character flaws, Rahul has now clearly fallen behind others like Arvind Kejriwal and Mamata Banerjee. Rahul’s diminishing stature in the public domain can be said to have started when he was seen holidaying in Shimla while the RJD’s Tejashvi Yadav put his heart and soul into the Bihar election campaign in the winter of 2020, ultimately ensuring that his party would emerge as the No. 1 in Bihar although it could not win the contest.

If Rahul had campaigned equally energetically and not confirmed his reputation as a part-timer by his absenteeism, it is just possible that the RJD-Congress combine would have pipped the BJP-JD(U) duo at the post if not run it close. Following that spell of truancy in Bihar, Rahul also mostly kept away from the U.P. polls in contrast to the considerable effort which Priyanka put into the campaign. Like Tejashvi Yadav in Bihar, it was Akhilesh Yadav who led to the charge against the BJP in U.P., emphasizing the emergence of regional leaders in the key states while the “national” parties took a back seat.

It is Uttar Pradesh, and, more specifically Punjab, which appear to have sealed Rahul’s fate. The Congress’s loss in Punjab was the handiwork of the brother-and-sister duo of Rahul and Priyanka, who placed a surprising amount of faith in Navjot Singh Sidhu, a maverick known for his manic laughter at a comedy show. How anyone could have rooted for Sidhu in order to sideline the veteran Amarinder Singh who led the Congress to victory in the last assembly election is an indecipherable mystery. One explanation is that Singh, who belongs to the Patiala “royal” family, was not obsequious enough for the potentates of the Congress’s first family. Whatever the reason, the Congress, or rather the two siblings, can be said to have shot the party in the foot in Punjab, squandering a winning hand.

That defeat along with those in Uttarakhand, Goa and Manipur, where the Congress could have won with a little bit of effort, mean that Rahul may be staring at a bleak political future. If he fails again in Gujarat with the Congress falling behind the BJP and the Aam Admi Party (AAP), which fancies its chances after its excellent showing in Punjab, then Rahul can say goodbye to his political career in any meaningful form. Such a setback will also mean the end of the Nehru-Gandhi dynasty although it may hold on to its leadership position with the help of the “base” of sycophants who owe their allegiance to the family.

The Congress has been splintering over the years with influential local leaders like Sharad Pawar, Mamata Banerjee and Jagan Mohan Reddy breaking away. What nevertheless held it together was the aura of a national party which could always hark to Jawaharlal Nehru and Indira Gandhi for inspiration. But the party began to fall apart as the quality of the leaders in the first family began to deteriorate. Neither Sonia nor her children had the intellectual calibre to fend off the BJP’s cultural-religious-communal challenge. The party could not even match the oratorical skills of the saffron group, let alone its organizational clout.

Only the infusion of fresh faces – Sachin Pilot (?) – at the top level and the rehabilitation of veterans  – along with the elevation of successful chief ministers like Bhupesh Baghel – may be able save the party. The Congress will also have to get down from its high horse and work in close collaboration with the likes of Mamata Banerjee (ignoring Adhir Ranjan Chowdhury) and Sharad Pawar, as it is already doing in Maharashtra. Otherwise, it seems destined to become extinct. (IPA Service)