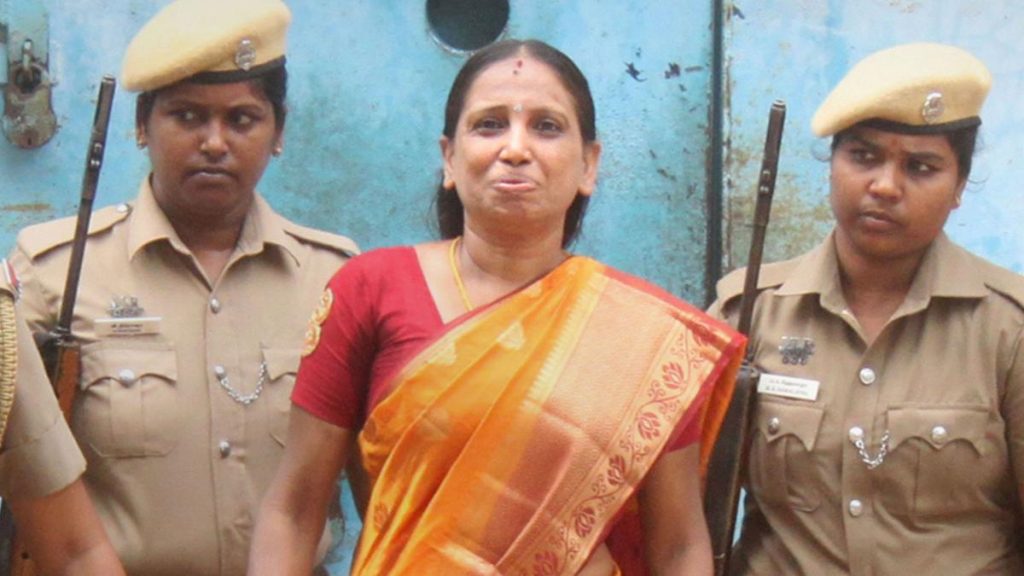 Let us agree not to disagree with the Congress that the Supreme Court should not have released the six convicts in the Rajiv Gandhi assassination case; that this was “totally unacceptable and completely erroneous.” The ruling has made the top court a laughing stock to some, and it comes in the wake of Justice DY Chandrachud taking over as the Chief Justice of India.

It has given the convicts another chance to malign their captors, including spreading far and wide the canard that they were all innocents, jailed wrongly by “north Indians”; that they were “victims and freedom-fighters” and “not terrorists and killers”.

To expect the Congress to condone the killing of a Gandhi family member, who became the Prime Minister of India, would be completely out of character. But on November 12, the media were all over Nalini Sriharan, when she walked out of Vellore jail, mollycoddling her as if she had been wrongly held behind bars for 32 years, a ‘Lady Nelson Mandela’!

And the questions the media put to her! As if a special diet, a chance to clear her name from the conspiracy to sully her fair name; and along with her name, that of her husband V Sriharan alias Murugan’s name! In hindsight, it’s like Nalini and Murugan were the power-couple of the circle of assassins.

At least the media and some judges made them sound like a celebrity couple, with sympathy added to the myriad feelings surrounding them. Murugan was Nalini’s love, and Nalini was Murugan’s muse. The Sri Lankan and Indian swooning and mooning over each other, and she went where he went, 32 years ago; and, now, 32 years later.

November 12, after her release, Nalini replied to a question, “I will go where my husband goes, wherever my husband goes.” So cute, and so cringe worthy. Thirty-plus years ago, Nalini had trailed Murugan to Sriperumbudur, along with newfound friend Dhanu, the human bomb.

Murugan is the man she fell in love with, and the man who plotted Rajiv Gandhi’s bombing with the top guys who escaped the dragnet, and along with the rest of the seven let go free by the Supreme Court. He’s the man who introduced suicide-bomber Dhanu to Nalini. And yet Nalini says she is innocent, and a “victim”, not a killer!

And, this is the same Nalini for whom Sonia Gandhi took time off to commute the sentence of death to life. The same Nalini who met Priyanka Gandhi Vadra and made her cry. How could Sonia and Priyanka Gandhi forget that Rajiv Gandhi was killed by a smiling assassin who stared up into his eyes, and set off the bomb strapped to her heart!

A living throbbing subterfuge aided by a gang of conspirators hovering in the margins, including Nalini! Nalini Sriharan watched from a safe distance human-bomb Dhanu on that fateful May 1991 evening. She was in love, but in her heart, death loomed for the man who was Prime Minister of India; it was tantamount to waging war with India.

Nalini was not Sri Lankan, she was an Indian in love with a Sri Lankan, the man she tied the knot with, and had a child with. Now 32 years later, Nalini professes innocence, saying “my belief in myself that I was innocent kept me alive behind bars for 32 years”. What a shambolic shamster, telling a news agency that all she wanted now was to “connect” with “members of my family, and with members of my husband Murugan’s family”.

Murugan alias Sriharan fled the island for Chennai “to go abroad” as if India was not “abroad” for this Sri Lankan Tamil, who knew well Sivarasan, who led the assassination team and who was never caught.

Murugan also introduced Nalini to Sivarasan. Murugan also knew Dhanu the human bomb. Dhanu, Murugan and the lovelorn Nalini together set out for Sriperumbudur on May 21, 1991 and, now, 32 years later, Nalini claims that it was her “belief in my own innocence” that kept her alive in jail!

Murugan was Nalini’s brother’s friend and often used to stay the nights at her home, and Dhanu was a frequent guest at Nalini’s. It was a convenient arrangement. After Dhanu blew herself up and Rajiv Gandhi along with her, Nalini and Murugan went on the run, staying at various locations before being located and caught.

By then, Nalini was ‘Mrs Sriharan’ and pregnant, their separation the natural default setting. Nalini’s love affair with the assassin’s co-conspirator took a 32-year-long pause. Now, they are back together, plotting what? There will come a time when ‘Nalini & Murugan’ will range alongside ‘Laila & Majnu’, and ‘Romeo & Juliet’.

Nalini’s love affair rekindled, and AG Perarivalan’s reunion with his mother accomplished, with Murugan back in Nalini’s embrace, with Sivarasan and Prabhakaran and Pottu Aman, forgotten in the mists of time, what’s left? What about the families of the 15 others who were killed in the bombing of Rajiv Gandhi? Even as the media look for enduring love in the Nalini saga, there’s no closure for these lesser children of a lesser God! It is not just the Congress to whom the SC decision is “totally unacceptable and completely erroneous.” (IPA Service)

Prime Minister Narendra Modi Is Playing The Victim Card On The Eve Of Assembly Polls
Posting....