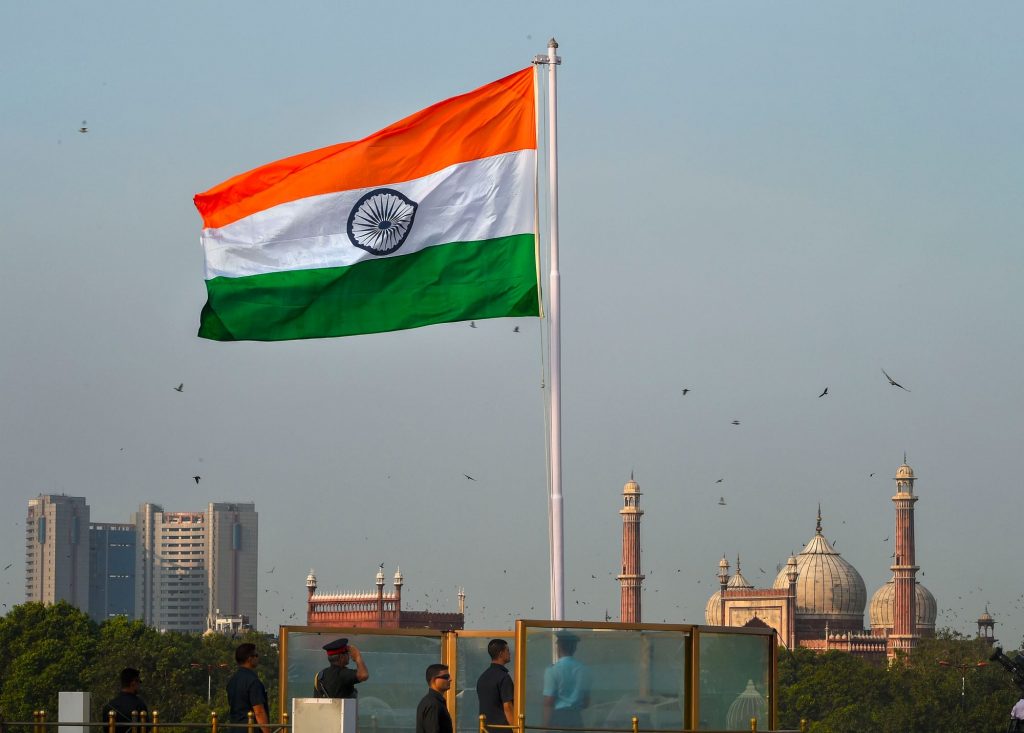 Congress hasn’t done any credit to itself by criticising prime minister Narendra Modi‘s ‘Har Ghar Tiranga’ call to hoist the national flag atop homes to mark the 75th year of India’s independence under the Azadi Ka Amrit Mahotsav campaign. It was somewhat uncharacteristic of him at this instance to mention that the first tricolour was unfurled by Pandit Nehru.  In a tweet, he also recalled “the monumental courage and efforts of all those who dreamt of a flag for free India when we were fighting colonial rule. We reiterate our commitment to fulfil their vision and build the India of their dreams.”

But the Congress party, which is legitimately the heir to the tricolour of independence struggle, has derided Modi’s call. Senior party leader Jairam Ramesh called it hypocrisy, saying the call has been made by those who have destroyed the lives of people who make the national flag using khadi. His grievance, of course, is that the Modi government has decided to amend the Flag Code of India, 2002, allowing for the tricolour to be made from polyester and other machine-made fabrics, besides the traditional hand-spun and hand-woven khadi.

Rahul Gandhi was more moderate, only questioning why the RSS refused for 52 years to hoist in Nagpur the tricolour ‘for which many people of our country were martyred’. Of  course, he mentioned how the government decision was depriving the khadi weavers of their livelihood, but in a less strident tone.

It is noteworthy that even the communists, who were loathe to the idea of unfurling the national flag to celebrate Indian independence until a year ago, have responded positively, deciding to celebrate the day at party headquarters and offices. Kerala’s LDF government has, in fact, issued an order requiring all students and teachers to foist tricolour on their houses.

Congress may have inadvertently given wrong ideas to Narendra Modi, who is keener than anything else to achieve a Congress-mukt Bharat. The Congress and national flags look ominously close to each other, with the differences being subtle and noticed only by the well-informed. At one cursory look, both look the same, particularly when the flags are folded in a natural way, which is how all flags appear. If anyone feels there is enough ground to make the two look entirely different, he or she can’t be questioned. Maybe, the government could move another amendment to the flag laws, banning resemblance to the national flag for any other standard. This will have Congress in big trouble.

It is a different matter that the colours on the national flag as well as the Congress flag mean entirely different things. Mahatma Gandhi’s swaraj flag with the spinning wheel at the centre, the precursor to the national flag, had the red standing for Hindus and the green signifying the Muslims. But the original flag, which he had commissioned Pingala Venkayya to design, missed the original launch date. Gandhi considered the delay as propitious as later realised that there was need for accommodating other religions as well, and hence white was added, representing all other religions.

The national flag, on the other hand, has the saffron on top indicating strength and courage of the Indian nation, with the white middle band standing for peace and truth, the chakra in the middle signifying dharma while the bottom green band suggesting fertility, growth and auspiciousness of the land.

There is already a notice pending for reply from Congress and other parties from the Supreme Court on a petition filed by a Jamshedpur-based activist in 2014, challenging the use of tricolour by political parties for their party flags. The Supreme Court had also sought a response from the Centre and the Election Commission on the issue of framing guidelines to restrain parties from imitating the tricolour. But the matter did not progress beyond that as it was the Congress government at the Centre and as such no new guidelines were issued.

But it is Modi’s NDA that is at the Centre and Modi is not great fan of Congress, though he has indicated occasionally that he was one as far as Nehru was concerned. A Congress flag that does not mimic the national tricolour would be a great idea for Modi to pursue in his quest for a Congress-mukt Bharat and it would be suicidal for the grand old party to be the trigger for such action by making mindless comments. (IPA Service)