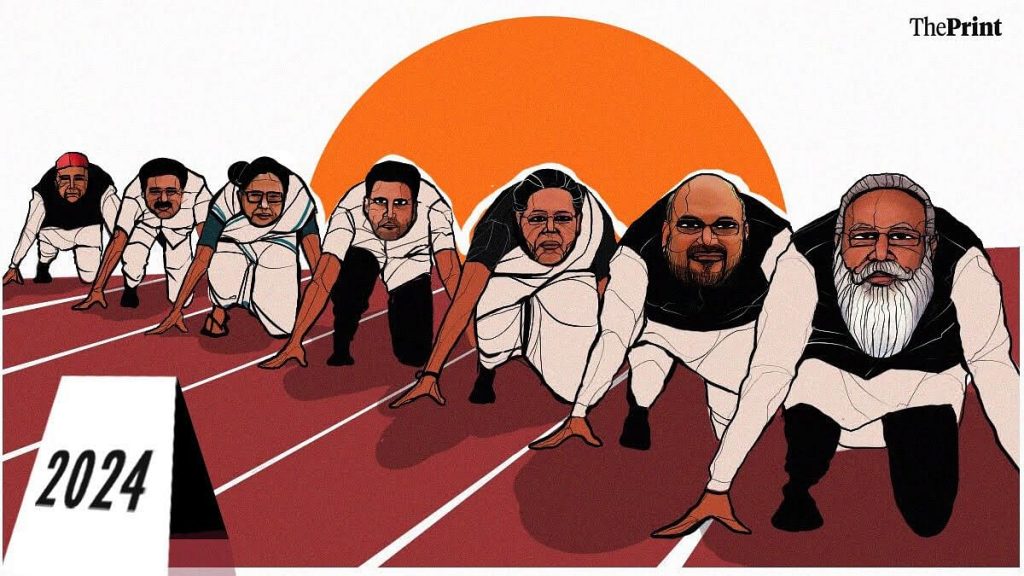 Now that the voters in Gujarat and Himachal Pradesh have given their verdict, what next? Each of the main parties got some gains but also suffered some losses. The immediate challenge before them and the Opposition are to set right things before the final  2024 polls.

BJP won a spectacular victory in Gujarat and is   the only party other than the Communist Party of India (Marxist) to have won seven straight Assembly elections in Gujarat. The CPI(M) ruled West Bengal from 1977 to 2011. Being Modi’s home state and a BJP bastion, Gujarat has held particular importance since Modi took over in 2014. Stakes were high as losing Gujarat would have been a loss of face for Modi, but the record win has added to his prestige.

Prime Minister Narendra Modi’s main challenge now would be defeating the regional satraps. Congress has proved it will not disappear as Prime Minister predicted a Congress-Mukth Bharat. AAP has also expanded. With these, the Opposition got some moral boost to face the upcoming Assembly polls in 2023 and the next Lok Sabha polls in 2024.

The BJP got a drubbing in Himachal and Delhi Municipal Corporation elections. For the party, Himachal’s loss was disappointing, as Prime Minister himself campaigned heavily.   Undoubtedly, its calculations had gone awry, but the BJP is a party not bogged down by defeats. Even panchayat elections are as important as a Parliament poll to the BJP leadership.

The BJP President J.P. Nadda had already called a meeting of all national and state level office bearers in Delhi on December 5 and 6. He discussed preparations for the 2024 Lok Sabha and 2023 assembly elections. The BJP is eying 350 plus seats in 2024 to improve its 2019 tally. The party’s strength is due to its immense resources, well-knit workforce, and committed cadre. The RSS and the rest of the Sangh Parivar also work for the party to mobilize votes.

Congress is quite enthused at the unexpected bonanza in Himachal, although it has been wiped out in Gujarat and Delhi. It had no concerted policy or strategic designs to win. Each candidate fought   on its   own with the Gandhis avoiding the campaign. Priyanka Gandhi, in charge of the Himachal, did the bare minimum. Rahul Gandhi briefly campaigned in Gujarat and completely skipped Himachal. Sonia Gandhi did not campaign at all due to her ill health.

Himachal’s win has given some moral boost to the Congress workers demoralized by the successive defeat in 2014 and 2019. If Congress is defeated again in 2024, the party will be out of power for  three consecutive   terms..

Thirdly, Congress must keep the remaining flock together though many senior leaders have already quit and joined other parties. Projecting the younger leaders and retaining the seniors should be its goal. Also, there is a need to develop second-rung leadership.

Congress must also build a new narrative, as it did in 2004 and coined the AAM ADMI slogan. People want to know what the party will do in the future rather than what it has done in the past The Bharat Jodo Yatra of Rahul Gandhi might help, but the momentum needs to be maintained until 2024.

The Delhi chief minister Arvind Kejriwal got a boost after winning five seats in Gujarat and getting the national party tag. AAP is the only   regional party ruling two states – Delhi and Punjab. Kejriwal wants to emerge as a challenger to Modi in the 2024 polls.

The AAP also wrested the prestigious Municipal corporation of Delhi from the BJP. Kejriwal now will have the government and the corporation, which would help his administration.

The bye-election results should cheer up the Opposition. The ruling BJP in UP lost to Rashtriya Lok Dal (RLD) but wrested the Rampur Sadar seat. The Samajwadi Party retained the Mainpuri Lok Sabha seat with a big margin. The BJP wrested the Kurhani constituency in Bihar from the Nitish Kumar-led alliance. The Congress had retained its two assembly seats – in Chhattisgarh and Rajasthan.

These give a positive message that the Opposition must not give up. At least half a dozen powerful regional satraps firmly hold on to their voters. They want to keep the choice of the  Prime Ministerial candidate open. It includes West Bengal (Mamata Banerjee), Telangana (K. Chandrashekhar Rao), Tamil Nadu (M.K. Stalin),  Bihar (Nitish Kumar), and Delhi. (Arvind Kejriwal).

The secret of Modi’s success is the divided Opposition. Bringing all the anti- BJP parties on one platform would go a long way in defeating the BJP. There are still fifteen months left for the Lok Sabha polls. It is up to Congress and the Opposition to prepare for that final battle in 2024 with the present advantage. The BJP, in any case, is poll ready. (IPA Service)