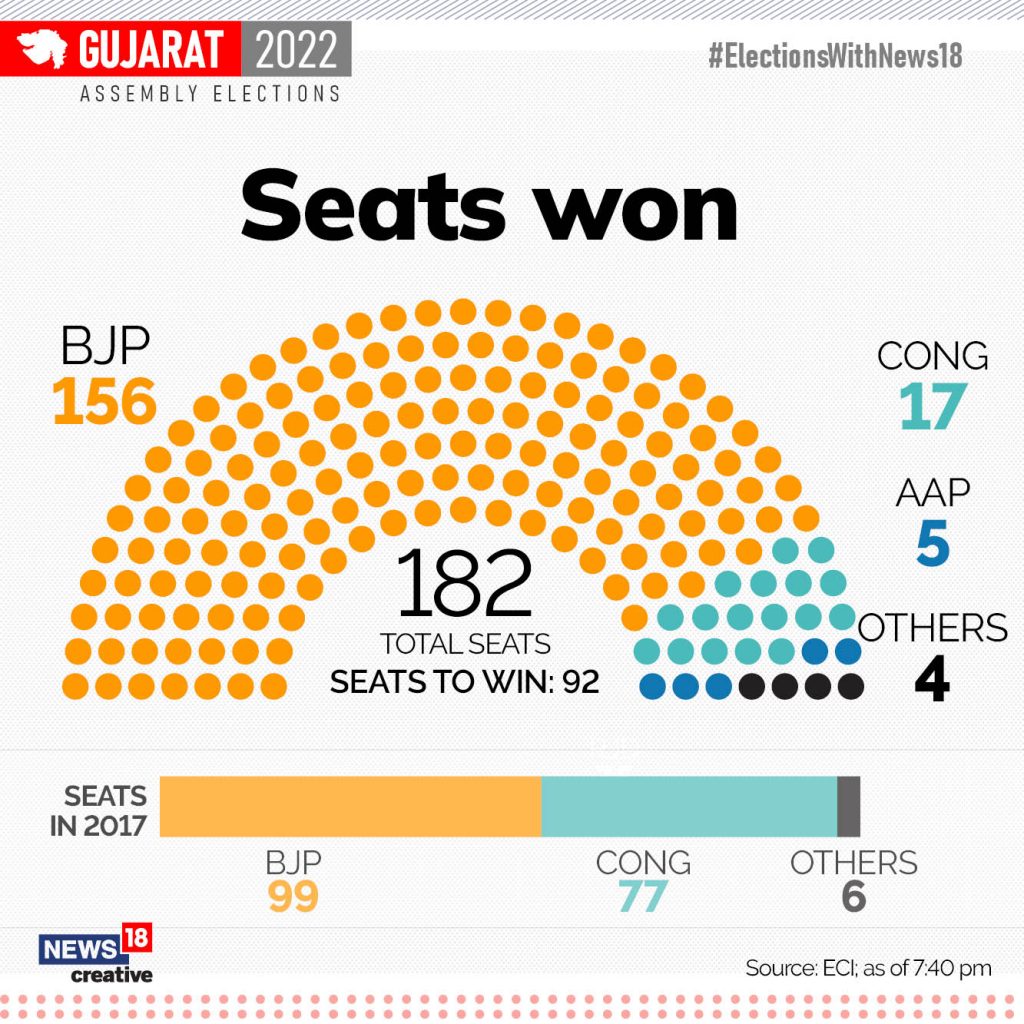 As if a crushing defeat in the Gujarat assembly elections wasn’t enough, a bruised and battered Congress is also likely to lose the post of the Leader of Opposition in the state.

Gujarat’s assembly has 182 seats and a party needs at least 10 per cent of these to send a Leader of Opposition, or LoP. The Congress, with its worst-ever tally of 17 in the state, fails to qualify. The Aam Aadmi Party with 5 seats is further behind and also out of the reckoning.

This isn’t new territory for the Congress, which has faced several electoral setbacks in recent years. It couldn’t send an LoP after the Lok Sabha polls of 2014 and 2019, having won only 44 and 52 seats, respectively. A party must have at least 55 seats to send a Leader of Opposition to Parliament.

The Congress had in fact attempted to make Mallikarjun Kharge, recently elected its president, the LoP but was denied by Lok Sabha Speaker Sumitra Mahajan, citing the rules.

This was a seeming twist of fate as back in 1980 and 1984, the Congress had refused the Leader of Opposition post to rival parties after it won massive mandates in general elections.