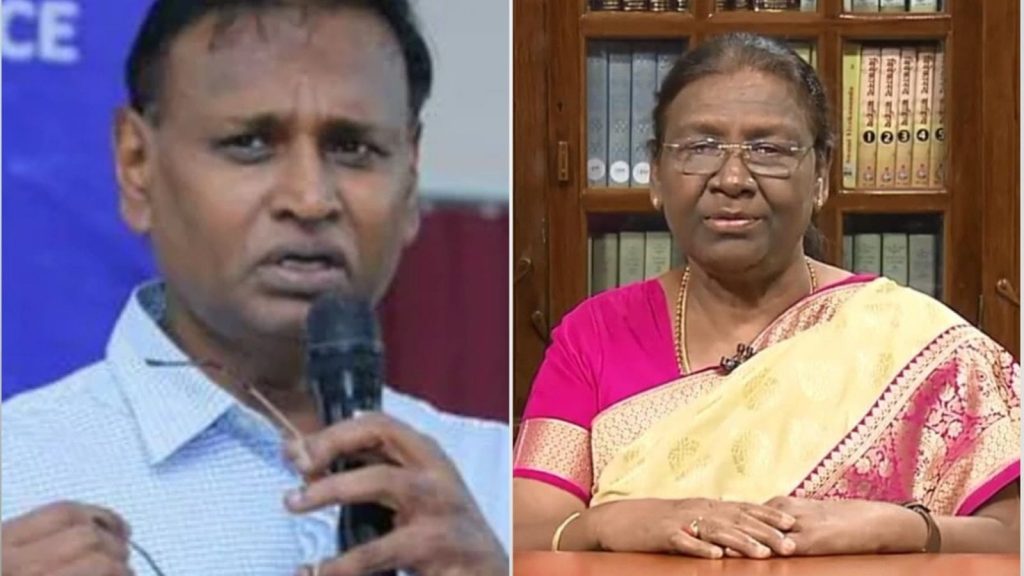 A day after a massive row over comments made by Udit Raj attacking President Droupadi Murmu, the Congress leader has now issued a clarification apologising for ‘mistake in choice of word’, but also said that he will continue to raise necessary questions. The apology comes after his ‘sycophancy’ remarks against Murmu on Thursday.

“The phrase ‘namak khana’ or eating salt carries a deeper meaning. There was however a mistake in my choice of word. I am sorry for that, but I will continue to ask questions because I don’t hungry for power and posts,” Udit Raj tweeted late last night.

He also said that the apology does not mean that he would stop fighting for the cause. “I am a representative of the SC/ST and I get agonised when I see people representing our community doing nothing from their high position,” Raj tweeted.

A massive faceoff had erupted yesterday over the former BJP leader’s comments where he referred to the president as a ‘Chamcha’. The Chairman of Unorganized Workers & Employees Congress or KKC Udit Raj had tweeted, “I hope no country gets a President like Droupadi Murmu ji. Chamchagiri also has its limits. It is said that 70% of people eat salt from Gujarat. If one lives their life by eating salt, they would know.”

The Congress leader was served a notice by the National Commission for Women for his derogatory comments against the President. He had clarified on Thursday that his comments were personal and was not the official stand of the Congress party.

BJP fumed over the comments with spokesperson Sambit Patra and Shehzad Poonawalla calling for his sacking. “Instead of apologising for his ‘Chamcha’ remark against President Draupadi Murmu ji now Udit Raj, emboldened by backing of Sonia & Rahul Gandhi, labels President Murmu as ‘dumb and deaf’. In the past he has called Kovind ji deaf and dumb! Will Congress sack him?” BJP spokesperson Shehzad Poonawalla tweeted.

The Congress party has not officially responded to the comments as yet. Earlier this year, two other Congress leaders made similar statements attacking President Murmu that was met with condemnation.