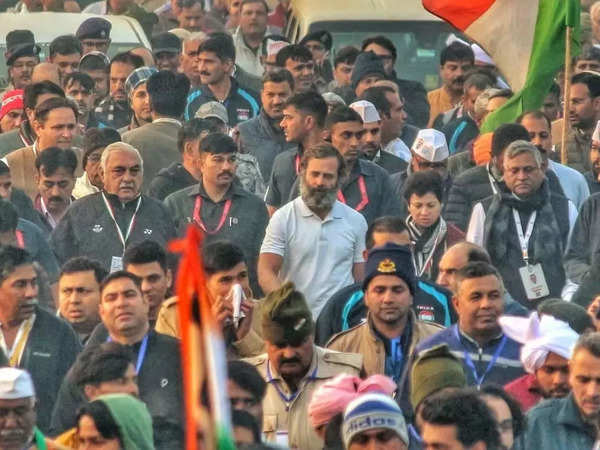 Congress leader and former Uttar Pradesh MLC Deepak Singh on Thursday said he has written to BJP MP from Amethi Smriti Irani, inviting her to join the Rahul Gandhi-led Bharat Jodo Yatra in the state.

Singh said he handed over the invitation to Irani’s secretary Naresh Sharma at her camp office in Gauriganj on Wednesday.

The former Member of Legislative Council (MLC) said he was directed by the senior leaders of his party to invite everyone to join the Bharat Jodo Yatra. “I thought that Amethi MP Smriti Zubin Irani should be given an invitation letter before anybody else,” he said.

Asked about the invite, district president of the BJP Durgesh Tripathi said there was no question of the Amethi MP or any other worker of the party joining the yatra.

“The BJP always works on the concept of a united India. India has never been broken, so where did this talk of uniting it come from,” he asked.

The yatra will enter Uttar Pradesh via Ghaziabad on January 3.