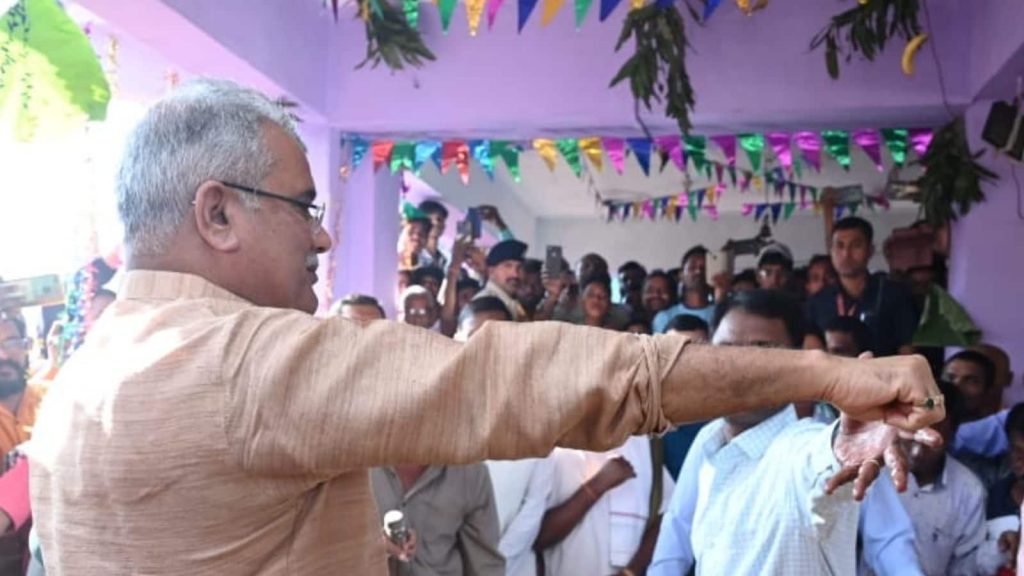 The Bharatiya Janata Party (BJP) hit out at Bhupesh Baghel after the Chhattisgarh Chief Minister lost his cool at a public event when a youth quizzed him on the ongoing quote row in the state. Calling Baghel ‘arrogant’, the BJP ‘reminded’ the Chief Minister that it is the public that voted him to power.

Baghel has been participating in public events to get feedback on government schemes recently. The Chhattisgarh unit of BJP tweeted a video of one such event in the Bemetara district, where the Chief Minister can be seen getting agitated when a youth asked him not to provide reservations on the basis of population.

The Chhattisgarh unit of BJP asked the Chief Minister to “not forget” his duty of being answerable to the public who voted him to power.

“Bhupesh Baghel ji, you are showing your eyes to the public who voted to as the Chief Minister. You are insulting them from the stage. Do not forget that it is your duty to answer the questions of the public and you are not doing any favour to them. Remember, if Ravan’s ego could not last, then who are you?” the official handle of the Chhattisgarh unit of BJP Tweeted in Hindi.

Former Chief Minister and BJP leader Dr Raman Singh also condemned Baghel’s action and said: “The use of indecent and unconstitutional language while sitting on Chief Minister’s chair is condemnable. People come to you to solve their problems @bhupeshbaghel and not to listen to your scolding.”

BJP IT head Amit Malviya also attacked Baghel for his outburst and said, “This is the sound of Congress-free Chhattisgarh”.

In the video, the youth identified as one Kishan Agrawal asked Baghel why are the “people of the general category, who are literate and have controlled the population being punished.”

The youth could be then heard saying that he wants a chance to speak for a few minutes. “We listen to you always, today I want to speak for 3-4 minutes,” he said.

He did not stop there and asked the youth if his parents had ever gotten a chance to ask questions from a Chief Minister. “If you have got this chance, will you accuse me?” To which the boy responded, “I can accuse you sir, anybody can do it. You also do it,” Baghel said further.

Follow us on
Up Next: Changing Paradigms: Israel’s Far Right Meets Christian Nationalists