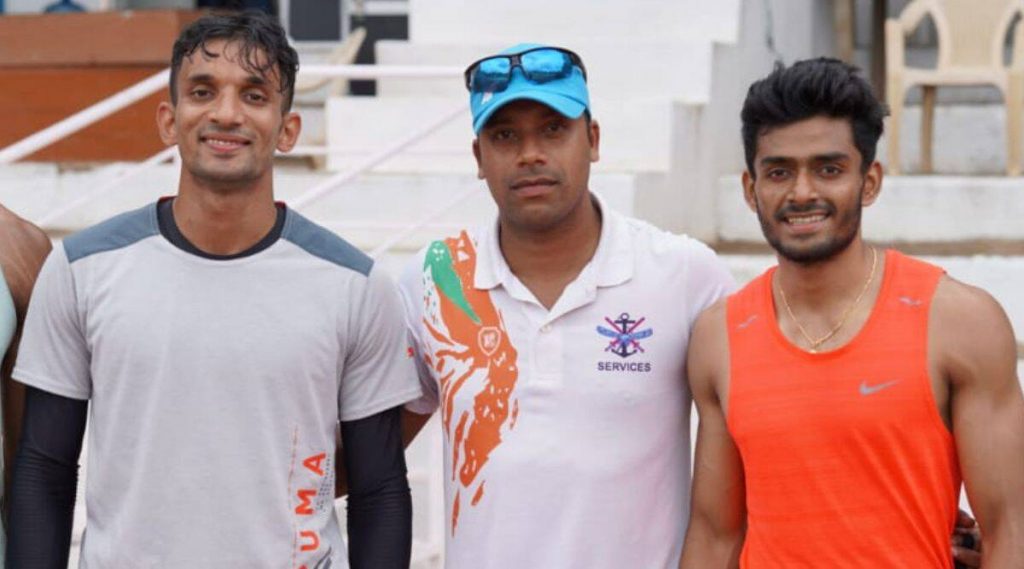 At the end of the fourth round of the triple jump finals at 2022 Commonwealth Games, Abdullah Aboobacker found himself in fourth position. A medal seemed unlikely at the moment. But Coach M. Harikrishnan, who couldn’t travel to Birmingham due to visa issue, knew exactly what his word needed to hear then. He realized there was no point in suggesting technical corrections at that moment. Harikrishnan dialed up long jumper Mohammed Anees in the stands and asked him to put the phone on loudspeakers as Aboobacker leaned across to listen.

“just jump like a madman” is all coach told him. And what followed was Aboobacker’s best attempt of 17.02m that eventually earned him the silver medal, just, 1 cm short of Eldhose Paul, who is also Harikrishnan’s trainee.

“Technically it was Abu’s worst jump of the event but distance-wise, it was the best. He was leaning sideways, he left his hands dangling, he had no control. If fact, an American coach asked me how did he even cross 17m without that jump. But at that time it wasn’t about technique, it was all going   and that is why I asked him to jump like a mad man”, explains the Air Force and National triple jump coach.

This was just one of the countless occasions on which Harikrishnan has come up with something out of box. On the field, it is not difficult to mistake him for an active senior activist athlete. The former long jumper who has personal best of 7,92m, hung up his spikes in 2016 and the very next year, enrolled in a coaching program at the National institute of Sports in Patiala.

On paper, the 36-year-old has just four years of coaching experience and has been part of the National camp set up for just about a year-and- half. But that does  not do justice to his credentials. His trainees in Birmingham earned India its first 1-2 triple jump finish at the Commonwealth games. Only six athletes from the country have ever breached the 17-m mark, and three of them train under him. Aboobacker’s personal best of 17.19m is the second-best by an Indian.

“Before joining the Air Force in 2018, I had no idea about Hari Sir. I had just heard he was a long jumper. I have worked with many coaches but Hari Sir’s style is different. I have complete faith him. He is the reason we three (him, Eidhose and Karthik Unnikrihnan) breached the 17m mark. If he were not there we would have, one of us, doing 16.50m-plus and the rest barely above 16m throughout our career”, says Aboobacker.

When Harikrishnan finished his coaching program in 2018, he took 60-day leave from service to prepare his own coaching manual. He always had a habit of maintaining a diary even as an athlete. He noted down all the workouts he was given by coaches at the national camp. (IPA Service)