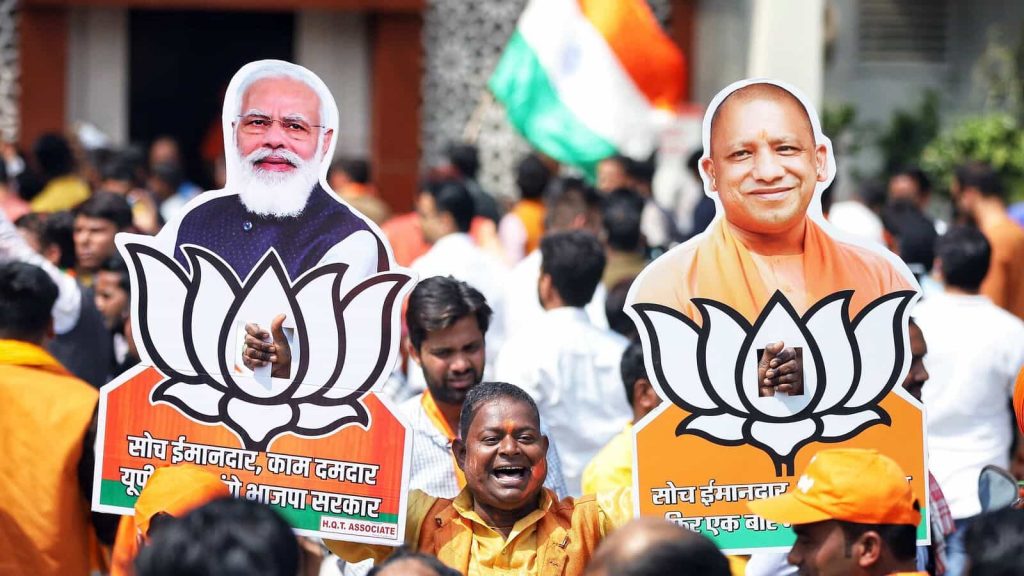 One opinion poll places the Bharatiya Janata Party ahead of the Congress and AAP in the forthcoming Gujarat assembly elections, slated for December 2022, with the BJP reportedly all set to beat both anti-, and pro-incumbency; perhaps, even another altogether different strain of incumbency if there’s one, in the state where Narendra  Modi’s ‘Gujarat Model’ still models for top pick!

That the Aam Aadmi Party, which had swept Punjab earlier this year, and Delhi years ago, would repeat its performance in Gujarat is not a possibility, even if the Opposition would break a leg, and a hand, for such an outcome. An AAP breakthrough in the absence of a Congress victory is the preferred Opposition outcome.

But signals from Gujarat for AAP are muted and conversation mostly revolves round the moribund Congress doing, by far, better than the AAP. The Congress apparently has a ghostly hold over large sections of the Gujarat electorate. And AAP convener Arvind Kejriwal spending more time in Gujarat than Prime Minister Narendra Modi or Wayanad Congress MP Rahul Gandhi, hasn’t made a difference. The Gandhi scion hasn’t made a single Gujarat visit in months, while Prime Minister Narendra Modi only pops in and out.

Now, beginning this month, Modi is back in election-Modi-mode. And, just as he picked up from where he had left before the last assembly elections, there’s this opinion poll/survey which gives BJP a record seventh victory since 1995, with a total of 135-143 seats in the 182-member house. The same poll/survey gives the Congress 36-44 seats and the AAP whatever remains in the dregs.

The ABP News-CVoter poll says AAP will make inroads in the state, but its heightened vote-share will not translate into seats, only reward it with maybe 1-2 seats maximum, that’s all. In other words, a repeat of AAP’s Uttarakhand showing earlier this year, where despite all the hype and hoopla, there was nothing much to show.

But the AAP supporters aren’t giving up hope. They are harking to an “IB report”, which allegedly gives the BJP fewer seats than the Punjab-implant and intruder from Delhi, insisting that an “intelligence report” has to be, by definition and reputation, more reliable than a poll based on piecemeal data in small sample sizes.

The majority of the common Gujaratis beg to differ. They are in favour of continuing with the BJP government with Bhupendra Patel in the Chief Minister’s chair, underlining the fact that AAP does not have a matching “Chief Ministerial face” to flaunt and counter the BJP with, unless Arvind Kejriwal proclaims himself the CM face of AAP in Gujarat.

In the months since Punjab fell to the AAP, Kejriwal has been a fixture in Gandhinagar and Ahmedabad with Surat thrown in for good measure. Currently, word of mouth and “face-recognition” are running the Kejriwal Gujarat campaign. Auto-rickshaws carry his “face” to all nooks and corners. And the manner in which he’s been roiling state BJP politicians ensures AAP and Kejriwal remain top discussion-topics in public transport, and in public squares.

Kejriwal has the opportunity of a lifetime to take advantage of the political chess-pieces falling in place of their own and to his advantage. Gujarat is Modi’s home state and a defeat in Gujarat for the Prime Minister would leave Modi on wobbly knees. A defeat in Gujarat will render Modi kind of lame-duck, and morally-incapacitated. Modi’s standing within the BJP itself will suffer a crippling setback.

Congress leader Rahul Gandhi has given in and that is advantage-Kejriwal. Unlike in 2017, the Gandhi scion this time isn’t even trying. He has left Gujarat for the likes of Arvind Kejriwal. The ABP News-CVoter poll says the Congress vote-share in Gujarat has fallen, and so also that of the BJP. But AAP vote-share is rising.

The poll says because of the “strong AAP challenge”, vote shares of the BJP, and the Congress will drop to below their 2017 levels, while AAP’s vote share will rise to as much as 17.4 percent. One of the questions asked of the sample was “Who is your choice for Chief Minister’s post?” “Who is your choice for PM post if the BJP loses Gujarat?” should also have been asked, even if just for ‘GK’. (IPA Service)