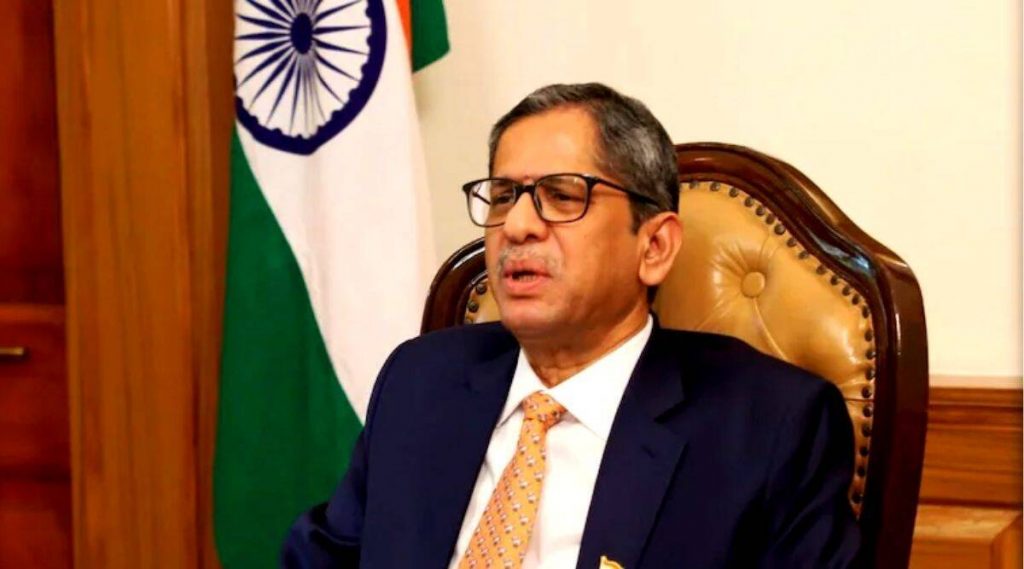 So there have been questions raised about the “actions and inactions of the CBI, regarding its credibility in some cases.” But even the Supreme Court of India cannot do much on its own on this serious institution required to run the country. All that CJI NV Ramana can do is recommend, ask whosoever it concerns to “set up a statutory, independent institution” and bring under one roof all the caged birds!

That is the CBI, the Enforcement Directorate (ED), and the Serious Fraud Investigation Office (SFIO). The logic: It would end multiplicity of proceedings and save them from being blamed as tools of political harassment.

Is that so? Don’t blame anybody if they say it’s a rather simplistic observation, solution to the “caged bird syndrome.” Instead of the now multiple caged birds, there would be one big caged bird. The CJI could have done a lot more better and made a lot more sense if he had blasted the actions and inactions of the CBI, and painted the ED with the same brush and sent a tough message to all the officers of the Modi durbar.

CJI Ramana should know that the Modi Government does not act on friendly recommendations, not even if it is from the top-most judicial officer of the country. Or, perhaps, the CJI knows his limitations and would rather hold forth at a lecture, the 19th D P Kohli Memorial Lecture on ‘Democracy: Role and Responsibilities of Investigative Agencies’.

CJI Ramana declared it was imperative to “reclaim social legitimacy and public trust” and that the “the first step to gain the same is to break the nexus with the political executive.” The CJI cannot be accused of being naïve, he was only being honest.

But the imagery his words left in the minds of those gracing the occasion in Vigyan Bhavan was stark. The imagery and the multiple messages that accompanied it. What was he alluding to when he said “democracy is best suited for a pluralistic society like ours” or when he said that “our rich diversity cannot be sustained through dictatorial governance”?

Those were brave words. Of course, the CBI is everybody’s whipping boy. To the CJI, the CBI has fallen from its top ratings of long ago. It doesn’t possess the “immense trust of the public in its initial phase.” No longer do people clamour to call the CBI. Today, the CBI has come under “deep public scrutiny.”

Having said that, the CJI now stands accused of not doing anything to repair the situation all these years, he and his fellow justices. Couldn’t they have done their bit to release the “caged bird”? It is not just the “actions and inactions” of central investigative agencies that are under ‘deep public scrutiny.”

Nevertheless, the CJI’s suggestion is something for the Modi Government to give serious thought to. But to expect that any such “umbrella institution” would be “independent” is to believe in ‘Betaal & Vikram’.

In any case, it is very unlikely that the Modi dispensation will dispense justice to central investigative agencies by even giving them an umbrella, forget independence. Not when it is widely believed that the current government can be trusted to strike off rather than add to the statute book.

Especially, if the umbrella comes with well-defined “powers functions and jurisdictions”, and the “much needed legislative oversight.” It can be said with certainty that the CJI’s well-meaning suggestion must have already gone over the cuckoo’s nest, and the Modi Government will not stir.

With apologies to the CJI, the “independent and impartial authority” that he was speaking about will not be a reality. Call it cynicism, call it blind faith in the assured stagnation of India, none of the politicians or political parties would want to invest in such a fearlessly independent body.

Committing hara-kiri is not an Indian politician’s favourite death wish. Even the politicians and political parties currently getting the CBI stick wouldn’t vote for such statute-altering amendments. Politicians like caged birds; nay, politicians love caged birds.

The CJI wasn’t thinking such morbid thoughts. “This umbrella organisation will end multiplicity of proceedings. A single incident these days gets investigated by multiple agencies, often leading to dilution of evidence, contradiction in depositions, prolonged incarceration of innocents.”

CJI Ramana was in an expansive mood. Otherwise, he wouldn’t have said “…there is no reason why state investigative agencies cannot enjoy the same level of credibility as that of the national agency…the Central law for the umbrella investigative body… can be suitably replicated by the states.”

It was a lecture. The CJI’s suggestions regarding central investigative agencies and police forces countrywide will be discussed around the table; perhaps even ordained study material for IPS and IAS recruits, but to expect it to become an umbrella statute is beyond expectations. (IPA Service)

Three Months From Now To Prove Crucial For Workforce In India
Posting....