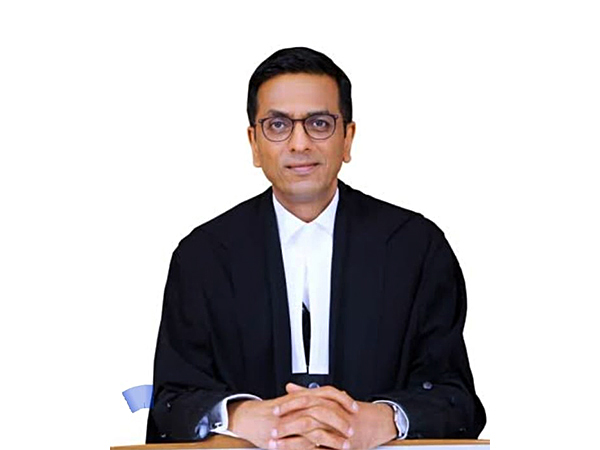 Supreme Court Chief Justice D Y Chandrachud has elucidated his concept of ‘equal‘ and ‘modern’ judiciary, free from colonial hangovers, in which there would not be any subordinate judges, often used in the context of district courts, but only judges of equal worth, irrespective of where they serve.

The district judiciary is the core and cornerstone of the judicial system and there is need to inculcate a sense of worth at that level, the CJI emphasised, at the same time noting that there is a generational as well as demographic shift in judiciary, in which the new generation of young judges talk to the members of the higher courts on a footing of equality because that shows ‘where India is going’.

While the exposition leaves hint to what is generally the approach of the new chief justice, whose tenure is looked upon by legal circles as one that is going to be epoch-making, it also provides insights into how Justice Chandrachud looks at issues that come up before the apex court in the days to come. A liberal to the core, he has already delivered judgments that stand out in terms of commitment to constitutional guarantees, right from personal freedom and liberty to the functioning of the state. Many more such landmark judgments may be in store as the incumbent CJI has a tenure with unmatched longevity going by the frequent changes at the top of Indian judiciary in recent years.

Justice Chandrachud has to content with issues of colonial hangover in his own court, where there is a lot of discrimination among lawyers in the name of seniority. Designation of senior judges has been a controversial practice ever since the transfer of power from the colonialists to the natives, who are finding it difficult to let go of some of the prejudices and privileges followed by their erstwhile masters.

The process of designating senior advocates has been attacked time and again by legal circles and academicians who find  in it vestiges of an archaic and feudal order, nourished by unhealthy tendencies such as arbitrariness, favouritism, nepotism and elitism that leads to exclusion of a large section of lawyers who cannot claim legacy to any parentage of standing or exposure. It has been notoriously bracketed with the British system of Queen’s Counsel, a kind of ‘old boys club’ of highly-paid barristers.

Senior as a prefix brings certain exclusive privileges to the claimants, ensuring priority treatment at official functions and more seriously the right to first audience in court hearings. This even has a bearing on the public perception about the seniors, with litigants feeling more secure due to the apparent clout that they enjoy in the system. Even to visually distinguish the seniors, their gowns have a different style of their own.

The son of a former chief justice of India himself, it will be a tough call for Justice Chandrachud to move against the highly abused system of senior advocates in the Supreme Court as well as high courts.  Over the years, the Supreme Court has made attempts to reform the system, but problems in the selection process persist, with the general conditions for eligibility as senior advocate continue to be as vague and opaque as before.

It has been found that process lacks consistency in the criteria followed in the designation of senior advocates, in which considerations other than merit acquired more weightage. Activist advocate Indira Jaising, a senior herself, has been in the forefront of fighting the system of designating senior advocates as arbitrary, discriminatory and violative of equality before law. What matter most in deciding eligibility often turn out to be the networking ability and contacts of the aspirants rather than calibre.

A PIL filed by Indira Jaising had complained that the current system leads to the monopoly of a few senior counsels at the bar, which in turn made legal services by senior lawyers unaffordable and out of the reach of the ordinary people.

This is a fit case for Justice Chandrachud’s ‘equal and modern’ judiciary to be taken up as a priority because any more time lapsed will mean perpetuation of injustice and inequality and going further and further away from the concept elucidated by the new CJI. (IPA Service)

India Is Surpassing China In Total Population After Only Five Months
Posting....