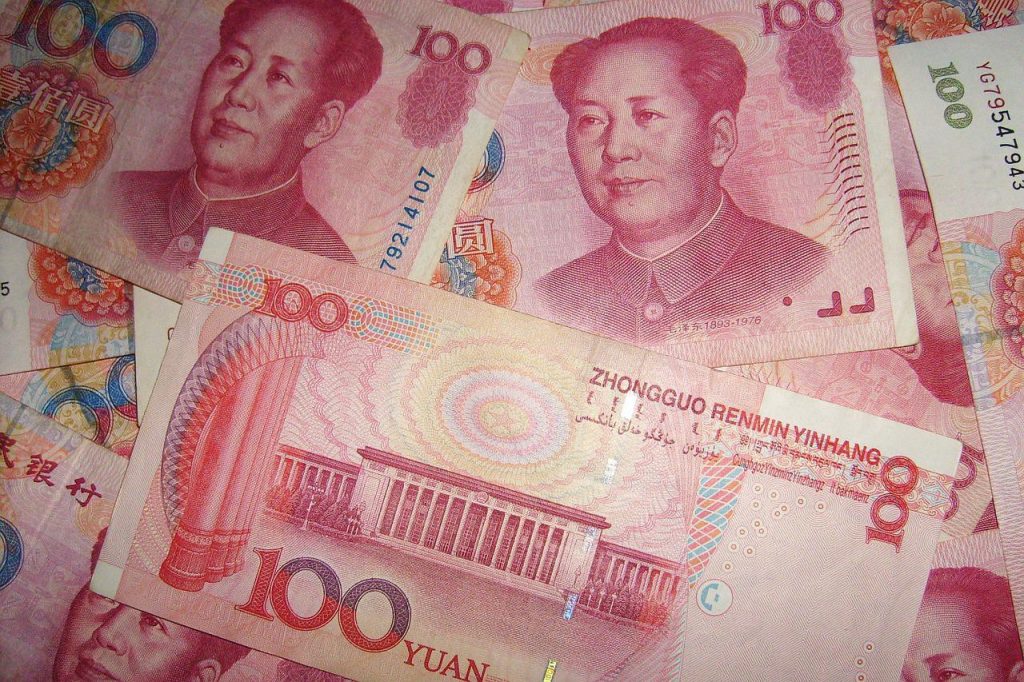 China was eager to introduce Yuan as reference currency for Rupee-Rouble rate. According to Global Times, official media of China, “India was reportedly considering Chinese Yuan a reference currency to settle the Rupee-Rouble trade”. Owing to sharp depreciation of Russian Rouble due to Ukraine invasion by Russia, the authorities were grappling for new Rupee-Rouble rate. The urgency for new Rupee-Rouble, rate emanated from the global sanctions against import of oil as well as military hardware from Russia. The sanctions are not applicable to India’s import of crude oil and military hardware from Russia as they are not exchanged in US Dollar. They are transacted in Indian Rupee.

Chinese Yuan is seen a cross-border windfall amid sanctions against Russia. Exporters predict that the currency will gain more users due to sanctions on Russia. “ Yuan appreciated to 6.30 / US Dollar on March 2, 2022 , a high not seen since April 2018” , according to Nikkei.

Russia is said to have offered oil at discounted price. However, in giving discount, the main issue is Rupee-Rouble rate. The rate is fixed annually. According to “Livemint”, India and Russia are exploring the possibility of using Yuan as a reference currency to settle the Rupee – Rouble rate. Chinese Yuan is the fourth largest trade currency in the world. In addition, China is the biggest trading partner for Russia vis-a vis biggest trading partner for India. Given these trade structures, where China is behemoth, Chinese Yuan has potential to intervene in settling the Rupee-Rouble rate.

Russia was never a major commercial trade partner of India It accounts for 1.2 percent of India’s global trade, vis-a vis India accounting nearly 3 percent of Russia’s global trade. Crude oil is the major item of commercial trade between the two countries. India has trade deficit with Russia. Payment for trade is dealt in Indian Rupee. Under the Rupee payment mechanism, Indian importers pay for goods imported from Russia to the accounts of Russian banks in India and they, in turn, make payments in Roubles to the Russian exporters. Given the low volume of commercial trade, Rupee-Rouble trade payment mechanism does not hold significance with Rouble depreciating due to Ukraine war.

Nevertheless, Rupee-Rouble rate does play important role since India is the big purchaser of Russian arsenal and military hardware. Currently, nearly half of India’s defence purchases is made from Russia, according to SIPRI (Stockholm International Peace Research Institute). Against these backdrops, Rupee-Rouble rate holds significance in India’s Balance of Payment (BOP).

One of the issues is in what currency the arms and oil trade should be dealt. Russian Rouble depreciated by over 30 percent to US dollar since the Ukraine- Russia war was broken. In terms of Indian Rupee, Rouble depreciated by over 10 percent. Rouble depreciation is likely to tank further with the uncertainty of war. These decipher two scenario of India-Russia trade. First, India will be losing its exports to Russia, given the fact that Indian goods will be costlier. India’s major items of export to Russia are pharmaceutical products, tea and iron, steel, besides crude oil and refinery products. Second, though India imports more from Russia than export, the share of imports is insignificant in total import. Hence, Rouble depreciation is unlikely to unleash much gain to India in commercial import.

There was a big fall in purchase of aircraft and navy ships. Russian made share in India’s total number of defence aircraft fell from 81 percent in 2000 to 67 percent in 2020, according to a research by Simson Centre – a think tank. For navy ships, the share declined from 58 percent to 44 percent over the same period.

With no end in sight of Russia-Ukraine war and Russia continues to be ousted from US Dollar denominated Swift network due to sanctions, Russian trade has to rely on Yuan denominated global financial system, according to Shirley Ze Yu, a political economist and fellow at Harvard Kennedy School of Ash Centre. Truth of the fact is that Russia has been reducing its dependence on US Dollar since past few years and continues to add more Yuan in its reserves as it is increasingly look east words for economic development.

Data from Russian Bank shows that while Russian holding of Yuan increased substantially from 12.8 percent to 17.1 percent as of January 1, 2022, its holding of US Dollar slipped to almost half at 10.9 percent, from 21.1 percent, a year ago, according to Global Times. These demonstrate that Russia will increase Yuan holdings and prefer to use local currency as reference for expansion of trade, instead of US Dollar. (IPA Service)