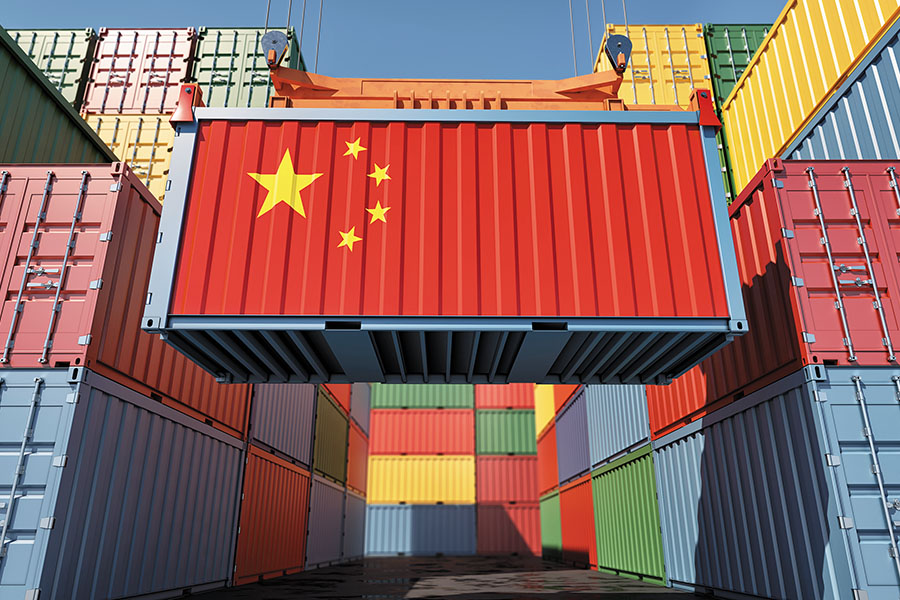 Why is it a matter of such a tearing hurry for Indian Railways that it has to rush to China to import 39,000 wheels while the same could have been locally produced? The Railways were well aware of the shortage of wheels for Linke Hofmann Busch (LHB) coaches for passenger trains. These coaches are mostly built in the Railways’ own departmental factory in Kapurthala. The wheel import could have been delayed or cancelled to ensure that these wheels and coaches are entirely made in India. But, the Railways rushed with a fresh global tender to import these wheels after a Ukrainian firm, earlier contracted for the supply of 30,000 wheels for LHB coaches, expressed its inability to deliver due to the ongoing Ukraine-Russia war.

The Railways have now placed even a bigger order for 39,000 wheels — 9,000 more than the previous order — on a Hong Kong firm, Taizhong, working with Taiyuan of China. The rate on which the new contract was placed on the Chinese firm is said to be 1.68 percent higher than the rate per wheel from the Ukrainian firm. With the exchange value Indian Rupee fluctuating almost daily, the local currency cost of import is expected to go up substantially. Interestingly, the Chinese firm is registered with the Department for Promotion of Industry and Internal Trade for wheels for LHB coaches as per Land Border policy of Government of India.

The Railways have hundreds of pending projects. The sky would not have fallen if the LHB coach project for passenger trains were delayed by a year or so to adjust with the domestic wheels production schedule. According to official sources, railway projects are generally counted in the weakest category of implementation as the average age of the projects is over 12 years. The Railways have a total of 285 pending projects. An analysis of implementing agencies was discussed at a Niti Aayog review meeting, which showed Northern Railways, Metropolitan Rapid Transport Projects, Dedicated Freight Corridor Corporation, and Eastern Central Railways are the worst-performing agencies. Under such a scenario, the wheel import could have easily waited till the domestic wheel and axle manufacturing facility was ready to meet the Railways’ full demand.

India seems to be increasingly under import pressure from China. Most of these imported items could be easily manufactured locally. Despite China being a constant military threat to India, Chinese export lobbyists are happily working with government departments, industry and financial institutions — openly or subtly — to induce the country to import more and more from China. The dragon grip of Chinese export manufacturers is increasingly entangling India. One won’t be too surprised if they subtly acted behind the country’s latest wheel import decision

India’s trade deficit with China widened in 2021-22 and continues to do so through the current financial year, the union commerce ministry data shows. During  2021-22, the trade deficit with China set a new record at $72.9 billion, up nearly $29 billion from FY21 figure of $44 billion.The Ministry of Commerce and China’s General Administration of Customs (GAC) figures reveal that for the second year straight, India and China may hit a total trade figure of $100 billion. In 2021-22, the total trade volume between the two neighbours stood at $115 billion.

Ironically, the increasing military tension from China has absolutely no impact on China’s increasing merchandise export to India. In rupee terms, Chinese exports to India increased by 45.51 percent in FY22 to Rs 7.02 trillion as compared with Rs 4.82 trillion in FY21. The major items of import include mineral fuels, mineral oils, chemicals, fertilisers, plastic, iron and steel, electrical machinery and equipment, electronic items and medical equipment, among others.  Chinese products are flooding the Indian market, evading duties and other restrictions placed by the Indian government, observed a group of ministers (GoM) set up to promote Indian manufacturing, nearly two years ago

From soybean to telephone equipment to vehicles and their parts, the report found that many Chinese products were rerouted through other countries to benefit from India’s trade agreements with those nations. Simultaneously, the GoM also found that the Indian market is being flooded with counterfeit goods — or cheaper versions of well-known brands — in segments like footwear, clothing, leather, watches and electrical equipment like chargers.

The GoM report also flagged that between 20-30 percent of products imported into India come under the ‘other’ category, accounting for around $130 billion, and this is primarily done to avoid duties and taxes. Further, India also suffers due to abuse of ‘rules of origin’ by other countries. It was pointed out that the import of vehicles and parts from Singapore and Hong Kong rose sharply, after India imposed an anti-dumping duty on their import from China. The GoM report pointed out how import of these items from China slowed down in the subsequent years, but that from Singapore and Hong Kong rose by 13,000 percent and 277 percent, respectively. “There is, therefore, believed to be a strong correlation with China’s reduced exports, rerouted to evade import duties and exploit trade agreements of India with Hong Kong and Singapore,” it added.

Nothing much seems to have changed since the GoM submitted its report to the government. Chinese businessmen and exporters are tenaciously violating all rules and regulations to fool the government with the help of their lobbyists in India. The latest report of India’s Enforcement Directorate (ED) on Chinese nationals involved in micro lending to the tune of Rs. 4,000 crore and collecting Rs. 800 crore in interest shows how daring are these people in conducting business in India. The illegal act was performed in collusion with some 12 Indian non-banking finance companies.

Last week, the union finance ministry issued an unusual statement saying that its Directorate of Revenue Intelligence detected customs duty evasion to the tune of Rs.2,217 crore by Vivo India, a subsidiary of China’s Vivo Communication, and issued a show cause notice on the company to recover the amount. The statement said DRI officials, during searches and investigation, recovered incriminating evidence indicating “wilful misdeclaration” in the description of certain items imported by Vivo India.

Earlier, ED had booked Xiaomi, another Chinese cellphone manufacturer, for allegedly making illegal foreign remittances in violation of the Foreign Exchange Management Act (FEMA). ED seized Rs 5,551.27 crore belonging to Xiaomi Technology India, a wholly-owned subsidiary of the China-based Xiaomi group, under FEMA provisions. According to ED, the seized amount was lying in the company’s bank accounts. Manu Kumar Jain, Xiaomi’s global vice-president, was questioned by ED. The strong, deeply penetrated Chinese business lobby in India seems to have put the government at its wits’ end. This probably explains why the nearly two-year old GoM report failed to check India’s booming import link with China. India is feeding its No.1 enemy with billions of dollars by way of imports and helping the country’s industry and employment.(IPA Service)