Chief Ministers Meeting To Save Federalism Is Significant 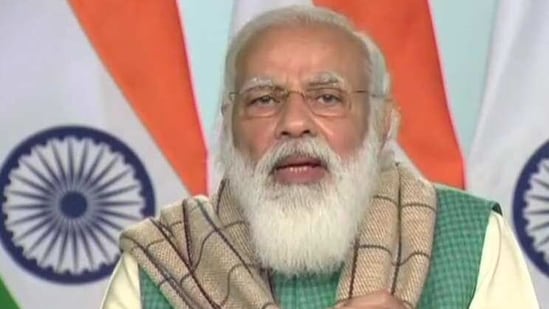 Prime Minister Narendra Modi’s stand for a stronger Centre is well known by now, and also how these are undermining and weakening the very provision of federalism in the Constitution of India, both in letter and spirit. We also have examples when the Modi government was not able to legally undermine the elected opposition led state government, it changed the very definition of the ‘government’ against the spirit of the Constitution of India. The proposed Chief Ministers meet by the Chief Minister of Bengal Mamata Banerjee to be held in Delhi soon is thus significant.

Modi’s attacks on federalism and usurping the powers of the state for a stronger Centre means many things and most important among them is systematically weakening the autonomy of the states in fulfilling their obligations as per the state list of the Constitution of India, and also those obligations that are to be shared with the Centre as per the concurrent list. Apart from the blatant misuse of power, Modi government at the Centre has been interfering in the governance of the other two tiers – the State and the Panchayati Raj – through various schemes that are not on the Central list of the Constitution of India, but on the state or concurrent list, for the sole purpose of doing politics there directly from New Delhi highhandedly. While doing so Modi government have even placed nominated bodies or persons over the elected bodies or persons violating the fundamental principle of democracy. Modi has been doing all these perhaps due to his fear psychosis and misunderstanding of federalism of India as envisaged in the Constitution. Stronger federal structure does not mean a weak Centre, to understand this one just needs simply to go through Constitutional debates. Modi’s fear or ideas simply does not stand the test of reason and the Constitution of the country, hence most of them are unreasonable and unconstitutional.

To have a clearer understanding only one example should be sufficient here to know that these are not merely allegations by some opposition leaders for the sake of opposition. Let us take the case of Delhi where there is opposition led elected government. When Modi government started interfering through its appointee Lieutenant Governor the case went to the Supreme Court of India that in 2018 had to rule that the Lieutenant Governor does not have independent decision-making powers and the real power must lie with the elected government. Not only that the SC ruled that “a balanced federal structure mandates that the union does not usurp all powers and the states enjoy freedom without any unsolicited interference from the centre … there is no room for absolutism and there is no room for anarchism also.” Against this SC ruling Modi government brought a law last year and changed the definition for the “government” in Delhi to mean “Lieutenant Governor” making a nominated or appointed person over the elected body violating the very principle of democracy. Such anti-democratic acts has numerous example in Modi Raj in which nominated or appointed persons and bodies are lording over elected bodies through central schemes for States and Panchayati Raj.

The immediate provocation for the opposition chief ministers proposed meet was due to the rifts between the Governors and Chief Ministers of opposition ruled states such as West Bengal, Tamil Nadu, Goa, Delhi apart from grievances sounded by the Telangana and Maharashtra. Governors are appointees of the Centre while chief ministers are elected by the people of the state. It is a grave misunderstanding of the Constitution of India by the Modi government that their constitutional mandate permits them to lord over the opposition ruled states through their appointee Governors over democratically elected state governments led by opposition. The governors’ lording over the opposition ruled democratically elected government is simply extension of this gross misunderstanding or anti-democratic approach of the Modi government. While as per the letter and spirit of the Constitution of India, Governors are simply to assist both the states and the centre in good governance to prevent, warn, inform, or act against any Constitutional breakdown. The institution of Governors was not meant for doing petty politics and lording over democratically elected state governments.

The proposed meet of the chief ministers would discuss the “Constitutional overstepping and brazen misuse of power by the Governors”, M K Stalin, the chief minister of Tamil Nadu has said after the chief minister of West Bengal Mamata Banerjee suggest the meeting. Stalin reiterated DMK’s commitment to uphold State autonomy in his tweet that came soon after a heated exchange with West Bengal Governor Jagdeep Dhankhar who had prorogued the state Assembly. Though this particular act of the Governor was defended on the ground that it was done following the recommendation of the cabinet, TMC’s declaration to bring a resolution against the Governor in the current budget session accusing him transgressing constitutional limits tells a lot about the rift between the Governor and the Chief Minister.

It should also be noted that the Governor Dhankhar had recently said in a tweet that the state had become “a gas chamber for democracy” upon which CM Mamata had blocked him. Mamata has also said that she had requested Prime Minister Narendra Modi in writing several times, requesting for his removal, but no action has been taken.

As for Tamil Nadu, it is work recalling the Governor R N Ravi has been accused of blocking anti-NEET bill passed by the assembly that is against the Modi government’s national medical entrance examination. The Central law is feared interfering with interest of the state and is believed that Modi government has brought it for doing politics of reservation in the country, though health and education both are state subjects. Chief Minister Stalin and several other political parties have decided to send the bill again to the governor demanding that it be forwarded to President of India for his assent.

Chief Minister of Telangana K Chandrashekhara Rao has said that he would be meeting Chief Minister of Maharashtra Uddhav Thackeray in Mumbai, and Mamata Banerjee is to meet him in Hyderabad soon. He is also in touch with several opposition parties in an attempt to forge a greater alliance in the fight to save federalism from Modi’s attack. Congress ruled states such as Rajasthan and Chhattisgarh have also been undergoing troublesome time due to Centre’s interference. Chief Minister of Delhi Kejriwal has been fighting for states autonomy in governance for a long time. Mamata Banerjee has already declared his wish for all regional parties to unite, fight, and defeat the Modi in 2024. The only weakness of this move for such a grand opposition alliance against Modi’s attack on federalism and all the pillars of the Constitution of India is exclusion of the Congress, but still the move is significant. (IPA Service)