Centre Has To Extend All Possible Assistance To Beleaguered Sri Lanka 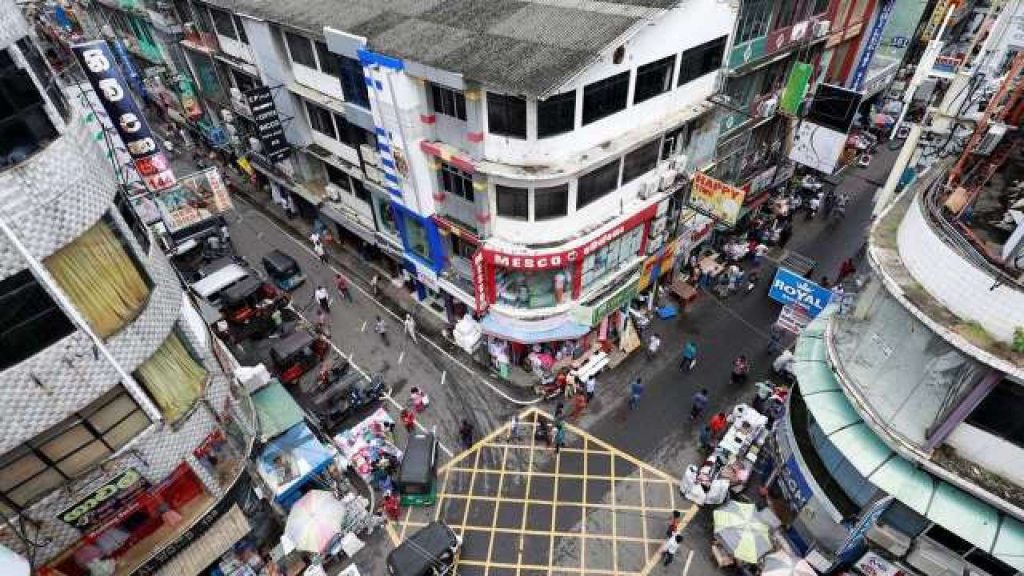 The ongoing Sri Lanka crisis finds echoes across the Palk straits in Tamil Nadu as refugees have started arriving in the state over the past fortnight. Since the Eelam war ended in 2009, this is the first time refugees have arrived on the Tamil Nadu coast. The crisis has further deepened with the entire cabinet resigning to prevent the anger against them for mismanagement.

Driven by hunger, the Tamil community has taken refuge with their Tamil brethren in India. About 16 of them landed in Rameshwaram in Tamil Nadu in two batches. They are the Sri Lankan Tamils who cannot face the untenable situation in the island country undergoing an unprecedented economic crisis, including severe food shortage.

The elite ‘Q’ branch of the Tamil Nadu Police has increased its coastal security following the possibility of a massive refugee influx from Sri Lanka.

Sri Lankan refugees fleeing to India is not a new phenomenon as Tamil Nadu had provided them shelter and food since the days of the Eelam War. These refugees landed in Tamil Nadu at different times, mainly to avoid violence. But today, they have left the island country for economic reasons and hunger. Some of them are still living in the state in shelters.

The second generation of refugee Tamils is also living in the camps in the state. They have no identity, don’t belong to any country, and are stuck in the no man’s land. The Tamil Nadu government provides them free education, health care, ration cards, and a meager allowance for their families. They hope to get Indian citizenship, while the older generation is open to returning to Sri Lanka.

Tamil Issue has become political with all the Dravidian parties sympathizing and speaking for them. They all vie with each other to plead for their Tamil brethren. They also put pressure on the Centre for the Sri Lanka reconciliation process with the Tamils. It has also become an issue in many past elections.

India has received refugees from many countries, including Tibet, Bangladesh, Afghanistan, Sri Lanka and Myanmar. According to UNHCR, there are about 200,000 refugees in India. The tricky point here is that India is not a signatory of the UN Refugee Convention (1951) or its Protocol (1967), so the Tamil refugees face the problem of not belonging to a country.

This time too, Tamil Nadu chief minister M.K. Stalin has sought the Centre’s approval for providing the Tamil refugees with humanitarian relief. During his visit to Delhi last week, Stalin revealed to the media that he had also spoken about the new arrivals running away from the Sri Lankan crisis. He has suggested that they could be accorded refugee status and rehabilitated. How far it is correct to send aid to a section of Sri Lankan is a question when the whole country suffers from hunger.

Tamil Nadu puts pressure on India’s foreign policy towards Sri Lanka on three main issues. The other issue pending is the resumption of talks between India and Sri Lanka about the frequent detention and arrest of Tamil Nadu fishermen who stray into the Sri Lankan waters.  The third is retrieving Katchateevu, a small island Indiara Gandhi ceded to Sri Lanka in 1974. The TN Government has been insisting on its retrieval.

Stalin’s government has announced in the State Assembly on August 27 a welfare package of Rs 317 crores, which includes rebuilding houses for the refugees. He proposes to set up a committee for looking after their welfare, including their return to Sri Lanka and citizenship for those who want to live in India. Stalin is also pushing for citizenship for these refugees.

On the education front, Stalin said the government would bear the tuition and hostel fees of 55 students and children of refugees. The cash assistance to family heads would be increased to Rs 1,500 per month from Rs 1,000. The cash support shall be increased to Rs 1,000 from Rs 750 for adults and children aged 12 and below; it would be Rs 500 from the present Rs 400. The increase would cost the exchequer an additional Rs 21.49 crore.

Stalin’s push is in addition to the Centre’s help to Sri Lanka. announced by  External Affairs Minister S. Jaishankar,  during his visit to Colombo last week to participate in BIMSTEC summit. He assured continued cooperation to Sri Lanka in his meetings. Last month India had extended a line of credit of$ one billion and considered request for another billion.

It is indeed an excellent decision to help Colombo at this hour of crisis. India has been concerned about the growing Chinese influence in Sri Lanka as the Rajapaksa brothers lean towards Beijing. China, too, has been competing with India for a better relationship and has invested millions of dollars in infrastructure and building harbours and airports.

While New Delhi should be concerned about the overall grim political situation in the neighbourhood, the refugee issue also needs some attention, or the trickle will become a torrent in the coming days.

In the Indian sub continent, Pakistan is undergoing a political crisis while Sri Lanka an economic crisis which has turned now into a full blown. political crisis The entire cabinet has resigned on Sunday night and   the ruling establishment is clueless. India has to play its role in helping its island neighbour to deal with the burgeoning crisis. (IPA Service)