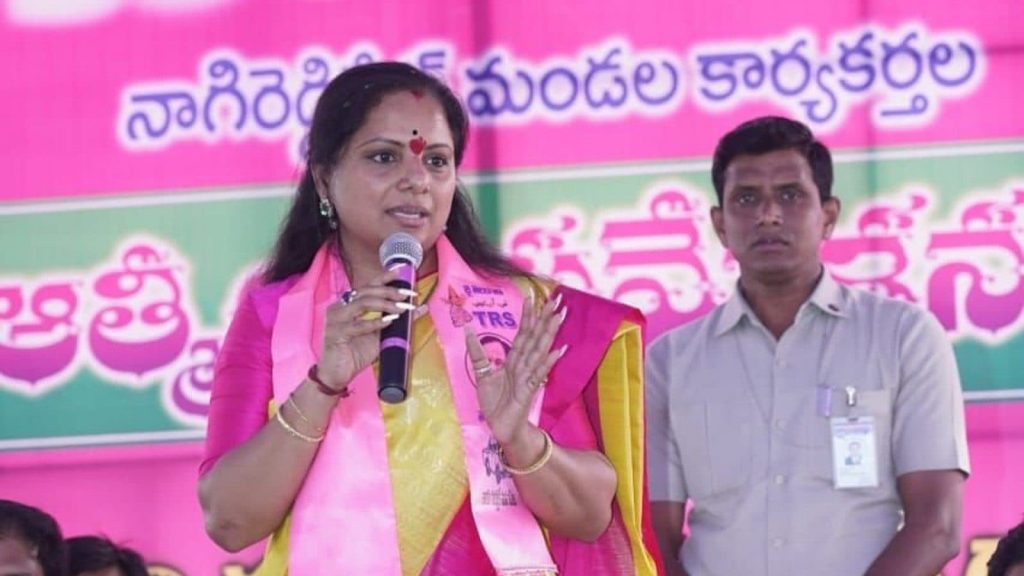 The officials, who arrived at 11 am, left her residence at 6.30 pm. The city police beefed up security near her residence.

Party sources said the former MP from Nizamabad requested the BRS cadre and Kavitha’s supporters to not gather at her residence. As stated earlier when she was served notice, Kavitha reiterated that she will be cooperating with the central agency, the sources added.

Posters in support of Kavitha were put up near her house by her supporters and also party workers carrying her photo along with slogans. One of the posters read ‘Daughter of Fighter Will Never Fear. #We Are With Kavithakka’.

The Central Bureau of Investigation (CBI) had last week informed Kavitha that a team from the premier investigating agency would visit her residence in the city on December 11 for examination.

Kavitha, who has been served a notice by the CBI for recording her statement in connection with the case, recently said she will be able to meet the officials from December 11-15 (except for 13th).

The probe agency issued the notice under Section 160 of the Code of Criminal Procedure and asked her to intimate the place of residence as per her convenience for the “examination” at 11 am on that day.

Under Section 160 of CrPC, the investigating officer can summon any person as witness in a particular case.

After her name cropped up in a remand report filed by the Enforcement Directorate in a Delhi court on the alleged kickbacks in the ‘scam’, Kavitha had said she was ready to face any probe.

The CBI on November 25 filed its first charge sheet in the case against seven accused.

“As per the investigation carried out so far, Vijay Nair, on behalf of leaders of AAP has received kickbacks to the tune of at least Rs 100 crore from a group, called South Group (controlled by Sarath Reddy, Ms K Kavitha, Magunta Srinivasulu Reddy) by various persons including Amit Arora,” the ED had said in the remand report filed on one of the accused — Amit Arora — in a Delhi Court.