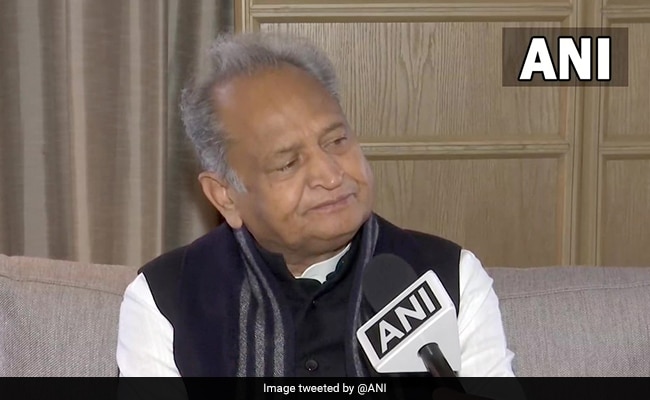 Congress leader Ashok Gehlot on Monday said he has not become the chief minister of Rajasthan on the basis of caste as he is the lone MLA from his community.

Gehlot’s statement has come amid demands from a section to make his bete noire Sachin Pilot as the chief minister, who belongs to the Gujjar community. Gehlot and Pilot have been at loggerheads over chief minister ship ever since the Congress won the Rajasthan polls in 2018.

“Today I am the chief minister… I want to serve every community, be it Jat, Gujjar, Rajput, Kushwaha, Jatav, Brahmin, Baniya, Meena. Because, I know that no one is made the chief minister on the basis of caste,” Gehlot said in a tweet.

In a series of tweets, the CM shared the Sunday’s event in Nadbai of Bharatpur district where he addressed a gathering after laying the foundation of various development projects.

“If all the communities do not love me, do not bless me, then how can I be made the chief minister 3 times… and the biggest thing is that my caste is called Saini, it is called Kushwaha, it is called Mali.” “There is only one MLA of my caste in the assembly, and that is myself… Sometimes, I think that what a lucky person I am, I am so fortunate that the people of Rajasthan have made me chief minister thrice,” he said.

He said that he has been party’s national general secretary three times, chief minister three times and the high command is showing so much faith in him because of the love, affection and blessings of the people of Rajasthan.

The CM said that it will be his endeavour to wipe the tears of every poor of Rajasthan, irrespective of caste, creed or religion.

Tejashwi says he is not bothered by CBI reopening cases