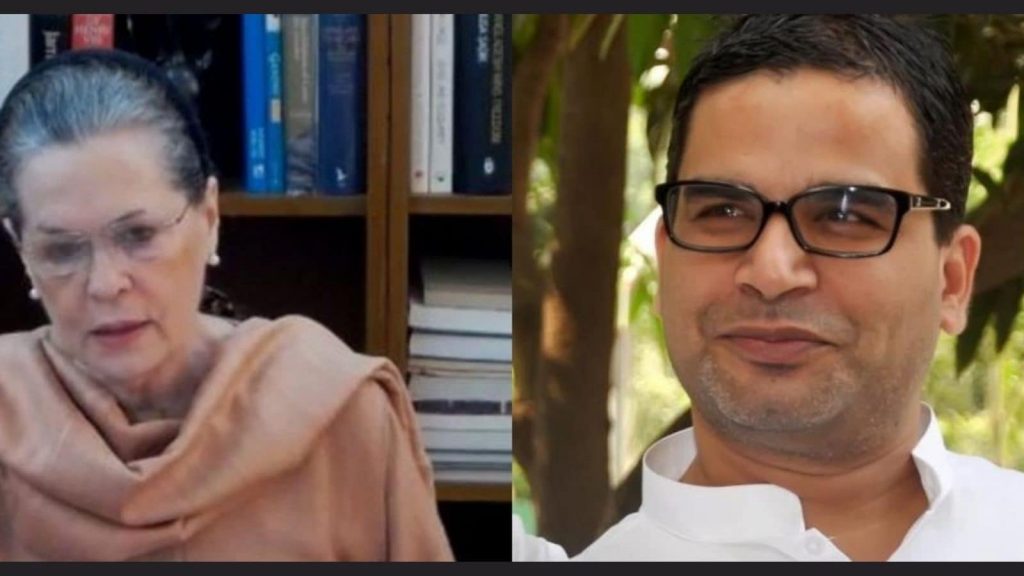 Election strategist Prashant Kishor met with Congress president Sonia Gandhi and senior leaders Rahul Gandhi and K C Venugopal, amid speculation that he will join the party, which has recently faced a string of electoral defeats, sources said.

Sources said Kishor gave a presentation at the meeting which said the party must target 370 to 400 seats for 2024 Lok Sabha elections. He also suggested strategic alliances where the Congress was weak, sources said, adding that the strategist was likely to join the party and ‘wanted nothing in return’.

A small group will be formed to work on the points highlighted in his presentation, sources said.

Top Congress leaders on Saturday met at the residence of party president Sonia Gandhi and were learnt to be discussing the current political situation.

There has been buzz of a slight possibility of Kishore joining the Congress, though sources close to the poll strategist have denied such an event.

The leader had recently resumed talks with the Gandhis about playing a role in resurrecting the Congress in the run-up to the 2024 general election. The two sides had previously disagreed following several rounds of teaming-up talks.

The brainstorming session is to be held later this month to work out the Congress’ strategy to strengthen the organisation at the grassroots level and suggest changes in the party.

Sources told CNN-News18 that the meeting is significant as this is the first time Kishor is meeting top Congress brass. All eyes are now on the path Kishor will take, whether to be the Grand Old Party’s main strategist or a member.

Meanwhile, the G-23 is up against Rahul Gandhi and his team, even as the party’s interim chief Sonia Gandhi has been holding meetings with the dissidents to cull internal rift.

Gehlot govt does a Hindutva pitch on Hanuman Jayanti
Posting....