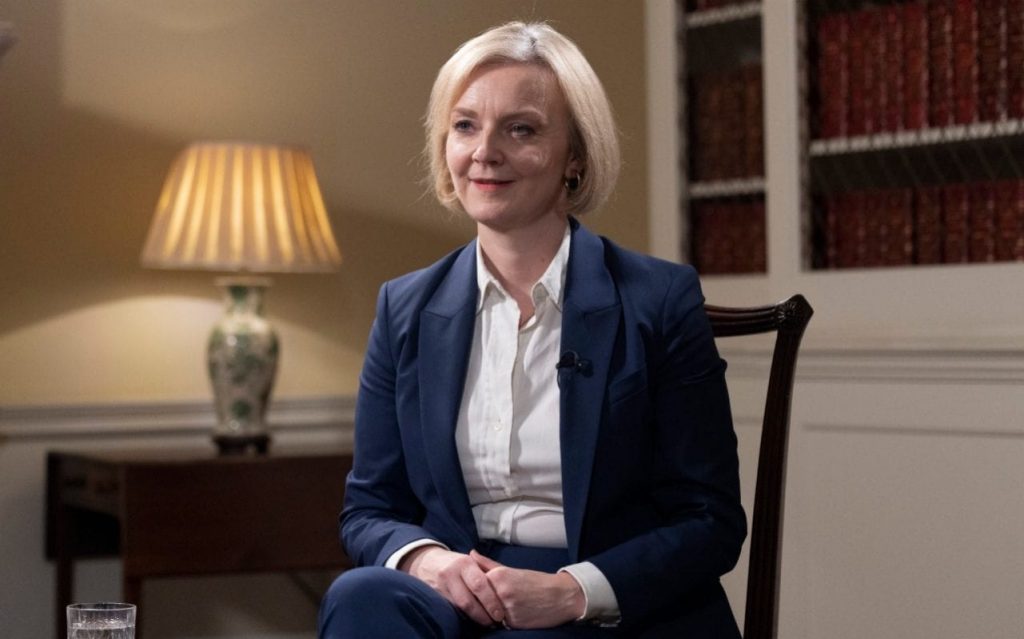 Britons nurse the feeling that Labour Party has lost the opportunity   to take   advantage   of the present crisis facing the Tory Government   led   by Liz Truss. Though its leader Keir Starmer is trying to capitalise on the government crisis, the major section of the Labour leaders are reluctant to share his passion. These leaders hold the view that Starmer has not come out with the alternate economic policy paper to attract the peoples imagination. Starmer is hopeful that the Labour will defeat the Tories in the next general election, scheduled in December 2024.

But it is still too far. Anything can happen during the next two years. It would be naïve to believe that the Tories would wait for the complete decimation of the party. In fact the veteran Conservative leaders keeping in mind the 2024 general elections are contemplating to force Liz Truss to make room for Rishi Sunak. It is interesting to watch that while the Tory MPs are out and out for removal of Liz Truss from the office, the Labour leader Sir Keir Starmer has called on Truss to face Parliament and accused her of being “in office but not in power”.

Some of the Labour leaders do not endorse this line of their leader. They hold this testifies that Keir is not ready with an alternate policy paper. The political scenario prevailing underlines that Conservative lawmakers will try to oust Prime Minister Liz Truss within a fortnight despite Downing Street’s warning that it could trigger a general election.

The Tories are sure that they have the inherent right to choose a new leader in place of Liz and in that backdrop holding of a general election is a distant reality. In fact more than 100 MPs of Conservative Party are ready to submit letters of no confidence in Truss to Graham Brady, the head of the Conservative Party’s committee which organises the leadership contest. Britain witnessed the resignation of three prime ministers since it voted   to leave EU in 2016.

Some leaders have also held secret discussions on replacing Truss with a new leader. The demand for bringing in Sunak as the new leader is gaining ground amongst the 160000 odd Conservative members.  The Tory members hold that with Sunak in charge, the country can withstand the crisis and this will help the party also to refurbish its image. In that case they would not have to face the wrath of the people at the 2024 general election.

It is significant that some economists who had earlier supported Liz have now started endorsing Sunak as the PM They say: “Liz Truss is already a historical figure. However long she now lasts in office, she is set to be remembered as the prime minister whose grip on power was the shortest in British political history.  She blew up her own government with a package of unfunded tax cuts and energy-price guarantees”.

Meanwhile the supporters of the Labour leader Jeremy Corbyn hold the view that Starmer has not succeeded in holding on the recent popularity gains. A recent poll conducted by Times shows Labour leading the way with a lead of 33 points, probably the largest for the Labour Party since 1998. Labour has overtaken the Conservatives with a record lead in multiple polls following the economic turmoil triggered last week.

The Labour leaders point out that their leader Keir Starmer used his party’s annual conference to offer a clear message: this was its best chance to win power since 2010 as the new government’s economic strategy threw financial markets into chaos and the pound crashed. But in conformity to the prevailing political situation he should have taken the entire Labour leadership into confidence and evolved an alternate policy. They believe that the party has to strive to emulate the kind of sustained support enjoyed by former Labour Prime Minister Tony Blair, who governed for 10 years, and convince the public they and the country will be better off under its stewardship.

But it is not happening. There are few takers for Starmer’s words; “We have done hard work in the last two years to change our party, to remake our party. We are really a government in waiting and we have a chance to set out our ideas for the country. That confidence is worth its weight in gold.” These leaders say that instead of using this time frame to undermine and denounce the leftist line and policy of Corbyn, he has not any done precious exercise to provide a new direction to the party.

Sources nevertheless point out that Starmer’s team, or shadow cabinet, has been told not to make any policy statement to show the party can be trusted with the public purse. Contrary to the views of the leaders close to Corbyn, the team members of Starmer claim the party is now more unified and occupies the centre ground of British politics after it shifted to the left under Corbyn with pledges to nationalise large swathes of industry.

Nonetheless Andy Burnham, the Labour mayor of Manchester, said the party had only done “half the job” of appealing to voters ahead of the next election that must be held before 2024. He says” The opportunity is there, but what we have done so far is not enough. We now need to go out that step further and answer that question: what will you do? And we answer boom, boom, boom.”

Chris Curtis, the head of the head of polling at Opinium holds “Labour should make it very clear that they are the party of economic growth. Wealth creation and good public services. Head and heart together. That is how we have to position ourselves when it comes to the next general election. If we can do that then we can win the next election.”

On his part Starmer is trying to persuade voters — especially businesses — that his left-of-center party can be trusted with the economy. Starmer is also facing the tough demand from a major section of the population to reverse Britain’s decision to leave the European Union.

Meanwhile Jeremy Corbyn in his article appearing in The Guardian wrote: “activists and unions are mobilising. They don’t want Tory austerity, or the opposition’s bland managerial alternative.” He cited; “In my 39 years in parliament, I cannot remember a fiscal plan so reckless, arrogant and out-of-touch. More than one in five people – and one in three children – are in poverty in the UK. A quarter of a million people in England are homeless. This October, millions of people will struggle to heat their homes or feed their children.

Unlike Starmer, Corbyn focusses on economy. He strongly feels “I hope Truss and her party have got the message: you cannot treat Britain as a laboratory for your economic dogma. Campaigners and organisers have a message for those in opposition, too: you cannot treat Britain as a focus group for your bland managerialism. Waiting for economic collapse in order to waltz into office provides no assurance to those who are trapped in precarious work, locked out of the housing market, or terrified of impending climate collapse. As the Tories plunge themselves into electoral oblivion, those in opposition have a precious opportunity: to redistribute wealth, ownership and economic power. To end insecurity, exploitation, poverty and homelessness. To build a society grounded in compassion, creativity and care.” (IPA Service)