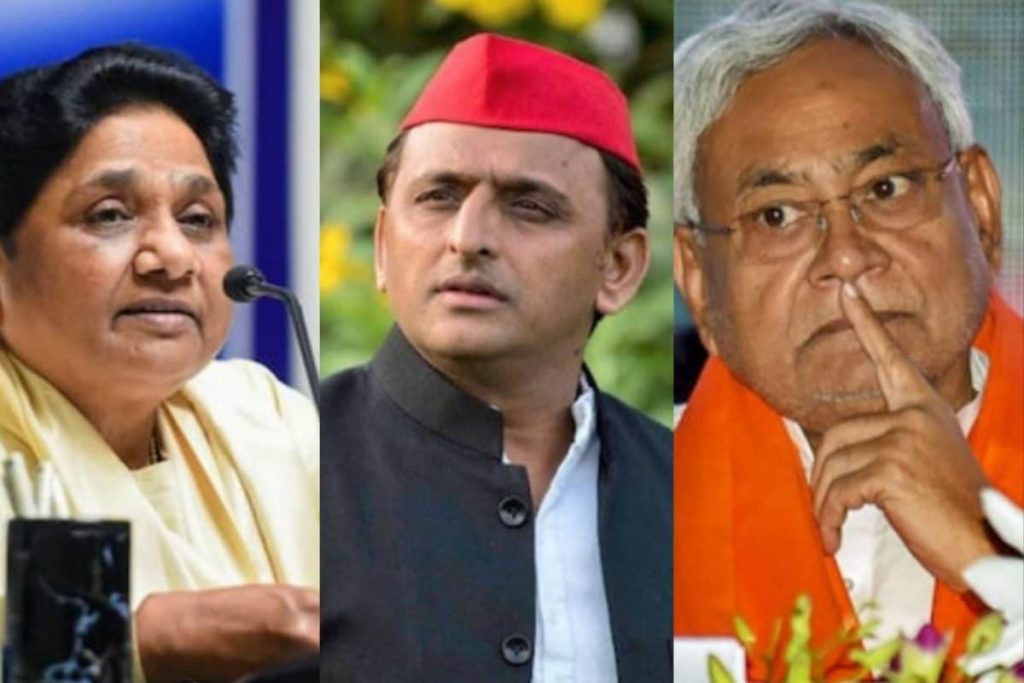 LUCKNOW: The visit of leaders from different political parties to Sefai village in Itawah in Uttar Pradesh to meet Akhilesh Yadav to condole the death of his father and founder of Samajwadi Party Mulayam Singh Yadav   had significance for future alliances by SP to face 2024 Lok Sabha polls.

Akhilesh Yadav got the opportunity to interact with leaders of national and regional leaders which would help him to formulate the strategy for alliances to provide viable alternative to voters to face BJP facing polls for a third term in Parliament.

Much significance is being attached to the visit of Bihar chief minister Nitish Kumar to Sefai village to interact with Akhilesh Yadav. Bihar chief minister Nitish Kumar is working very hard for the merger of erstwhile factions of Janata Dal to project it as the main opposition party to go into alliance with other like-minded parties to take on BJP for Lok Sabha polls.

He wants parties led by Akhilesh Yadav, Chautala, Deve Gowda and his own parties and groups in others states to come together on one platform and start discussion at the earliest. It would be worth mentioning here similar efforts were made few years back but the entire process was scuttled by certain leaders.

Significantly enough after 13 days mourning following death of his father Akhilesh Yadav will have to concentrate on the strengthening the party organisation and state and district units. Akhilesh Yadav Yadav has to re-organise the frontal organisations lying defunct ever since they were dissolved.

The biggest challenge before Akhilesh Yadav is to enlarge the social base of the party. Although there has been growth in terms of MLAs in UP Assembly and vote share percent but Samajwadi Party needs to make inroads in Scheduled Castes and Scheduled Tribes, upper caste and MBC.

Akhilesh Yadav should realise that the continuous victory of BJP since 2014 Lok Sabha polls has proved that the social engineering by saffron brigade has been a great success. So much s, even after farmers’ agitation in Western UP and alliance of SP with RLD, the majority of jat community voted BJP.

The Muslim community with the presence of 18 to 20 percent in the population wants Akhilesh Yadav to take up its issues seen fighting for them. Ever since Mulayam Singh Yadav ordered firing on kar sewaks in 1990 to protect Babri Mosque, he became national leader of the minorities within no time. He was not afraid of   being referred to as Mulla or Maulana Mulayam.

Now it is to be seen how Akhilesh Yadav evolves himself as a leader to negotiate like-minded parties to enter into alliances and emerge as powerful opposition leader to take on BJP in UP Assembly and streets as well to gain substantially in Lok Sabha polls. (IPA Service)