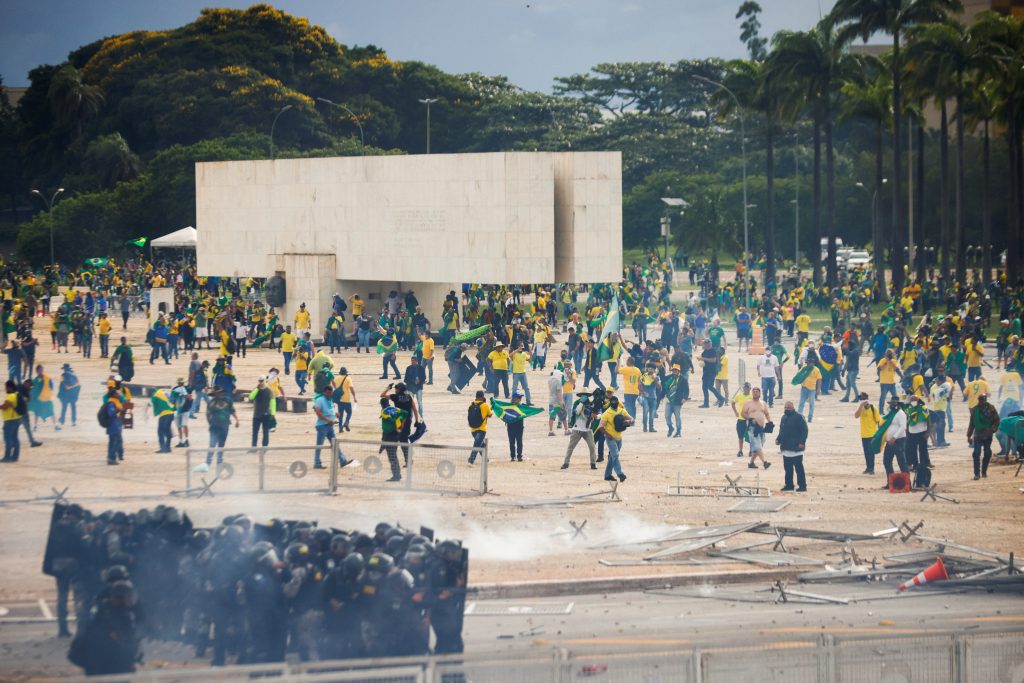 Brazilian security forces retook the national Congress building Sunday from supporters of far-right ex-president Jair Bolsonaro after hundreds of them stormed inside and invaded the legislative chambers, AFP journalists said.

Operations were still under way to evacuate rioters from the Supreme Court headquarters and Planalto presidential palace, which pro-Bolsonaro hardliners also invaded in protests against the inauguration of leftist President Luiz Inacio Lula da Silva.