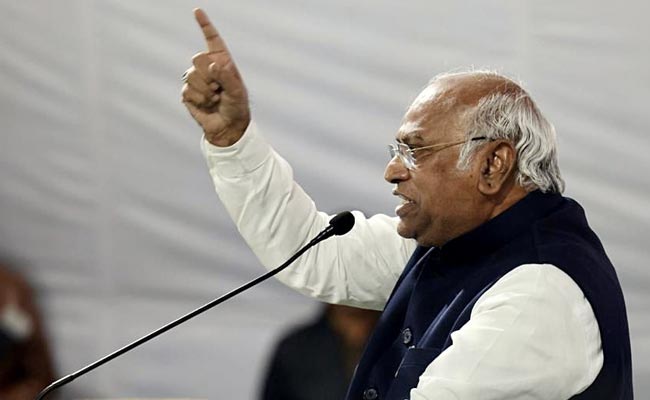 Congress president M Mallikarjun Kharge arrived in his hometown Gulbarga/Kalaburgi to a grand reception last week. A victory in Himachal Pradesh Assembly elections under his belt, Kharge was more confident and aggressive. He took centre stage and was frank when he told two top leaders of the party in Karnataka – Siddaramaiah and DK Shivakumar — that only the victory of the Congress matters to him and individual ambitions don’t count. With this statement, Kharge has sent shockwaves across warring factions of the state Congress.

A local leader and son of the soil, Kharge is aware of the precarious situation and almost hinted that he would personally handle the affairs ahead of the “do or die” Assembly election due early next year. Kharge’s sudden elevation to the highest post in the party has unnerved many state leaders who have their own plans, ambitions and agendas.

Before Kharge’s election as the All India Congress Committee (AICC) president in October, Siddaramaiah and DK Shivakumar were running the party like their personal fiefdom. A weak high command in faraway New Delhi helped them flex their muscle and take unilateral decisions.

An astute politician who talks less and waits for the right opportunity, Kharge is trying to prove that he is no pushover.

The victory in Himachal Pradesh has given him a ray of hope and he wants to win his home state of Karnataka at any cost.

Many leaders in the Karnataka Congress are hopeful of a win in the summer of 2023. Two Chief Ministerial aspirants — Siddaramaiah and Shivakumar — have promised their supporters Assembly tickets and some constituencies have five-six contenders. The Karnataka Pradesh Congress Committee (KPCC) has received a record number of over 1,500 applications for party tickets, making selection of candidates a tough job.

With Kharge at the helm, Siddaramaiah and DKS factions fear many surprises in the selection of candidates. They feel that Kharge will use his discretion and authority to make some changes and he might even take a call on every candidate.