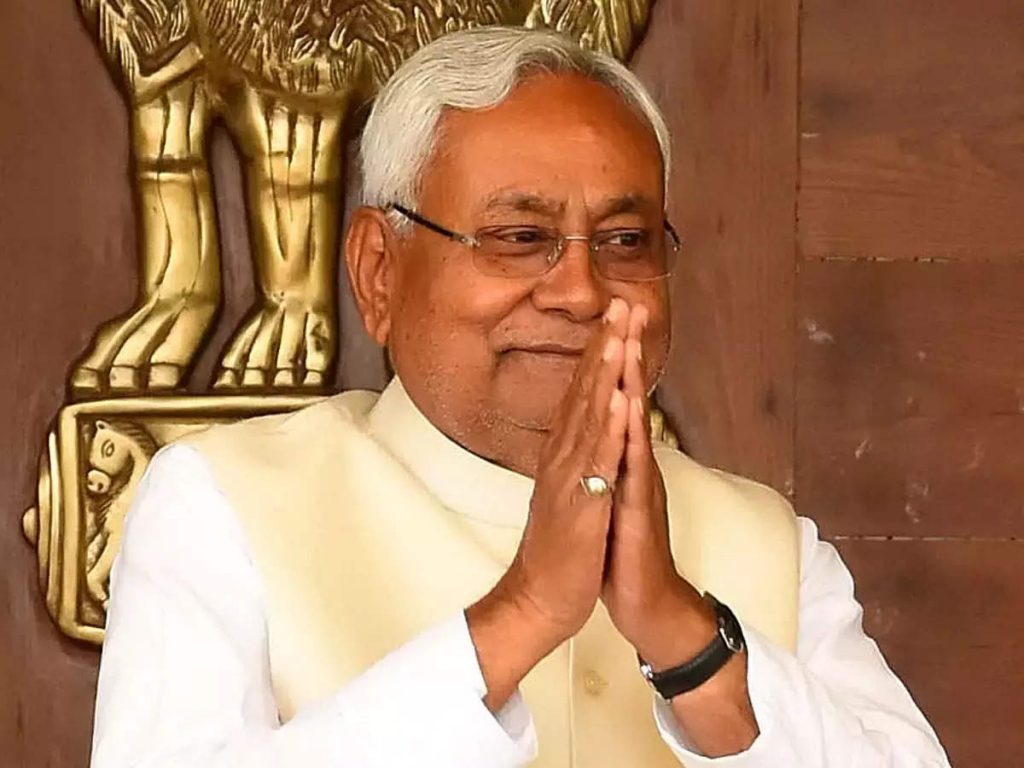 Exploiting the death of the poor in an accident has been most awful pastime rendezvous of the politicians. This apparently got manifest in the death of nearly 50 people in the Chapra hooch tragedy of Bihar. The BJP which has been prime mover of the idea to impose  ban on the manufacturing and sale of the liquor in 2016 has turned lethal post tragedy in his criticism of chief minister Nitish Kumar for his “anti people” decision and has been blaming him as the murderer of the innocent people.

After this gruesome incident, virtuous thoughts and ideas have descended on the BJP leaders and have started describing the gory happening as the grim reminder of Nitish inability in not recognising the terrible costs of his prohibition policy.  Nitish must face the realities and criticism as well, but the BJP leaders owe an explanation to the people that they were so naïve not to construe of the fallacies of the policy.

It was their design to single out Nitish as the criminal who is solely responsible for the 50 odd deaths that had literally forced him to retort “those who drink will die”.  The BJP leaders are painting him as insensitive.  Of course some NGOs, civic bodies and opposition parties had at that point had objected to this policy decision, but his then deputy Sushil Modi, had brushed it aside. How could they did not comprehend that this decision result in loss of revenue and even encourage illegal brewing of liquor, or a new class of liquor smugglers and mafia would replace the legal trade.

Nevertheless the Chapra hooch tragedy is not the sole incident that took place since prohibition was introduced in Bihar. Already a couple of such tragedies involving death of around 40 persons had taken place even while BJP shared power with Nitish till recently. But they never protested against Nitish and his determination to have prohibition.  In the wake of Chapra tragedy they turned aggressive.  They should have mustered courage and conviction as well and confessed to the public that the law was their creation. If they were really concerned of the welfare of the poor people, they should have advised or forced Nitish to retreat. But they did not as they looked at it as a beneficial political decision.

On the contrary a section of Nitish’s party men and his ally RJD were sceptical ever since he implemented it in 2016.  Before prohibition, the government earned Rs 4,000 crore annually from liquor. But Nitish more concerned of the wellness of the poor people decided to continue with the ban not bothering for the Rsv30000 crores loss the state had to incur ever since implementation of the policy.

Prohibition is also in practice in Gujarat and hooch tragedies have also been happening there. But the BJP leaders never raised the issue of deaths in that state. They also did not question the loss of revenue. Only in July this year nearly 50 people had died in hooch tragedy in Bhavnagar and Ahmedabad. The intensity of the tragedy could be gauged from the statement of the then minister Harsh Sanghavi that as many as 10 different police teams were  set up in Botad and Ahmedabad to arrest the culprits and trace out the   chemical used for making hooch.

The comparison is not being made to defend Nitish, but to expose the dichotomy and double speak of the BJP. In the prevail situation where politics has acquired the character of commodity, they are resorting to the politics of marketing the death. The BJP leaders claim that they are performing the task of constructive opposition, but it is not true. Angry at Nitish divorcing them, the leadership is using this incident to malign him and discredit him as a “dushashan” ( provider of bad governance).

There is no doubt that prohibition has given rise to a parallel economy in the state. The price of Whisky, Rum has shot up beyond imagination. Even the poor and a section of the EBC are busy producing local country made brews. A big section of the state police personnel are involved in the racket. Since they have to present the figures of the arrested persons, they implicate the poor toddy tappers to show their performance.  It is a fact that the poor access only unsafely produced country liquor. For cops this is a cash cow. After the land related cases, the cases relating to prohibition have kept them lawyers on their toes.

It is not that prohibition has only the negative aspect. Nitish’s policy of prohibition had wide support among the women. They had openly pledged their support to his prohibition. Faced with BJP’s centrally sponsored schemes tailored for women after 2014, prohibition was Nitish’s desperate attempt to preserve JD(U)’s base among women.

Nitish has been facing flak not only from the Opposition but also from allies like the Congress, CPI-ML and the Hindustani Awam Morcha Secular for prohibition arrests and hooch deaths. Though 4.33 lakh people have been arrested since April 2016, the business continues to thrive unabated. At least 95 per cent of those arrested for the crime belong the poor section. Obviously this action of the police, arresting the people with poor socio-economic background, simply reinforces the peoples’ perception that the rich and the affluent are above the liquor ban.

The BJP Lok Sabha members have raised this issue in the house and demanded from Modi government to take action against the government. They described termed the deaths as “mass murder”. Party’s  MP and state president, Sanjay Jaiswal claimed that spurious liquor sale has been flourishing in Bihar under the protection of police officers despite a prohibition in place. But the chief minister does not take any action against any of them, he charged. BJP’s Aurangabad MP Sushil Kumar Singh  while termed the hooch tragedy deaths as “mass murder” he alleged that Nitish has lost his “mental balance”, he added. “I urge the central government to take cognizance of the (prevailing) law-and-order situation and also take immediate action against the Mahagathbandhan government of Bihar which is responsible for the murder of 37 people (in hooch tragedy)”.

The vociferous attack from the BJP leaders make it abundantly clear that they are exploiting the hooch tragedy to destabilise Nitish government and if possible pull it down from the power. One time friend of Nitish the political strategist Prashant Kishor alleged; “Nitish Kumar is wrongly invoking the name of Gandhi to defend his prohibition law. The Mahatma was never for imposing such things through a coercive law. He was a votary of a change in consciousness. In Bihar, we are witnessing a farce”.

No doubt the BJP attack has turned Nitish vulnerable to political attacks. He had never witnessed this nature of acrimony and challenge to his leadership during his 15 year rule. Instead of suffering with fatigue he would have to assert his authority especially on the police, which has gone berserk and behaving like criminals in Khaki.   Though in the wake of tragedy Nitish had directed the  police officials not to arrest the poor for flouting prohibition, this will not work. He ought  to have a relook at the policy and bring about  some basic amendments. The constituents of the Mahagathbandhan, even the major player RJD have regularly pointed out that a majority of those arrested for flouting the liquor ban are poor people, not the key players.

In March, even the Supreme Court came down heavily on the Bihar government for framing such legislation that has led to thousands languishing in jail and clogging the judicial system. (IPA Service)