BJP’s Campaign For Gujarat Polls Has Turned Vicious And Toxic 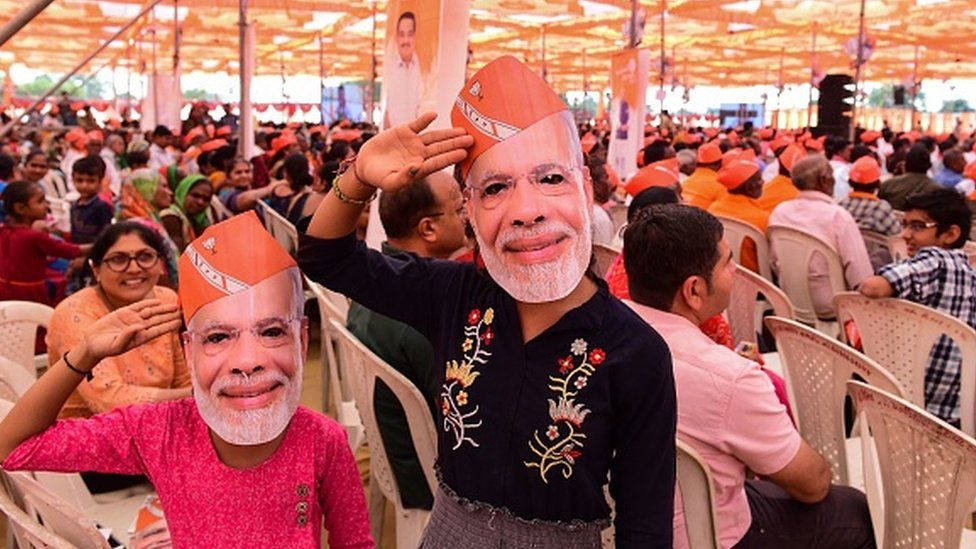 The BJP campaign for the Gujarat assembly election gives an insight as to how Gujarat became the laboratory for the Hindutva forces and how the corporate-communal axis was forged that became known later as the Gujarat model.

Some of Amit Shah’s assertions in his election speeches have been startling for many outside Gujarat, but they reflect how the RSS-BJP have succeeded in inverting the reality and building a false narrative.  According to Shah, the communal pogrom against Muslims in 2002 was actually an instance of “rioters” being “taught a lesson”. They were put down firmly by Narendra Modi who was the chief minister then.  Since then, `permanent peace’ has been established in Gujarat.  Peace of the graveyard as far as the Muslims are concerned.

Shah also accused the previous Congress governments (before 1995) of being soft on communal rioters.  Thus, the biggest pogrom against minorities after independence is now depicted as the firm suppression of rioters who are all presumably Muslims.

It is this sort of warped thinking which has led to the rapists and murderers of Bilkis Bano and her family members to be released from prison by granting remission of their life sentences.  According to the Gujarat government, it was Amit Shah’s home ministry that approved the remission.

The other refrain in the BJP campaign, which was voiced by Modi himself, is that the opposition parties support anti-national or anti-Gujarat forces.  Modi has attacked Congress and other smaller parties for viewing terrorism through the prism of vote banks and appeasement.  So the defence of secularism and the rights of minorities translates into being soft on terrorism and therefore, anti-national.

It is such a bigoted outlook that led to the arrest and jailing of Teesta Setalvad and former DGP, R B Sreekumar, for taking the judicial route to seek justice for the victims of the pogroms.  The current campaign echoes what has been the approach during the entire tenure of Modi as the chief minister – a continuous effort to conflate Pakistan and terrorism with the minorities and accusing the secular parties of minority appeasement and hence complicity with terror.  All those who question this narrative are branded anti-national and anti-Gujarat.

The growth story in Gujarat has been distinctive for the emergence of the corporate-communal regime.  The entire corporate sector and capitalist class rallied firmly behind Modi and the BJP.  The advancement of the industry has been marked by the huge concentration of assets and wealth in the hands of big business and mercantile houses, while the urban and rural workers are paid some of the lowest wages in the country.  The contrast between the high levels of growth of the state’s gross domestic product and the low level of social indicators is stark.

The discontent among the poorer sections and socially oppressed groups due to price rise, unemployment, and lack of educational and health facilities has surfaced during the election campaign.  But as before, the deep-rooted communal polarisation which exists, is sought to be utilised to blunt such anger.

The target of the communal campaign – the Muslims – are themselves living in ghettoized and wretched conditions.  In the cities, there is a visible divide wherein the Muslim localities are in deplorable conditions deprived of basic civic facilities.  The BJP is confident that its mix of toxic Hindutva propaganda and promises of more benefits to labharthis (beneficiaries) should be enough to get its way with the electorate.

There is nothing to check the poisonous communal propaganda. It has become normalised because of the failure of the election commission to intervene and act against repeated violations of the model code of conduct in previous assembly elections and the Lok Sabha elections of 2019 when Narendra Modi and Amit Shah were the culprits.

Regarding this election campaign in Gujarat, a retired senior civil servant, E A S Sarma, had written to the election commission to take action against Amit Shah for his speeches violating the model code of conduct and invoking the provisions of the Indian Penal Code. There was no response from the EC. After all, in the new dispensation, it is the union home minister who sets down the law in such matters. (IPA Service)