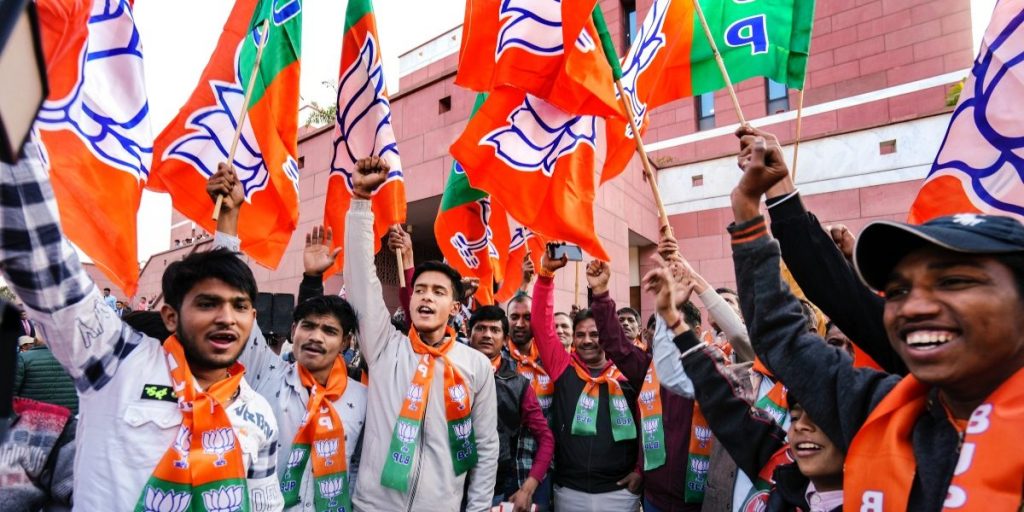 Gujarat and Himachal have voted for two opposing national parties. While Himachali voters rejected the BJP and upheld the tradition of electing an alternate every five years, voters in Gujarat gave the saffron party its biggest victory ever and seventh straight term. With over 52 per cent share, and 156 of 182 seats, Narendra Modi magic has worked again in Gujarat, although he moved to Delhi eight years ago.

The Modi mantra of good governance, development welfarism infused with the cultural resurgence of Hindutva—known collectively as Gujarat model—still pays dividends. For Prime Minister Narendra Modi and BJP, 2022 is ending on a high note as they expect the momentum gained in successive victories in Uttar Pradesh, Uttarakhand, Goa, Manipur and Gujarat will be carried forward next year when elections will be held in ten states, including the key ones like Madhya Pradesh, Rajasthan, Chhattisgarh, Karnataka, and possibly Jammu and Kashmir. Winning Gujarat has been on expected lines, still, the historic Mandate in their home state has come as a matter of personal satisfaction for Modi and Union Home Minister Amit Shah.

The cacophony of victory chants at BJP headquarters may have drowned the loss in Himachal Pradesh and the Aam Aadmi Party’s victory in the Delhi municipal elections, but the road ahead for 2024 Lok Sabha polls is not devoid of challenges for BJP.

Voters appear to reward strong leadership and punish weak contenders-– perhaps, a lesson for future electoral battles. Although Himachal’s BJP Chief Minister Jai Ram Thakur won his seat with a record 76 per cent votes, and got the BJP most seats in his home district, he was not seen as an assertive leader in rest of the state. In Gujarat, Bhupendra Patel, a first time MLA chosen to replace Vijay Rupani, too, faced, similar challenge. But the Gujarat electorate voted for Modi’s charisma and Shah’s strategic acumen in the absence of any creditable opposition. Similarly, in Delhi, the electorate gave the nod to AAP which sought votes in name of chief minister Arvind Kejriwal.

During the 2017 assembly polls in Gujarat, the BJP faced multiple challenges. Demonization, the introduction of GST and rising prices had disillusioned the trading community. The politically important Patel community was in agitation for reservation. Moreover, Modi was focused on Delhi while Congress leader Rahul Gandhi undertook multiple tours, visited temples and even asserted his Brahmin heritage. People took notice of the challenger as he courageously took on Modi. However, certain comments by Congress leader Mani Shankar Aiyar gave the BJP a chance to regain lost ground, and the party managed to retain power with 99 seats, while the congress won 77.

Since then, the BJP worked hard to remove the adverse factors. The 10 % reservation for economically weaker sections helped it won over the Patidars, as did the installation of a Patel chief minister. The BJP went on a door-to-door campaign, with shah micromanaging electoral strategy. The party opened the doors to Patidar Congress leaders like Hardik Patel, OBC leader Alpesh Thakur and 19 congress MLAs. The GST rates of several items were rationalized. The BJP had another constituency to address which had been historically been with the congress—tribal. Many of them were won over with the decision to nominate Droupadi Murmu as the first tribal president of India.

When the votes were counted on December 8, the BJP won most of the seats in Patel dominated Saurashtra and also in tribal areas. While the Congress ran a low—key campaign, the BJP pumped in its star campaigners including central ministers and several chief ministers to campaign across the state. It also pushed Hindutva agenda by promising the uniform civil code and giving ticket to daughter of a Naroda Patiya riot victims. The decision to release convicts in the Bilkis Bano case was an attempt to polarize the campaign so that core BJP voters would step and vote. As it turned out, the 2022 verdict was even better than 2002 verdict after the Gujarat riots when the BJP had won 127 seats. (IPA Service)