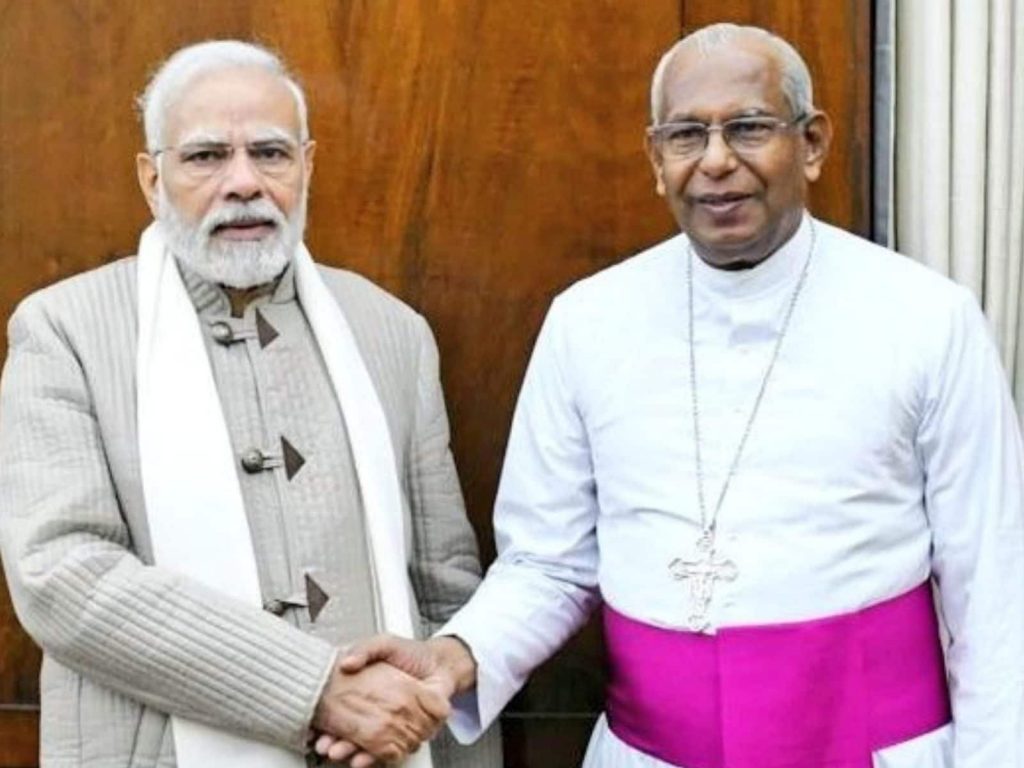 The Bharatiya Christian Manch, headed by Bharatiya Janata Party (BJP) national spokesperson, has begun an outreach programme with the community to promote the development agenda of Prime Minister Narendra Modi.

This comes days after Mar Andrews Thazhath of Catholic Bishop’s Conference of India (CBCI) met Modi in Parliament. He spoke about extending a fresh invite to the Pope.

Speaking about the event organised in Meghalaya House, Tom Vadakkan, spokesperson, BJP, said it is an outreach programme towards the community and added that the platform is for everyone.

“We have attended Christmas celebrations of the new president of CBCI. Two of our members went there and there is an interface with the Catholics. The outreach is part of an exercise that we always wanted and is now fructifying,” he added.

Reaching out to Christians, especially Catholics, remains significant, with their presence in states such as Goa, Maharashtra and Kerala.

Delhi | The matter of discussion was about the invitation to Pope Francis. He said he had already invited him and he would see that the Pope comes to India: Archbishop Mar Andrews Thazhath on meeting with PM Narendra Modi(Pic 1 source: MoS V Muraleedharan’s Twitter handle) pic.twitter.com/WsbjnVCfV1

With every seat vital for the party for the 2024 Lok Sabha polls, interactions with various communities, especially those who traditionally don’t vote for the party in majority, is on the ‘to-do’ list for the BJP.

Vadakkan said, “We want to make them understand the development agenda of the Modi government. They are cooperating with us. Catholics are in Goa, Kerala and Maharashtra. They are the ones who are connected with the Pope.”

Recently, Union Minister of State for Minorities, John Barla, too, invited religious leaders from the community at his residence to celebrate Christmas festivities. The event was attended by Union minister for minority affairs Smriti Irani.

“We will have lots of seminars across the country specifically for the Christmas community. So far, the connect was with the Protestants and Baptists. Catholics have now emerged as a group whose problem we have started to understand and hence the outreach,” said the BJP spokesperson.

Russian And U.S. Diplomats Are Confronting Each Other In Bangladesh